Matchday One starts with Lazio, a not so friendly beginning.

With the news of Fernando Torres arriving from Chelsea to Milan for his medical hanging over the team, this match will have it's upfront challenges.  The offseason has been a bit of a nightmarish distraction and while the purchase of Torres is being met with all kinds of different feelings the moral of the story is that this team has a job to do and needs to focus.  It is Fillipo Inzaghi's first match in charge and he goes up against a seasoned veteran Coach in Stefano Pioli who has had his fair shares of ups and downs.

Lazio were a surprise team last season at the start but ended up finishing one spot below AC Milan at 56 points, one less that Milan's 57.  They have also added some players and now have a solid squad to be exercise Pioli's practical tactics. For once the former Chievo man actually has some players to come out swinging instead of playing David to the Goliath's of Serie A all the time.  I expect a lot of good movement by the fullbacks and play in wide areas with Parolo, Candreva and Klose interchanging for some dangerous attacks.  The Milan defense will have their work cut out for them.

Speaking of defense we will finally get to see Inzaghi's team take shape.  Will it be Rami and Alex or will Pippo begin the grooming process of Albertazzi?  Does he start DeSciglio and Abate or will he move DeSciglio to RB?  This is a very weak defense and the lack of playing time and chemistry together will cause problems early on.  The same question can be asked of the midfield and while it appears Nigel De Jong is ready to play the trio of midfielders is also a bit of a work in progress and they will have their work cut out of for them.  They will at least have the benefit of an opposing 4-3-3 formation meaning the midfield battle will be relatively even from a numbers perspective.

In attack we will seen the return of the SES and Pazzini combo, it was lethal a few seasons ago, but that seems like ages. Menez returns to Serie A against his old Derby rival, and it will be interesting to see if he has grown as a player or if we will see the same one dimensional winger prone to diving we all know and hated.  Time will tell.

At the end day, seven seasons in, I am not going to venture a prediction, but I will say this.  Sunday starts a very difficult journey, it will at times get ugly and at times I am sure we will be moved to celebrate even in small doses.  We can't panic, we must stay kill and as our friend PICA always reminds us... 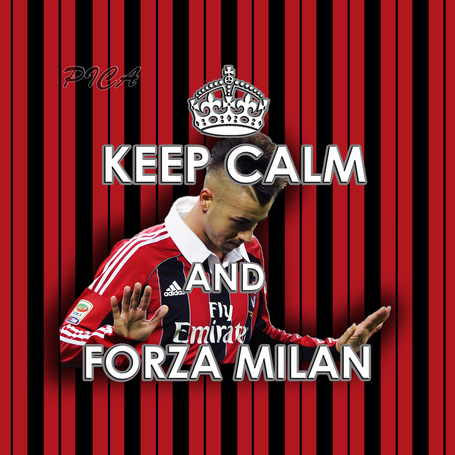