The Sky is Falling

Why I'm worried about more than just next season

Share All sharing options for: The Sky is Falling

I cant wait for this season to end, I feel the way Jack Bauer looks at the end of every season of 24. Bloodied, scarred, limping about with a bullet wound after tons of back stabbing, double dealing by rogue parties working to benefit their own agenda regardless of the casualties with some gratuitous torture thrown in to lift the mood every once in a while, sound familiar?

Ok, so we aren't CTU but you have to admit that there is a striking resemblance to the past few seasons at Milan. I had accepted that Allegri was gone and happy it eventually happened as it was getting embarrassing to see a Club leaving their coach to dangle in the wind. Unfortunately, whether you were Pro or Anti Seedorf we find ourselves back in the same stupid position where the coach gets rolled out at press conferences and has to deflect silly questions about whether he will still be taking questions at next weeks presser. 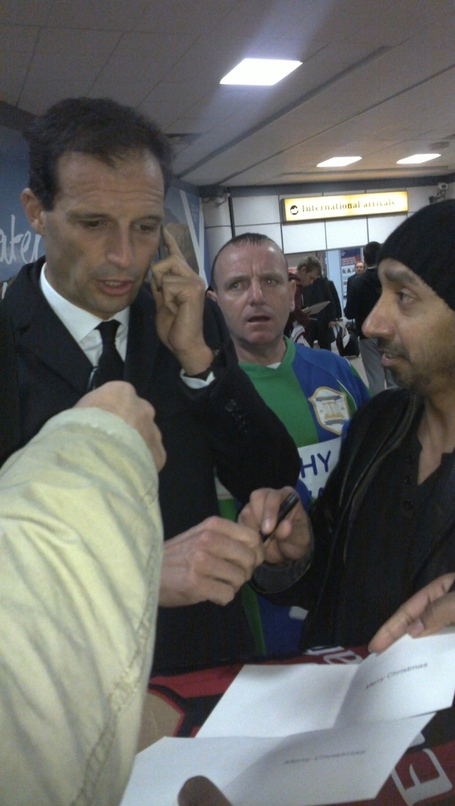 I couldnt believe it as i watched Allegri being undermined last season by Berlu when we were trying to claw ourselves a CL berth but now find ourselves with a coach no one "upstairs" will publicly back whilst demanding that a Europa league place is guaranteed. Anyone else getting de ja vu??

Next season we will or wont have Seedorf in charge. But so what? Why would that even matter if the level above him has a power play unfolding? What chance will a coach have if Babs & Fester are still scoring points off of one another? I didnt like the joint CEO thing then and im more certain now that its a stupid idea. Fester has proven to be the best in the business when backed by cash but has played his part in us getting to where we are today. Maybe Fester has run his course but im far from convinced that Babs is the one to lead us and we can thank Berlu for this stupid idea. I for one wouldnt mind the Roma model where the whole existing clan go and someone new and fresh comes in and starts from scratch but for this to happen we need Berlu to sell but he once again rubbished any idea of him selling him and feel kinda frustrated.

At the moment i see us stuck in a loop for the near to mid term future that only raises more questions than it actually answers.

What happened to the bloody youth movement? Now i'm reading we are looking at 4-3-1-2 for next season? Who replaces Fester if he goes at the end of this season?  Seedorf/Inzaghi/Donadoni in charge? With Berlu still at the helm hiding his wallet?Etc, etc.

That doesnt really sound appealing to me to be honest and is no way to run a club as big as ours. I've used this analogy before but its akin to watching someone buy a Ferrari then a few years later start to scrimp on keeping it road worthy.

We now have mismatching wing mirrors with dodgy paintwork on a couple of panels with people pointing and staring for all the wrong reasons when it drives past.. I dont have any answers im afraid, im just a Milanista who would dearly love to see his club at least headed in the right direction. Me and Gian frequently mention the "Wilderness Years" and I feel that we are about to repeat that journey, i warn you now, it wont be pleasant!