A Crapfest! Shitty no matter what way you cut it!

Share All sharing options for: A Crapfest! Shitty no matter what way you cut it!

Man, that was awful!

Even our last game of the previous season couldnt prepare me for Saturdays performance. It was piss-poor from start to finish from all 3 sections of the team. Didnt matter what formation Allegri chose as we simply displayed no cohesion or sense of tactical nuance WHAT. SO. EVER. We appeared to keep no shape with some of the squad just running around in seemingly increasing circles 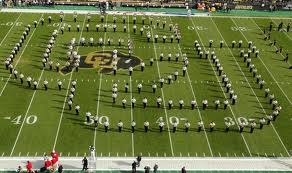 So as Berlu sat in his house, getting himself nice and cosy for the impending house arrest i have to wonder what his part is in all this.

For all the "yung uns", Papa Berlu bought this club when it was on the verge of a financial abyss. Berlu has long said that he bought he club as he was Milanese and wanted to make it the most illustrious club in the world, a statement even Baresi admitted to scoffing at when he 1st heard this but fast forward 20 or so years and Papa Berlu has delivered, in triplicate.

So why again are we staring into the Abyss?

Yes we have the the 2nd most expensive squad in the league but that is hardly Max's fault. What i can maybe fault him for is his repeated slow starts to the season........every season! I mean like come on!

Kaka. As much as it would be easy to pin it on him he is simply another cog in an inefficient machine. Whatever ideas Jesus boy had of coming back into the squad and reliving past glories will have been shattered as Kaka watched the remainder of the game from the bench with a shell-shocked expression quantifying exactly what a large mess he was now part of. It will take time for someone like Kaka to come into the current Milan Melee and find a rhythm but it will take even longer now as the team struggle to figure out what they are meant to be doing. He is not the problem, he is just another part of it. His announcement that he wont take any pay whilst out injured though is very welcome however! Class as always Ricky! Kaka may still come good but its going to take some time i fear, he may have looked good in his random Madrid appearances but look at who he was playing alongside there but as i watched him run around aimlessly i didnt scowl at Max, i was thanking Belru & Fester for not bringing in Honda instead.

Milan are no longer competing to sign the Ozils or Bales, that is the fault of Berlu and the Board, whatever we are doing with the money the club earns its not going into buying mega talent. Berlu's political future is pretty much in a state of critical mass and very soon about to supernova, he wont be allowed near politics in future which in theory could mean he concentrates on his past love once more but......he doesnt have the financial clout like in the days of old and being hit with £500Milly fines wont help. I also doubt that whether we will ever see Berlu splashing the cash like days of old when you read so many past statements from Galliani stating that the club now needs to become self sufficient. 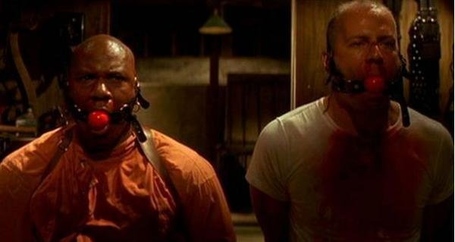 We might all simply be over-reacting, for all we know Milan might simply charge up the table again like we did last season but Max is now into the last year of his contract. This might be making matters worse however as why should the player bust a gut for a manager who could easily get the chop between now and December?

For all of those who have longer memories, you will recall that both Sacchi & Capello had two stints at coaching at Milan which, to be kind, ended pretty abysmally. Sacchi blamed it on not being able to get the players to sacrifice themselves for the good of the overall team whereas Capello cited issues with the players not being "his" ie he was viewed as an outsider who the players simply didnt rally behind, i fear the same might be happening to Max.

As i looked on enviously at Mazzzarri working his magic over at the merda i have to admit to pining for a change but then wonder just what difference will a new coach make?

Whatever Berlu is doing right now i hope he is looking at the league standings and is worrying about the Celtic game tomorrow, i know i am!

PS: in the same way you wouldnt walk into a bar and jump into a conversation being held by a group of strangers, if your new or its your 1st time commenting here please introduce yourselves before jumping in with an essay.