The First Ride, that Went on Forever

The highest praise I can give a new ride is that I never wanted to get off it to write this review!

Share All sharing options for: The First Ride, that Went on Forever

For those who have been following along, this off season I embarked on a custom bike build with some incredible from the team at Franco Bicycles in California.  As I waited patiently for the bike to arrive via FedEx, I couldn't wait to experience one of the coolest parts of getting the new bike, the unboxing! 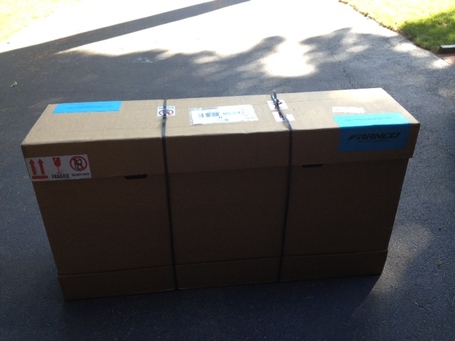 It came earlier than expected, and I came down with something at work that morning, so I managed to stay home.  The minute it arrived I was surprised to see how large a box it was, and more importantly how light the box was!  Mrs. ACMilanOffside walked right over and picked it up no problem.  Then began the unboxing. 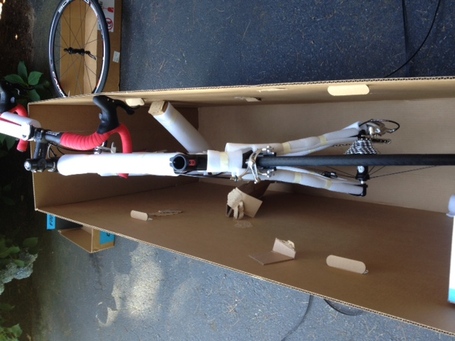 Slowly and meticulously I unwrapped and assembled the very few things that needed assembly, front tire and seat post.  Everything was fitted up as I noted in Part I and II and bike was up and ready in less than 15 minutes!  I have to admit the ready to ride box was very cool, and made it very easy to assemble.  I consider myself fairly handy, having worked on my single speed but this was beyond simple.  With that I suited up and disappeared down the road, what happened next I wish I could have bottled up!

Having never ridden a full carbon bike before, the immediate feel and response of the machine was incredible.  The Campy grouppo was silky, and it felt like every single pedal stroke was being delivered directly into the pavement.  What I was planning to be a 25 mile, get a feel for the bike ride, quickly became 50 and as I rolled back home I had ascended, sprinted, and descended like a mad man.  The handling, impeccable and the comfort or maybe just shear joy could have kept me on that thing for many more miles if a conference call wasn't beckoning at home!

Oddly enough, that shiny new toy feeling has not subsidized, in fact even now as I write this I ponder why I didn't stay out longer on this beautiful morning.  If it is raining, I get crabby, I just want to ride!  Simply put there is no better praise I can give a bicycle than never wanting to get off it.  The Red and Black Bike Build was a TOTAL SUCCESS!

A Little Diversion From the Usual Football