There IS a plan!

Share All sharing options for: Don't order that Bayern Shirt just yet!

For those who may have missed it back at the end of July, Milan released something called the Sustainability Report, someone recently posted a link to it last week (sorry, i forget who it was) and can be found here and will now become a yearly report.

I wanted to pick out some of the finer points as i believe that they give us a genuine reason to be optimistic as it demonstrates that things behind the scenes are definitely changing from the good old days of Berlu's smash and grab spending.

In the 2012-13 season the average number of players in the squad was 32. The commitment of all the players that wear the Milan shirt is that of maintaining a high level of competitiveness of the squad so that they are always able to aim for the maximum results through discipline, the dedication to work and sacrifice.

Economic-financial and sustainability calculations aim to bring the number of players in the squad to a maximum of 25, with a cost equal to 50% of revenue.

This is a good point to remember for all those wondering why we still have Traore or (insert name of least fave Milan player) you can take some solace that they are not entirely safe. I like the fact that this has been announced in such a matter of fact way because it will serve a warning shot across the bow of some of the bit-part players to not get so comfortable and at the least will ensure that more effort is applied for the brief appearances made throughout the season.

Milan, with one of the highest wage bills is looking to ensure that the cost of the squads wages is around 50% of the clubs revenue. 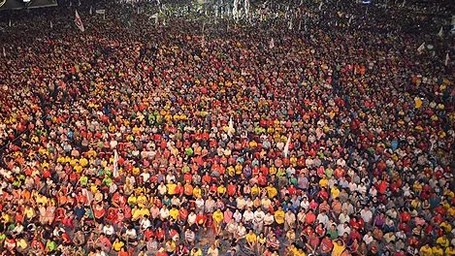 Scouting is a fundamental activity for the youth sector, above all for the lower age groups. Through the work of the scouts players are recruited starting from the squad of the Pulcini (under-9s). A good selection in this age group avoids excessive interventions in the higher age groups that could drive the club to major investments in economic terms.

Something i didnt know was that Milan allegedly have 121 football schools (121!) with bulk of these in Italy with a handful spread over Algeria, Australia, Egypt, Gabon, Indonesia, Japan, Kuwait, Poland, Portugal, Spain Switzerland & the US.

Obviously we have long lost the silver tongue of Leonardo but i for one expect to see Milan push through more players from the Primavera and sign more kids from across the globe at a younger age to get them into the system at a lower (and cheaper) level.

1- Initiatives and promotions to incentivise fans to buy merchandise

Finally! The club have woken up to the idea that they need to diversify all the different ways to generate income.

The decision to locate a new headquarters that represents the main activities of Gruppo Milan was the response and the valid element of the strategic decision taken by the company – a new model of sustainable business that searches for the maximisation of revenues through the extension of the brand (in products, services and markets) to support sporting excellence.

The new headquarters that will be inaugurated in 2014 will allow:

Again , i think this shows that the club had gotten on board with the idea of generating income from as many different avenues as possible and making them into long term finance revenue streams, i will concede that its something that we should have done sooner but at least it's something that is now being taken seriously by the Milan board.