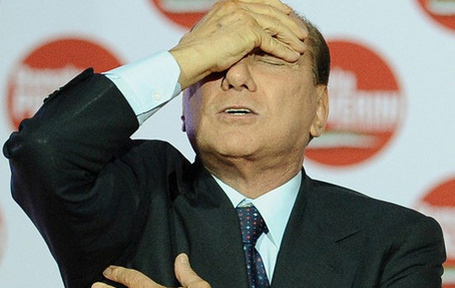 First of all I want to congratulate Milan and all the supporters who hung around until the very end. What an awesome season that was! Never did I expect Milan to splash the cash on Balotelli. I never expected El Shaarawy and De Sciglio to improve so quickly or for Montolivo to become such a consistent top class player. All around improvement from all our guys and the unbeaten run was certainly a testament to that.

On to business now. What the hell is going on in Milan! Allegri has been confirmed as coach for next season after all the hoopla. Allegri has many supporters but I can't help but wonder if this is the best for the club. Berlusconi definitely doesn't like him and one has to wonder how long this relationship will last when we are trying to build a long term project.

Speaking of project, 4-3-1-2 again! The arrival of Saponara and Diamanti would be excellent purchases as they are both natural trequartistas, but what about the Pharaoh, Niang and all the hard work the team has put in this past season to work on the 4-3-3 system? El Shaarawy and Niang even though not natural wingers thrived on the wings and its unclear if Stephan will even cope well as it is on the left wing where he rose to stardom this season. There is a disconnect between management and coaching staff, that much is clear.

I don't know if they realize but we don't have time for the circus with a Champions league playoff looming this is going to be a very short pre season. We need direction, certainty and to get in the signings as quickly as possible. Whatever management wants to do I'm all for it but for God's sake at least decide with conviction so the fans don't second guess what you're doing. Even the Ultra's don't get what we are doing and they live there!