Thank God THAT season’s over!

I need a holiday! a new sport!

Share All sharing options for: Thank God THAT season’s over!

Honestly, I cant remember a recent season that has been more of a roller-coaster than this one. In the end we managed to effectively limp over the finish line to secure 3rd in what was literally a last gasp win against Siena and to be honest, once I had stopped jumping around the living room and managed to let my pulse settle, I felt as much a sense of relief come over me as elation. 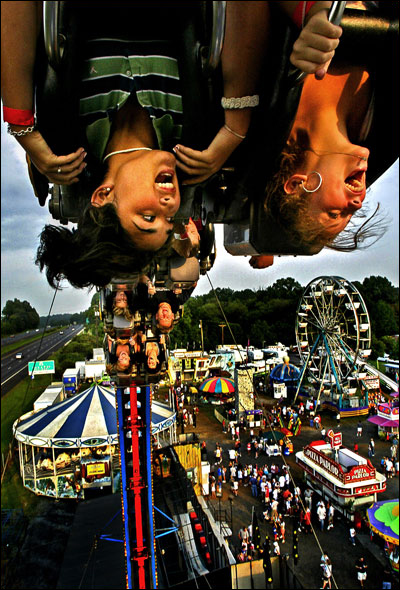 Relief that we had managed to secure CL football for next season, relief that the season was finally over. The season had started off pretty badly for me on a personal level and have to admit to having effectively blanking the 1st month or so of the season and when I did finally get myself back into the mix it was quite clear that we were digging a hole for ourselves.

Lack-lustre performances from players who didn’t appear to be interested and a coach who didn’t know who he wanted to pair in central defence, this was going to be bad …………..and it was. We nosed dived the first 2 months but through gritted teeth told myself that we had recently gutted the team and we needed to factor for "growing pains".

We got into gear after sticking a dagger into the hearts of Juve and then appeared to wake the f*ck up as we steamrollered our way up the table, later Balo joined the party and we carried on (with a few hiccups here and there) partying our way to the top end of Serie A.

All the pundits, after leaving us for dead, started to repeat that fact that had the season started in November Milan would have pretty much sat at the summit of the table for the majority of the season. Whatever little blips we had midway through the season I cant help but curse our shoddy start. Whether you want to blame the management, coach or squad (I hold all 3 accountable) I think there will be agreement that next season we HAVE to come out of the gate at full speed, even if its 1-0 results won by attrition, we need to make a solid start to the season and maintain it.

I hope this season has served as a lesson as to why you don’t/shouldn’t completely overhaul your squad? Its also another reason im glad we kept Allegri, as a change in coach could also reset the squad and the identities they had only just came to grips with. I just hope he is given resources to work with.

A part of me cant help but think that Allegri still hasn’t been fully endorsed by Berlu and have nothing more than a gut feeling that this issue still isn’t resolved but will leave that for another discussion. I cant help but admit that I’d rather have a coach that Berlu was fully behind but expect that if Allegri has a spectacular season Berlu will be there to hog the limelight!

SES. Our wonder kid. Allegri owes this kid big and he knows it! But I would also argue that SES owes Allegri to a lesser degree as he was pretty much built around imo once it became apparent that he could deliver the goods.

Balo: After the intial trepidation from most of us (and mindless racist slobbering from others) Balo landed in Milan and boy has he made his presence felt ever since! YTOWN made the point that Balo actually out performed SES in his time at Milan and have to agree with this assessment. Make no mistake peoples, we have a total weapon on our hands! Again, a little credit to Allegri also for getting the best out of a player alot of people (including Mourinho) failed to as I think this has easily been one of his best seasons.

Constant: After being much maligned, Constant has easily proven that he is genuine LB material as opposed to being a makeshift mistake waiting to happen and was a beast against Juve.

Monty: Yes we had him wrapped him up a season before he eventually joined us but I think he was worth the wait. He was a bit hampered at the start of the season by the lack of identity of the over all team but once they gelled Monty easily came to the fore. Pir-who?

De Scig: (aka The Scig): Yay! We have a proper LB! Although initially deployed as RB ive been hankering for ages to have him on the left whenever Abate is covering the right. Still young and still has to learn but he is def on an upwards curve, prone to mistakes but that is more lack of experience showing rather than lack of talent.

Milan 2-0 Barca: We bossed them in our backyard! Even Zonal Marking says we bossed it! :D

Binho: apart from one off performances here and there he generally stank up the field whenever he was on. His most memorable performance was watching him celebrate from the sidelines as we put Barca to the sword. He needs to go. Thanks Binho

Prince: again like Binho overall he was poor when compared to his first 2 seasons and I still question his efforts on the pitch, did a great job of terrorising Barca at the San Siro but feel we have long seen the best we are going to get from Prince. Bye Prince (or should that be BUY Prince! …..Please! …..I’ll throw on Bojo the clown for free!)

Bojo: when he’s not moonlighting as a member of a boy band during the week he can be found falling all over the San Siro pitch. Billed initially as a clown by Gian, where as I was more positive when we signed him, I have to go with Gian’s assessment. He gave us nothing and was largely useless whenever we were chasing a game and he was thrown into the mix. Yes, that’s what we need whenever we are pushing for a result, tons of sideways passes and all the physical aggression of a plucked daisy that has been wilting in the sun for 5 hours. Sorry Fester, his signing was a total fail, but you cant always pull a rabbit out of the hat, sometimes you pull a total clown!

Games: Some of the performances were terrible in a few of the games, we need to play every game next season like we are already 2 goals down damnit!

Feel free to fanpost your own journey undertaken this season as i'd like to read how everyone else viewed it!

Was it as bad as you thought it would be or did we punch above our weight?

On a personal note, our host Gian is getting hitched this weekend, i desperately tried to talk him out of it but you just cant sway an Italian once his mind is made up, i'd like to wish the happy couple all the best and a blessed & joyous union!