The Return of Willy Wonka??

Sometimes a second helping of chocolate is bad for you!

Share All sharing options for: The Return of Willy Wonka??

The rumours are gathering pace that club legend Seedorf could be installed as Coach of AC Milan at the expense of the incumbent Allegri.

Being an admitted "Berlu-kinda-guy" I thought I would attempt to give some insight into where Papa Berlu might be coming from.

Seedorf is nothing short of a football genius who has played pretty much at the highest levels of football over the last 15 years and holds a record for a player winning the CL with 3 different teams but I’m not here to educate any Milanista on Seedorf.

Why not choose Seedorf as your coach? He knows his football that’s not disputed but he is also fiercely intelligent and one of the few footballers whose words I enjoy reading. Whenever he plays TV pundit during a football competition he appears to have an air of poise and consideration that is almost similar to the way he used to play (although I would argue towards the end of his Milan career he used to "ponder" on the ball a bit too long for my liking!).

It’s no secret that Berlu’s head is easily turned by something he likes the look of and hasn’t hidden his love of the Barca model, all the way down to a 4-3-3 formation and maybe trying to re-create what he witnessed happen during Bayern-bound Peps tenure and suspect that Contes success has caught Berlus attention also.

But if that’s the case why not go for Frank Rijkaard instead as that’s surely got to be someone that pretty much most Milanista could get behind? He’s someone who has now coached in a multitude of leagues including taking the Dutch National side as far as a semi final with his highlight being his tenure at Barca where he won a Champions League??

As the ultras and others have picked up, we are still in our infancy, any change now is effectively a reset but Seedorf would put us back in the same scenario when we had a coach who hadn’t even collected his coaching badge before he took over, and that was hardly a success! 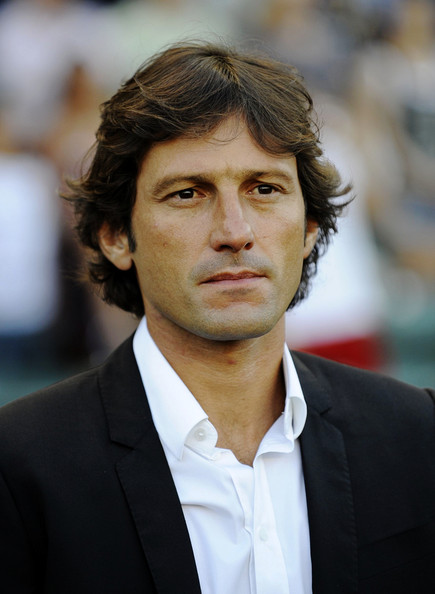 For all those slamming Allegris record you would have to be a pretty devout fanboy to think that Seedorf can do better! I would hate to think what a new coach would have done during last years injury apocalypse.

All in though, Seedorf could easily be an amazing coach but now isn’t the time for him to take the reigns at Milan.

Seedorf. The answer to a question that nobody asked. No thanks Papa Berlu!