For his sake and my own, Allegri must go! 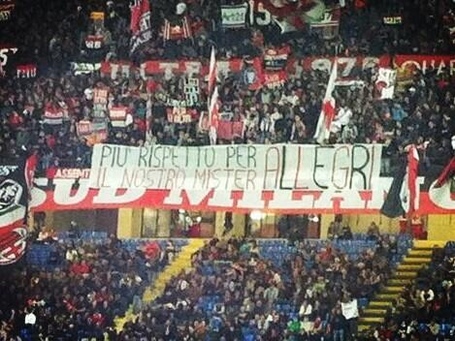 I’m hoping that the fans who hung up this weekends banner demanding more respect for our incumbent coach weren’t the same ones walking about with a mock coffin at the start of the season to "bury" Milan but I’m already digressing, whoever they are, like me they must find the present situation of Allegri a mite distasteful (or down right stupid) as the coach who is currently pushing for third and a chance of Champions League participation next season finds himself being openly undermined by the very club that employees him, how does that even happen?

For a club of Milan’s history and current financial standing getting into the Champions League is a must so I’m at a complete loss as to why the club are allowing stories about autograph dodging Seeforf taking over to do the rounds when they should instantly step on any such distractions to the coach and the squad. Dortmund’s website recently ran a statement asking for fans to get behind Gotze even though he has already signed a contract with arch rivals Bayern and you can see the logic, they didn’t want a star player who they need being booed in the run up to the return leg against Madrid, even if Allegri has already signed a deal with Roma or whoever any smart club wouldn't rock the boat when they are still chasing an objective in the final month, facepalm! I mean, i'm an admitted Berlusconi Kinda Guy but dont recall ever seeing these levels of classlessness from Milan, i find it in poor taste and embarrassing!

I like Allegri, any coach who has seen off Dinho, Pirlo & Pato gets my respect! Although there have been times when i'm hurling abuse & objects at the TV he’s a breath of fresh air after Carlo Ancellotti’s "walk-the-ball-around-the-park" borefest that caused me to start calling for his head two seasons before he jumped ship to the blue of Chelsea. We have played some damn fine football under Allegri but accept it might not be everyone’s cup of tea but you cant dismiss his scudetto run where we had a very lean defensive record that gave a glimpse of what Allegri can be capable of when not starved of talent (either by selling off players or apocalyptic injury runs). 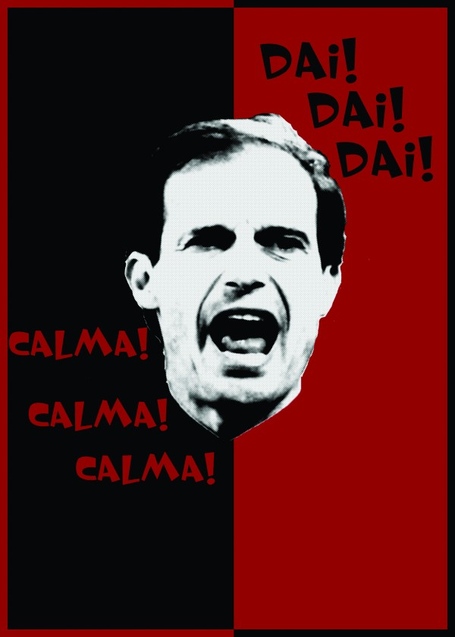 Allegri also gets some stick for his "Dai, dai, dai" & "Calma, calma calma" which if I’m honest I find is more than just nitpicky, its actually retarded. All I ever remember Carlo Ancelotti doing when his plans went up in smoke was to …well....smoke! I don’t recall him jumping up and down on the sidelines going crazy or Capello doing the same, so like I said, retarded, but we now find ourselves in the world of footballing blogs & tweets where even the smallest thing is discussed and dissected as soon as it occurs and well, obviously peeps need something to go on and on about. 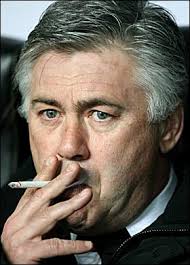 (Uh-oh Carlo! The opposition have just gone two goals up! Get that ciggie smoked double time!!) 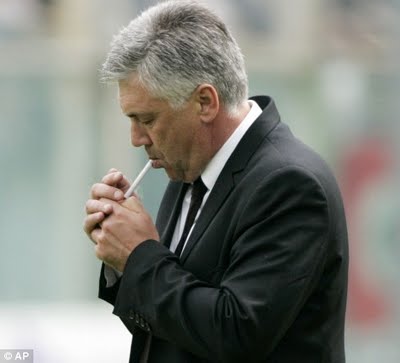 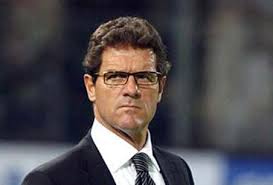 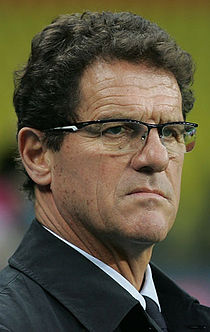 As much as I would like to see him stay and I genuinely would, I think it would be great to see whether Allegri can make a storming start to the next season where he will hopefully be armed with a quality CB and some new additions in the midfield, I cant help but feel in my gut it might be better for all if he does leave and join Roma who are still going on about a project.

The "problem" is we are Milan and even though mistakes have been made over the years it has pretty much lead us to where we are now, a near brand new and young team that was hobbled together out of necessity rather than forged through planning. I feel sorry for Allegri as even in his 1st season with Milan he spends all summer planning around Pato, Dinho & Borriello only for Fester to turn up with Ibra & Binho 2 hours before kick off!

Allow me to give you some insight from where I’m coming from, the reason I "meh" at Pato is related to the "problem" of us being Milan. We have had epic names like Papin, Van Basten, Weah & Sheva over the years, what has Pato actually done in comparison to them? Well…zero, nada! The Glass Wonder only seems to live on due to what he could have achieved if he had stayed on (and some how had stopped getting injured every time he sneezed), likewise Allegri has yet to step out of the shadow of Hall of Famers such as Sacchi & Capello and has still to truly to etch his name into Milan folklore for the right reasons but think his 2-0 display against Barca will definitely live on for many a year and wouldn’t mind seeing him get a run where he is backed by both fans & the management alike and suspect that Allegri will get this but it will be in different team colours!

Say what you want about him but i'd rather not be on the receiving end of an angry Allegri! 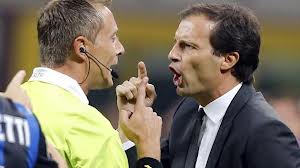 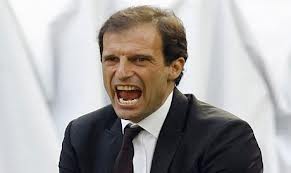 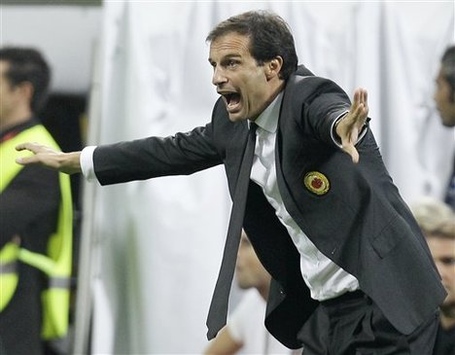