Change is coming - Pick a Side!!

You might be easily fooled into thinking that the biggest battle currently underway was PS4 vs Xbox but we have a more epic struggle lining up right in front of us as one of the Berlusconi clan battles to wrench control from a footballing heavy weight who's bloodied war banner sports a yellow tie.

War weary General Fester threatened to walk after putting down the Dutch Insurrection (Ajax) only for King Berlu to suggest that he stay and fight for a few more campaigns and work along side Princess Barbara. This appears to have tempered The Bald Champion who has been confirmed in his place for the foreseeable future. Meanwhile the Blonde Princess schemes.............

The below is the reported structure thought to be forming currently within Milan with an announcement due to be made in the last week of this month, it looks pretty retarded imo.

GDS: Soligano is favourite to replace Braida as Sporting Director.

GdS reports that Barbara is not happy with the new management structure where she has to share powers with Galliani. The first task is to select a new Sporting Director.

GdS also says that it's unlikely that Maldini will join as Technical Director given the poor relationship & differences he has with Galliani.

Barbara met Silvio at his villa and during their meeting laid down a new set of conditions that she wants to implement at Milan..
-The scouting network will be widespread through all 5 continents with an aim to sign young talented players
-The running of Milan shouldn't depend on one single person and all employees of Milan should speak English too.
-Put a stop on last minute purchases in the transfer market. Instead plan the transfer market operations in advance
-The appointment of the SD must be acceptable to Barbara. She wants someone who can adapt to the modern style of football administration
-Milan must adapt to modern times and as a result there will be a reshuffle in some areas of the organization
-Barbara has also asked to put a stop on signing mediocre unknown players (Like the deals with Genoa).

I thought i would try and put out a breakdown of the pro's & cons of the current situatio.

Currently it looks more like Babs made a power grab where she failed to kill off her opponent. All she has managed to achieve is create in split within the club, which may not be bad but I dont feel that its a good organisational structure especially if trying to implement change. If she wanted change she went about it the wrong way Imo as it also appears to show no real strategy in what Barbara is doing, it looks more like she went off half cocked and now has a defensive Galliani sulking around the corridors of our new HQ. 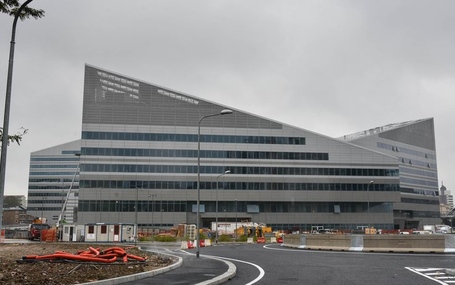 Boban: "I don't think that Galliani and Barbara Berlusconi will divide anything between them because in the end it will lead to separation."

We still have Fester and if im honest, im kinda glad but wonder how things will go down from now on, this Winter Mercato might be interesting but long term is anyone's guess. As wiley as Fester is Babs isnt someone random, its her dads club so she will no doubt be around for a long time so he cant simply "wait it out".

At best this might light a fire under his ass and maybe even bring out the best in him, on the other side we have things possibly getting nasty. If you work in management you will know that rivals trying to out do each other soon turns into game of one-upmanship rather than working for a common benefit.

Only time will tell...