We can survive Allegri going but what if Fester goes to??

I missed the WTF Friday deadline so instead bring you the 1st STFU Saturday which is brought to you by the following headline Galliani fails to rule out PSG switch.

Allegri is gone, its only a matter of time whilst the people at the top wrestle with whether to replace the coach now or wait until the end of the season to send off Allegri with maybe a conciliatory pat on the back (or a twist of the knife one last time).

There's been recent talk of the talismanic Maldini coming back to Milan as part of a wholesale change at the top:

"The two positions are not necessarily contrasting, as it’s reported this ‘change of business philosophy’ would include the introduction of Paolo Maldini and new talent scouts to seek young players before they become too expensive.

While Galliani may well remain as general manager, his many duties and responsibilities in choosing players could be downscaled."

I've survived Baresi retiring, Van Basten's final injury, Capello leaving, Sheva asking to be sold, Maldini hanging up his boots and tell myself that any future departures wont really affect me as its the club, the colours and all that they represent that im actually attached to.

I've never really been a sentimentalist when it comes to watching people leave Milan but its always usually players who come and go with a coach every once in a while..........what happens if its Galliani who leaves??

Its something I've genuinely asked myself deep down recently and wondered whether losing the guy who has been part of the club & all its recent successes will be a bridge too far? 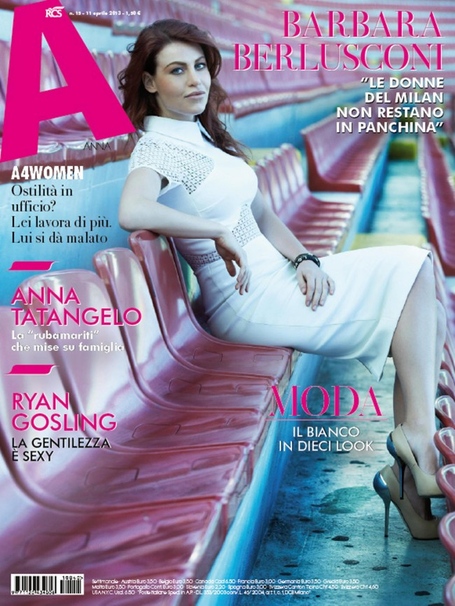 I like Babs, i admit it, .................but I'm kinda partial to the porno look she brings to the table, so far the only thing i can judge her on is her dating one of her own players against the alleged rumours of her fighting to keep a hold of Silva when PSG made their 1st attempt to land the Brazilian. Its not much to go on really and she simply cant compete with Fester in terms of experience but then not many people can. However she has been on the board of Finnvest for 10 years and a Milan Board member for 2 so lets pray she has picked up a thing or two and is not merely a pretty face who is simply playing with her daddies toys. 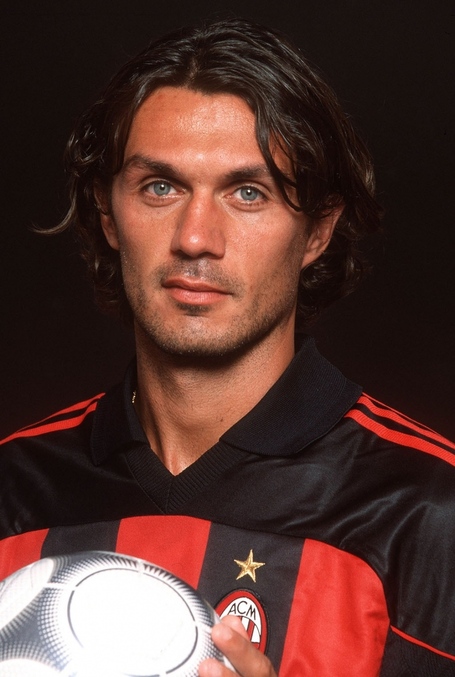 Who here doesn't love Maldini? He's loved not just by Milanista or fans of Calcio but genuinely respected by football fans the world over. Whenever i play football i will usually opt for the fave Maldini jersey which from time to time gets an affectionate nod from other players even opposing ones. I used to tell myself that having Maldini turn up alongside Fester as he tries to sign a rising starlet who is being chased by several clubs must surely bring the win factor?

I mean, who could say no to those piercing eyes and enigmatic grin if you were being chased by Milan? I think nearly everyone agrees that Maldini in the back-room of Milan is a no-brainer, so why hasn't it happened? There was some talk previously of Fester blocking this move (allegedly) part of the reason said to be that Maldini had set some pre-conditions to taking on a new post so has possibly kept himself out of a job?

Considering where we are currently and the recent rumours of Burdisso possibly joining i dont mind seeing some changes if im honest as the move reeks of the Rami move, yet another band-aid short term signing.

But can a club lose such a figure who has been so integral to its success such as Galliani and still live to tell the tell? Well we have a fair comparison when Juve lost Luciano Moggi, although he was actual barred from having pretty much anything to do with football, Juve did in the end seem to find their feet and have seemingly dug themselves out of a pretty deep hole, not that im comparing our current positions to Juve post-calciopoli but should serve to support the notion that as long as you have a smart change at the top of the tree that it can be done (Roma could also be citied in this but both Juve & Roma have thrown alot of money at their problems and still stumbled badly along they way) getting rid of Galliani however wont suddenly lead to a surge in spending.

I just fear that unless he does something spectacular there is a risk that Galliani could fall on his own sword .....and that sword is named Allegri.