“Milan go forward in a calm manner," said Berlusconi. "Adriano Galliani is more relieved now, everyone is staying in their positions and Milan proceed in unity. “I wanted to say these things directly to the media, but that is the basic gist of it. "The club situation will not change. Galliani is relaxed after last night’s dinner at Arcore.”

Above are the words of the esteemed Owner of AC Milan, Silvio Berlusconi.  The same guy who in the last few months did all of this.  Now Avia did a great job managing the Galliani rumor yesterday but today things got a little crazy.  Seems like Milan stays on the status quo.  Interesting, how often do you see this?? Never, seems like the Circus continues at AC Milan.

Truth be told I have the utmost respect for Adriano Galliani.  There was nobody better at doing what he has done for 27 years.  Milan were not always the biggest spenders but always contenders and it was because of his shrewd transfer tactics.  Finding leverage when there was none, and buying and selling at just the right time.  Sure he had some blunders, but if you think about the biggest, they always seemed to have the stench of Berlusconi written all over them.  Which leads me to my next point, yes maybe Fester's expiration has come and gone.  He no longer recognizes talent like he once did, and while that has a bit to do with Milan's out of touch scouting network, the biggest problem is being chopped off at the knees with limited resources.  This problem rests with Silvio, who as has been mired deeper and deeper in legal troubles and with it the Club has followed.

To make matters a bit more awkward we now have Barbara Berlusconi seemingly looking for a Coup d'Etat.  Fresh set of eyes, fresh set of expectations and ambition.   The problem is Barbara may be the worst candidate for this, little to no footballing experience, and a romance with a bum of a former player.  General Manager material? I think not. So as she tried to push Fester out, he said screw this and decided to leave on his own accord.  This didn't work for Silvio, and now we have the above.

The kicker in all this, Barbara was looking to create a Bayern model, agreeably a smart move, surronding herself with the old guard.  Yes, these are/were legends, but footballing experience is lacking.  All well and good, but the point that needs to be understand here is that without financial investment and improvement from Silvio Berlusconi himself, nothing changes.  No money means no transfers, and no transfers means the continued debacle with personnel on all fronts.  Point being, you can put whoever you want in charge of any aspect of this, but unless that Old Guard is going on the pitch, I don't seen an improvement.  Going to take a page out of Maldini's book directed squarely at the Owner and his Family Circus... 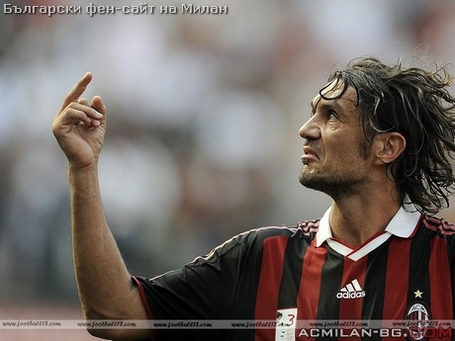 In case we forget, there is a game tomorrow, if you are expecting a focus group looking for a win in Sicily...guess again...things are going to get worse before they get better.