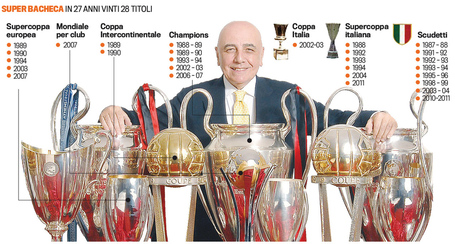 The past weeks I've been aware of "chatter" of Galliani's role being debated and repeated reports of PSG trying to snag our favourite Baldy have just kept adding weight to the rumours that our Uncle Fester lookalike is walking away from Milan. Looks like Babs has stuck the dagger into the heart of the AC Milan Superfan. 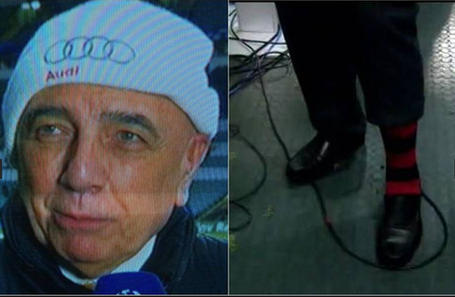 For me, i will have to ponder all the different ways that this will affect us in the short & long term. I've never known a Milan without Galliani and im pretty sure most of you guys wont have either. It will be a while before i even know how i would live with him leaving Milan.

For me he is a complete one off, no one else comes close to accomplishing what Galliani has over the last 27 years or so, no one!

I'll accept arguments that he has made questionable calls over the years but would ask others to go find me someone in his position in other clubs who is spotless in that regard (then show me what trophies they've helped win!).

A few years from now we might be able to look back on this (alleged) departure as something that had been long overdue but have to being kinda nervous at the idea of Babs pulling such a power grab, i mean, do we really need another Berlusconi at the top of the tree at Milan? (thinking with whats between your legs appears to be a family trait no?) 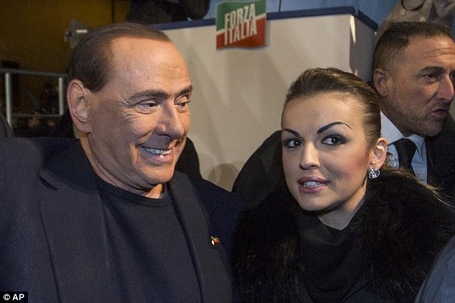 I was SUPER lucky to have met him recently and got an autograph from him, if i thought he was def going im pretty sure i would have tried to hug him or something .

My brother has been texting me furiously throughout the day and sent the following from another Milan website, i'm putting it up as it appeals to my kind of humour and even though the message is slightly dated, its how i will always remember Galliani!

Some executives from like barcelona/arsenal show up to meetings with suits and shit and Galliani walks into the room with his pants off helicoptering his dick...

hitting ppl in the face, knocking over pitchers of ice-water on the conference table.....pressing his dick on the glass walls separating the conference room from the main office so secretaries outside can be like OMGG !!!

people need to have a mental image of what Galliani ACTUALLY does on the transfer market.