This post has been in the works for a few days evolving and is not the usual fair, but I apologize for the delay as we sulk through an International break.

International break is a bit like a ritiro for a blogger.  A chance to recharge, wax lyrical about the season, and assess the state of the team.  The problem with the state of the team right now is that it is pretty poor.  From a results standpoint there are very few and while the product on the pitch is a bit more subjective, at the end of the day this team appears to be going nowhere fast.  So when you have a moment you ask yourself a few Coaches, the same sort that have been buggering around the blog for a few weeks and try to get some answers.  For this exercise to work, I need your answers too, after all mine are only opinion and if you are going to call my answers "stupid" then be ready for yours to be called "stupid" in return, making a value judgement isn't going to get us anywhere...

I give this one a resounding no.  Simply because the problems plaguing this team are not those that fall under the Coach's umbrella.  When pressed the team is creating chances and responding and tactically this roster gives few choices.  A new Coach will not magically have wingers to deploy a 4-2-3-1, a new Coach will not suddenly have a CB who knows how to defend set pieces, and a new Coach will not have strikers that bury chances; Robinho and Matri this one is all on you.  So if you think Seedorf or Pippo suddenly change those things, I want to tangibly know how!

2. What is the most pressing need of this squad?

A CB, hands down.  The spine of this team is the weakest it is has been in my 25 years of fandom, and I don't say that lightly.  Mexes is a mess, and Zapata looks like a lumbering oaf out there. Based on yesterday's friendly with Young Boys, I don't think Rami is the answer and the fact that we sold the single best CB in the game right now is to much for me to stomach.  Something has to be done, if it is getting Sergio Ramos out of contract, spending a fortune on T. Silva, or simply scouring the youth ranks, something MUST be done and fast.

3. Does adding a CAM still help this team?

I believe so, simply because this team can play the only viable formation it can play.  The 4-3-1-2.  Now if you don't think this is a viable formation, because somehow you fancy wingers in a 4-2-3-1, I can't help you.  The 4-3-1-2 with Kaka as supporting striker to Balotelli, Honda in the hole and a mix of midfielders is really the only viable formation for this team.  Where does that leave SES, I don't know go ask Galliani why he bought Kaka?  To many strikers for two positions, go ask Galliani? See the theme here?  At the end of the day this a top heavy roster and few people can solve that now.

4. Why does Abate's name always end up on the transfer list?

This one puzzles me.  Starter for Italy, our RB for three straight seasons, and really one of the best players we have on the roster.  A handful will claim he is poor going forward, I don't agree.  My larger concern is he is prone to defensive issues, but most RBs, the more attacking of the fullbacks are.  Selling Abate would be a crime as awful as selling Silva.  Defenders in the modern game are priceless, selling your best ones is a tragedy.  If it's his agent that bothers management, talk to him, get him a new agent, pay his way out of that Contract.

5, Can this team turn things around?

Sadly, no.  I have already stated it isn't if management blows this thing up, but when.  If you have ever been in the process of digging a hole, rule number one for getting out is, stop digging. Doing it now only digs a deeper a hole. There won't be a prize at the end of the season or fanfare, but this season should be an eye opener for everyone top to bottom.  This is reality in football, we have been spoiled for a very long time, and a few seasons a hardship may be difficult to stomach but they seem very possible.  We will have ample time to talk replacements, management changes and roster changes, but for now we need to batten down the hatches and weather the storm. 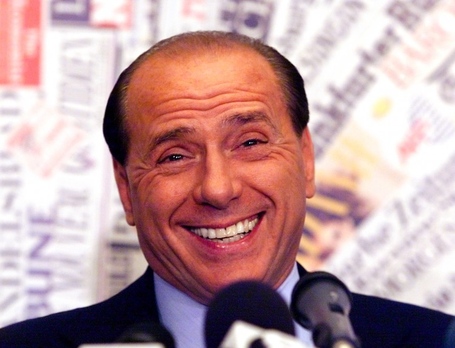 On a side note,  I took a few days off here, as the comments were getting taxing.  I know I am guilty of the combative tone here as well, as I am prone to losing my patience.  At the end of the day we are all sharing opinions, and as sad as this may sound, those opininions have absolutely ZERO bearing on the outcome at AC Milan.  So I ask for a few things: try and come to the table with data to discuss, don't make off the cuff statements, and if your opinion is questioned be prepared to support to it.  If we all remember to have a little respect we will have good discussions again...