I posted this question on Wednesday's Milan Musings, but I reckon, as GF pointed out, it would get lost there, so here it is as a post proper.

In short: what would your all time Milan XI look like? 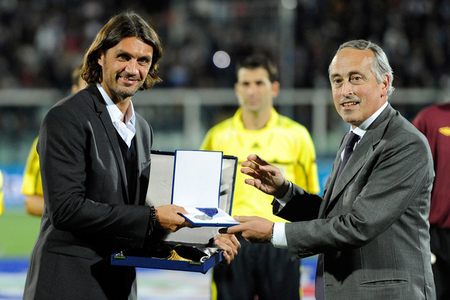 Now, I leave it up to you to decide formation, criteria and all that.

This is obviously very difficult, comparing players over eras. Many things to consider, like the new plastic balls, rules changes (back pass, offside, etc).

Here, then, are my criteria and team.

1) It has to be players I’ve watched extensively (I really started watching Milan in ‘98, when I first started watching football; and proper fan from around 2000 – hence players like MVB, Baresi don’t get the nod).

2) It’s not just about the individual’s skill, but about what they did and won for the team. This would eliminate someone like Silva (didn’t do enough), Ibra (loose cannon), Dinho (skillful, yes, but mostly useless for Milan), Stam, etc.

This is sort of the other part of #2 above: Rossoneri spirit. It’s a bit of an intangible, and would mean different things to different people, but it’s something that Seedorf has (had?), but Ibra didn’t.

3) It has to be a sort’ve viable team, that could in theory win matches. So no 11 attackers and whatnot.

GK: Dida (due to lack of competition, I suppose).

X-mas tree, obviously. With those FB’s you don’t need a lot of width in midfield. Someone like Rui Costa just missed out. Maybe even Leo (his treacherous ship jumping doomed him).