Wow, its really not getting any better is it? To say Milan are in a bad place would be overly generous. I cant be far off when I say that the number of losses incurred this season so far are close to equalling the combined losses of Allegri’s first two seasons in charge. Clearly ………….we are broken. 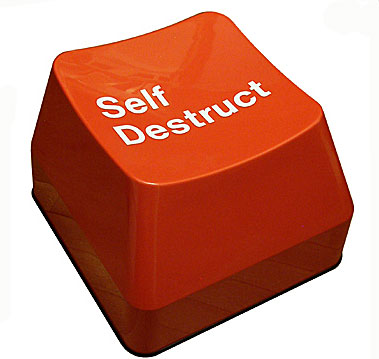 I’m not one for panic though, if my comments ever read as uncaring or unrealistic its simply because of all the scar tissue that has built up and hardened my emotions over the years following this club. Like most I found it hard to watch Maldini leave (more so thanks to the imbecile ultras who marred his farewell) but it didn’t hit me as hard as maybe it should have due in part to the fact that I had previously dealt with the heart breaking loss of Baresi. Its maybe why I’m still holding my nerve as even though we are quite clearly in a spin I feel I’ve lived through darker times at our club and lived to tell the tale.

I’m not a big fan of the "Blame Game" as I believe it only creates scapegoats but if we did have to point the finger where does it lead?

I like Allegri. Its hard not to when he came in a relative unknown name and took the Scudetto in his first season with a rigid manner that did remind me a lot of Capello. I will always feel that Allegri could have repeated this feat had it not been for injuries during his follow season where we let the scudetto slip through our fingers into the grasp of a draw-happy La Signora. For all the talk of lack of style we have actually played some good football under Allegri, I sometimes wonder if maybe some have wiped away Ancelotti’s last two seasons from memory where we limped through the uefa cup and put in some half assed displays along the way in the league.

But by the same token I also have to call out Allegri for the near constant changes this season. I prefer the coach to have the one formation that is the de facto standard, in Allegri’s case the 4-1-3-2 and have a back up plan there for when its needed, and this was something a number of peeps asked for but I for one am growing sick of the repeated change as well as the bewildering squad picks. But lets be honest, nearly all coaches choose someone they feel they can trust, someone who did what was asked in training but someone who is also trusted to stick with the game plan out on the field, as much as it pains me to say this, Bonera can be annoyingly good when you least expect it!

However, I cant see any other team out there changing their formations or rotating the squad as often as Allegri, the recent tinkering would make Benetiz & Ranieri dizzy but don’t feel that this is the ONLY reason we are currently suffering!

Candidate B: The Squad

Over-paid and Lazy. Yeah, the coach makes the choices etc but when the whistle goes its all on these guys and have to say even though we are only nearing the 1st half of the season they look a sorry bunch out there. I’ve supported this club longer than they have played for us, longer than Allegri has coached them but boy if they are trying to hide the fact that they aren’t playing for the colours they are wearing they aint doing a convincing job!

The idea that we are suffering due to not having a roster of superstars is laughable when you look at the teams above us currently. What do Lazio & the Viola have that we don’t, players who play with Balls that’s what! Apart from El Shar no one has really convinced me of playing with any real conviction. Yeah, Urbs & Monty stand out but just don’t see either of them LEADING which is what this team currently needs.

All in all the players are also punching well below their weight, I would cede ground to the arguments that the constant rotation might be unsettling but by the same token would also argue that aint these guys professional footballers? If they are asked to step up and fill a role they don’t want or don’t like – SUCK IT UP! Is it too much to ask pampered & HIGHLY PAID players to put aside their egos and put in some effort on behalf of those who love this club? I just see guys running around with their heads down looking disinterested because the coach didn’t choose them to play last week or because they are in a role they don’t like?? Allegri is the one rolling the dice yes but he aint the only reason things aint working out on the pitch!

"With the signing of De Jong we can now battle to finish in the CL spots" exclaimed a jubilant Galliani on the last day of the mercato. I face-palmed when I read that statement, I for one never believed those words then and don’t see why others were lulled into the idea that 3rd spot would be automatic. Not only did we lose Ibra & Silva but Cassano jumped shipped (maybe he was right to do so but he just proved he was a big a Merc as Ibra) but we essentially cleared house over the summer to facilitate the rebuild of Milan a lot of us have long been asking for. To me its akin to removing a band-aid, a necessary pain, I cant really remember a team that has ever undergone a big a transition as the one we are currently going through and this appears to be lost on some I fear? I’m happy to take on growing pains, I feel that its necessary and management are belatedly making up for the years of rebuilding that never took place.

The way I look at it, Berlu has decided to cap his usual investment due to his personal financial problems and this is going to directly affect the club for the current season and maybe the next. Some of the rumours say we are trying to land Pep and give him a big bag of cash and maybe one of the reasons we are currently hoarding and giving our current coach nothing. This might work but it would make me feel more sympathetic to Allegri who is truly getting screwed if this turns out to be true. I for one would love to see us land a 40M striker but don’t forget Juve, the current champions, landed the highly rated Bendtner!

All in, I have to say if we are to play the blame game you could get dizzy at all the finger pointing you might have to do as I fear that more than one person has a share for our current predicament.

Who should we blame for our current predicament??