This was one of those games that is often difficult to summarize. Injuries were the main theme and it required some creative shuffling by Allegri and which was the foundation of some disjointed play, but at the end of the day three points was all that will be remembered. We often spoke last season about finding ways to win and this was one of those matches. Even after re-watching key passages of play, you could tell this wasn’t the Milan we are used to but still earned the result. Is it the best way to lead into a derby? Not at all, but a win is a win! 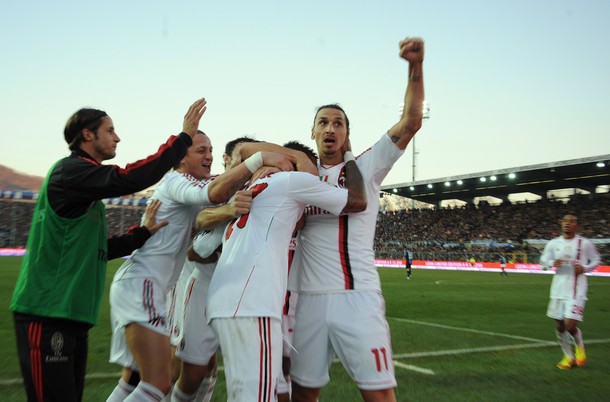 I want to start with a quote from Ibracadabra11, because if I say it people say, “I don’t let it go,” or that it’s “to much,” but truth be told I am not the only one who sees it:

“When binho came on, the whole team, not just the attack, looked 10 times better. Sorry Pato fans, but this game is proof that binho should always start ahead of Pato.”

So there you have it, yes the boy of not so much wonder got hacked incessantly, but he didn’t evolve his play, release the ball any sooner or do anything of value outside of earning a PK, he falls rather well, and getting in a good spot for a header. Insert Robinho and instantly Milan become more dynamic! Better runs off the ball, more interchange, and less predictability in their patterns of play. It also helps that Zlatan continues to impress and even without a goal, his assist to Prince was excellent, and his movement and touch are sublime. With Pato further up the line, and Zlatan acting like Binho it puts our most dangerous player farther from goal, and are most inconsistent player closer to it, while leaving our most industrious player on the bench. Allegri will have surely taken note as the Zlatan-Binho show should be back in action on the weekend. 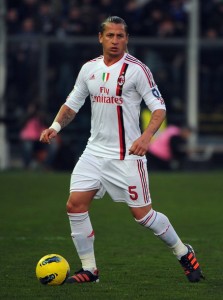 I did pay close attention to two players who earned a start due to injury, Urby and Mexes, but sadly only one truly impressed. Mexes finally took the bull by horns and made a case to end this vice-Nesta discussion once and for all. Timely tackles, key interceptions, and great positioning made a patchwork defense look better than it actually was. It helps to have Abbiati’s steady hands at the back, but even without he chemistry and understanding the defense did enough to preserve the clean sheet. Urby was not so lucky and while he is lively, interchanges incredibly well and keeps the ball moving with quick passes, he doesn’t seem to do the little things. He often doesn’t finish his runs and loses touch with progression of play, he also doesn’t fill in behind the ball as strongly as Prince, and lacks the aggression we are used to seeing in that role. So while he is not as slow as Seedorf or tenacious as Prince, he still has some refining to do if he wants to make a case to be a starter.

Poor in possession, disjointed in attack, and frenzied in defense this should not be the Milan that takes on Inter, but clearly the rust of two weeks away is evident and no surprise. Allegri has his work cut out for him this week as Inter are making a strong charge and are not the opponent they were a month ago, but we can talk more about them later this week. Juventus also won, but like Milan made things difficult, and while many are discounting Udinese, I for one will not.

On a positive note, Happy Birthday to Rino Gattuso, I really thought he would have to hang up the boots with the eye problem, but it was good to see him in action against PSG and hope he gets fit to finish this Campaign with Milan and led us to another Title. 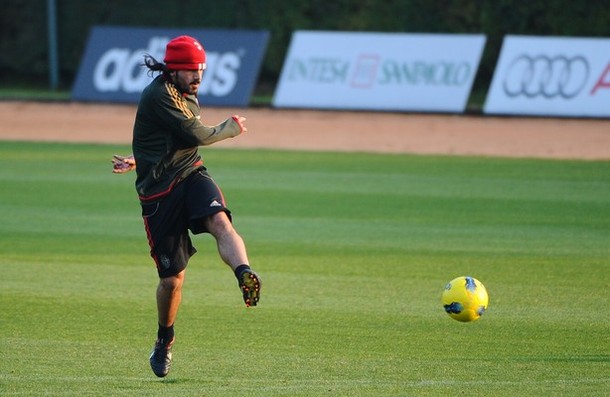