Two Weeks of Black and Blue

Share All sharing options for: Two Weeks of Black and Blue

In a few days Milan will return to action following the Holiday break with a trip to Atalanta who sits middle of the table with 20 points and boasting Serie A’s leading goal scorer in German Denis. Sure Zlatan is hot on his tail, but Atalanta are undefeated in their last seven and while their tendency is more to draw then win, this is quite an accomplishment for a mired in a betting scandal and having their captain indicted. Milan also has some distractions with the Carlos Tevez watch still going in earnest and this little Pato thing being headline news, but the season is back, so time to cut the distractions and get back to work.

Teams like Atalanta have historically posed a problem for Milan. Strong defensive shapes and structures were a kryptonite for Carletto and while Allegri has alleviated this significantly it can still frustrate this team. The key to breaking down solid defensive units has always patience and passing and the key to this is Zlatan’s new willingness to check deep and prevent balls from being hoofed at his feet. This is a welcome change from last season but would rather not get into a brawl with a team like this one, score early and put this one to bed. With many injuries getting resolved Allegri should have a full squad at his disposal and still be able to cast an eye out to the next opponent, also of the black and blue variety. 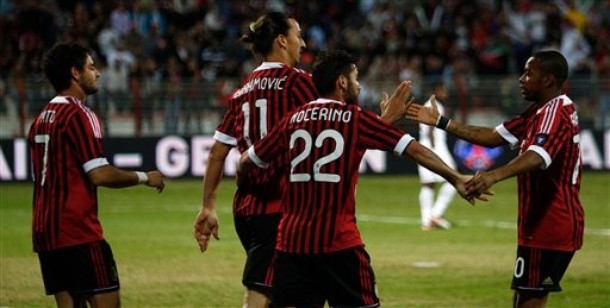 When fit Zlatan and Robinho are easily the first choice striking combination, their interplay and chemistry is excellent and the fact that Milan simply don’t drop points when those two play together should convince just about everyone. The defensive minded midfield line has got a new player in Gattuso, back from injury, but I don’t expect him to feature much in this one as he still is a ways off match fitness. Depending on the result this could be a good match for both he and El Sharaawi to get some minutes, but again it depends on Milan’s ability to take the lead and hold it. I would expect to see Nesta back in action alongside Silva, but wouldn’t be surprised if he is limited as well to assure match fitness and readiness for next week. Point being if all goes according to plan Allegri will use all three subs this week, but when does it ever go according to plan?

Van Bommel appears the most likely candidate for the extra rest as he has played a large amount of games already this season. I started Antonini because at this point he looks like Paolo Maldini next to Taiwo. I dropped Prince into the defensive midfield line because I like his interchange and darting runs from that position, they seem to match Nocerino’s and are crucial in breaking down a defense like Atalanta’s. I would expect to
see Rino at some point, possibly Mexes, and hopefully El Sharaawi who was excellent midweek in Dubai. 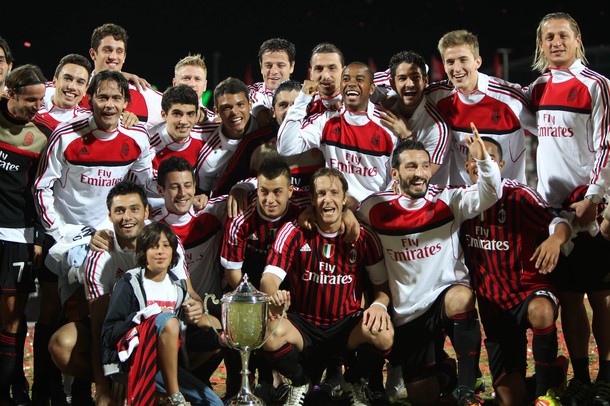 The goal here is a three points, Juve travel to Lecce and Udinese (a very real Scudetto dark-horse) are home to Cesena. Any dropped points now could prove costly at the end of the season when the schedule tightens up, take what you can now and leave nothing to chance. Now always easy after a lay off, but Milan played well in their midweek friendly outside of a lax final 15 minutes, just come out swinging and get used to beating teams in Black and Blue, it will only help next weekend.