The Month From Hell

Share All sharing options for: The Month From Hell

On Wednesday Milan begin what I believe to be the most crucial part of the 2011/2012 Scudetto campaign. Wednesday begins a run of games so crucial and so tightly packed that it will be both exhausting and telling as to how capable this team truly is for a repeat of last season’s title winning season. Do they have to go undefeated in these matches? No, but dropping points will be crucial in the Serie A title race against Juventus and upstarts Udinese. Behold the February that will define the season:

Four of five matches versus Serie A competition are against strong opposition. Mix in a match against Cesena and a CL match against Arsenal and you have a month to remember, or one we will want to soon forget? I have mentioned in the past how important it is for good teams to reverse results, and while I don’t put tremendous stock is “needing” to beat the big boys to win the Title, I think a team that can earn points in matches they weren’t able to do so in the first half of the campaign is a sign of success and progress.

Beating Napoli last season was a turning point in the Title race last season, Edison Cavani got his revenge this season and Milan should now try and exact theirs. Much has been said about the strength of Juventus this season and their impressive run, but little has been said to the fact that they are really only competing on one front, something Milan doesn’t luxury off. It also needs to be said that regardless of the outcome of this match the season is still on and the tempo at which Juventus is playing matches and Conte’s unwillingness to rotate players could spell a bout of fatigue in early spring for Juventus. Mind you Milan can be just as susceptible, but whereas one team has played on two fronts for a few seasons now, accustomed to the rigors, it has been a while since Juventus has truly been under the gun. A win would surely be nice in this match to silence the critics, but even a loss could have little repercussion if the wheels fall off the bus for Juventus. I for one would rather not wait for that to happen and prefer Milan take’s what belongs to them in that match; three points.

Udinese and Arsenal both also present a unique challenge because their squads are relatively young in comparison, they like to pass and possess the ball, and they can play at a good tempo. So both matches will be physically challenged for Millan, or any opponent for that matter. Everyone wants to continually discuss the scudetto being between Milan and Juventus, but I think if big Clubs falter Udinese sits in a great spot. I also think Arsenal have resigned themselves to being out of the EPL race, and will be hungry to progress in the CL while staying in touch with the EPL top four. At the end of the day these are two very dangerous opponents that should not be taken lightly.

I end the post with lowly Cesena and inconsistent Lazio. The Cesena match should be a penciled in victory, but in true Milan fashion they will win all the matches before it and lose that one!? The real and most immediate test however is Lazio, whom Milan already dispatched last week in the Coppa Italia. It is no secret it is solid well coached squad, capable of limiting chances and fighting for a draw, but Milan has proven their ability to exploit the 3 man defense and deal with the wing play, so if Reja sticks with the same game plan, Milan may be OK in this one. Allegri must consider the entire month before rolling out the same players in each and every match and it would be very good to get a few goals early in this one, which could easily happen if Milan’s attack is firing on all cylinders. Not all that sure what Allegri does with his lineup but my early guess:

El Shaarawi and Lopez should be on the ready in this one and the lack of midfield options may prove damaging as this month wears on. This will require a bit of finesse and rotation and we may very well see the hybrid 4-3-3/4-3-1-2 we discuss last week depending on fitness of the available midfield players. Can’t help but a get a sense of deja-vu from last season’s February and the rash of midfield injuries, let’s hope this is not the case for this year as well.

Welcome to the month from the hell…hope you enjoy it! 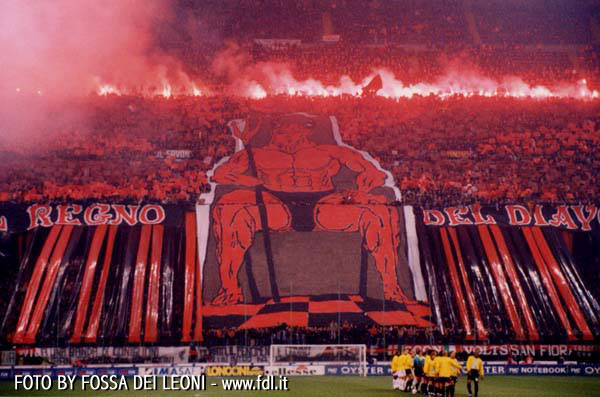