I have never been afraid of oil rich football teams. Sure, they have endless amounts of money, and can literally buy whoever they please with those resources. But when you hire a bunch of clowns, I mean Sheiks, to run a football team you will ultimately have a circus. Why you ask? What happened when kids unwrapped their new version of FM 2012 after XMAS? They chose their favorite team, probably turned off any transfer "rules" bought everyone they wanted, won the title, then the CL, and then went on some blog and spit about how good of a manager they are and how they supremely judge talent. Well in a bizarre way the Sheikhs did the same thing, except they don’t judge talent, they don’t understand player wages and value and at the end of the day they don’t know much about football. I mean look at Man City who are just now starting to get their act together but purging salaries and over paid players, or the lunacy of Mohamed Al-Fayed at Fulham. All these folks do well is right checks, but they don’t even spend properly. This however doesn’t appear to be the case at PSG. What did PSG do that these other teams didn’t? Sure they splashed the cash, but they hired a Champion, and that scares me. 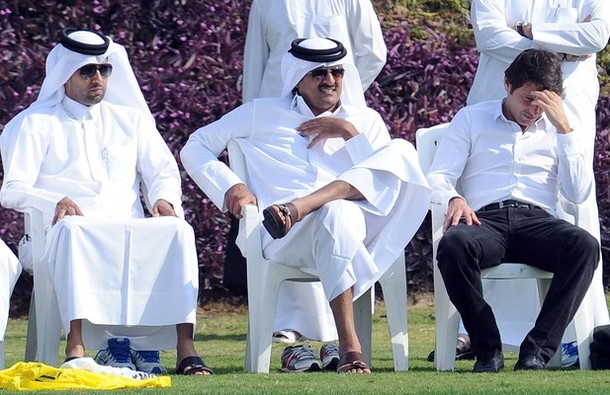 First and foremost hiring Leo, who may have zero ability as a Coach, but is a decent Sporting Director, was a step in the right direction. Having worked directly with one of the best in the business, Adriano Galliani, our old friend Leo must have learned a thing or two and whatever he didn’t learn he can clearly make up for his errors with blind check writing. What Leo did do however, is instead of installing himself as a Coach (best move of his career), he went out and got one of the best in the form of Carlo Ancelotti. What some people seem to forget is that he is one of the greatest Coaches of the modern era, vastly underrated, and better than most at getting bang for your buck when it comes to players of all ages and skill levels. Unlike Man City, Fulham or Malaga, PSG now has a true visionary and tactician to put the unlimited resources to good use and build a Champion. 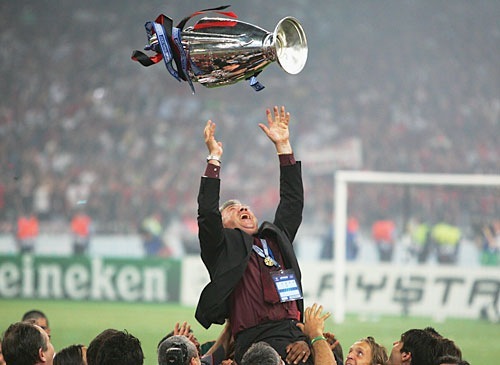 Looking over PSG’s current roster, they were always a talented a team. Former Coach, Koumbare, who I believe was wrongfully let go here, but that’s a discussion for another day, deployed them in a decently successful 4-2-3-1. But now Carletto, a man of who made famous the XMAS tree can bring it back to Paris in devastating fashion. Gamiero leading the line with Pastore and Menez just behind could be a problem for any team, and it will be interesting if Carletto sticks with the status quo or goes ahead and makes significant changes. A move for Pato? A reunion with Kaka? Sure he lacks a true a deep lying passer, and this is probably why they are hot on the trail of David Beckham who looks unlikely to arrive, but deploying a more defensive minded three man line could allow even more freedom for the likes of Menez and Pastore or any other flashy attacking talent they can scrounge up this transfer window.

Tomorrow when Milan take the field against their former tactician the match will not be truly representative of the current PSG, but more a glimpse into the future. A future that I believe will be rather bright for a team who is not new to success, but more or less on a hiatus since their successful run in the 90s. The back room talent of Leonardo and the master class tactics of Carletto means that for the first time a filthy stinking rich oil money backed team will have the leadership in place to build a Champion instead of simply trying, and failing, to buy one. Sadly Carlo, you will just have to learn to play second fiddle to Milan because Max and Company have other plans for now and the future, but in the meantime best of luck. 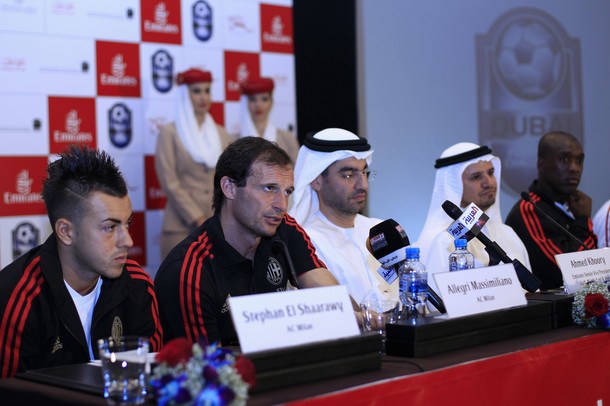