Following this win Milan sit at forty points. Forty points at the midway point is exactly the same as last year's title winning campaign and Allegri has managed 40, 42, and 40 in his first three half-seasons. Sure the knock is that Milan have not beaten a top side in Serie A this season, but the point total stands and it matters little how and were the 40 points were obtained. That is why beating Novara today was imperative, allowing Milan to stay within one point of Juventus and ahead of the pack in the Serie A.

Despite the scoreline, the match was never in question. Yes, Milan struggled to find the net in the first half but they controlled the ball and continually pressed the goal with solid possession and off the ball movement. The midfield was not first choice, with Ambrosini playing alongside Van Bommel, but Milan still managed to dominate possession and passing. The only weak link in the attack was once again Urby Emanuelson in the hole behind the strikers. Allegri appeared to finally see the error in his ways at the start of the second half and with the inclusion of El Shaarawi Milan morphed into a hybrid 4-3-3/4-3-1-2 and looked capable of scoring with each and every foray forward. Allegri hasn't given up on Urby quite yet, as evidenced today, when he moved him into a more natural LB position replacing Antonini, and seeing an immediate response. As CAM he often drifts wide left and never checks back strong to the midfield, his play on the left was much simpler and stronger and appears what was once a problem position now has a bit of healthy competition with the purchase of Mesbah and the good showing by Urby. 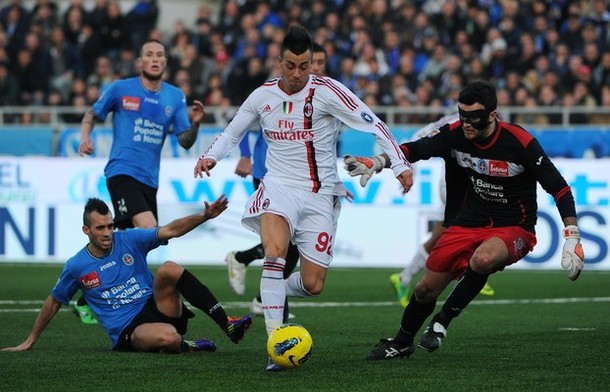 The big story was the second straight influential game for the Little Pharoah. His inclusion in the second half gave Milan an immediate boost. As I mentioned early Allegri's change made the formation more dynamic and even more difficult for Novara to pinpoint the attacking reference points. El Shaarawi, Zlatan, and Binho interchanged beautifully and three goals didn't justify the attacks forward. While Binho was still wasteful and in front goal, and his goal was merely a cherry pick of what should have been an El Shaarawi goal, but he still continues to make incisive runs forward and create space for his teammates. More importantly Milan earned three points and the mini injury crisis didn't seem to negatively effect the squad on this day.

Take nothing away from Zlatan who was also influential, his first goal was an excellent touch and finish on a cheeky ball from Ambrosini, his second goal was more a mistake from the Novara keeper then his own talent, but it took some quick thinking to drop that ball back in the net. You have to admit it was pretty funny to see Nocerino kicking the post while the ball rolled into the goal, but even this sour moment couldn't hide a solid game from his as well, making great runs into the box and getting better and better at defending as well. It helped that Allegri basically had two CDMs to shield the defense, making the work of Silva and Mexes all the easier, and the attack was able to function effectively early but even more efficiently in the second half. 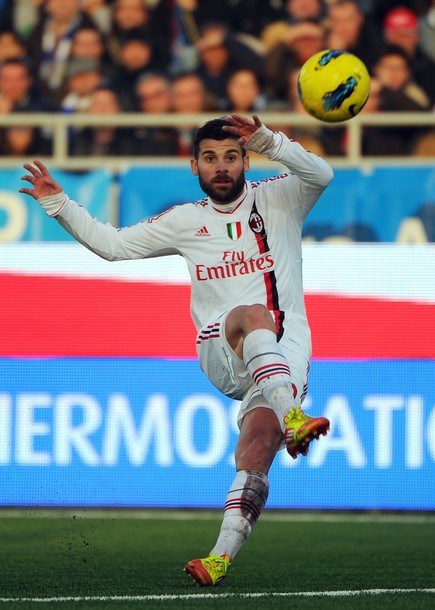 Flat-track bullies or not, Milan continue to earn points in games they should win and that is imperative to staying close to the top. Juventus remain consistent, Inter continue to press on, and Udinese are back on track. This title race is one of the best that I can remember and may come down to a three points or less, so brace yourself for the second half of the season. Don't forget there are still 8 days left in the silly season as well, a lot can still happen on that front as well. Back tomorrow with a tactics piece and hopefully by midweek we can talk transfers with Maxi Lopex, Montolivo, and Tevez all in the rumor mill.