I have never been one for excuses, and am certainly no stranger to Derby defeats, but this one just sit doesn’t right on a lot of levels. Maybe it was the midweek circus surrounding the on again off again sale of Pato and Tevez. Distractions such as this one take their toll on everyone. It could also be that a Scudetto winning Coach was faced with a meddling owner who forced a certain player onto the pitch? Or it could simply be that Milan was outplayed by a team on good form on a day where three points would have put them top of the table? No matter how you want to look at it, Milan was not up to par in this one and the result speaks for itself.

Does any else think it’s a bit odd that Pato got the start in this one? Any Milan fan with half a brain has to acknowledge that our best striker partnership is Zlatan and Robinho, regardless of how fast your heart beats for Pato or not. Isn’t also a bit odd that the Owner, who ties to the Duck are clear, and has been known to send his team sheet out from upon high, was quick to defend the fact that we didn't take the money and run? We saw it first hand in Bergamo, and sadly we saw it firsthand again in the Derby. For those still standing tall and defending the Duck, I wish you luck in your foolhardy attempt at destroying this team from the inside out. First Bab's keeps her boy toy, what is next? Allegri being sacked for not liking him all that much? Let's hope it doesn't get that far, January still have 14 days. 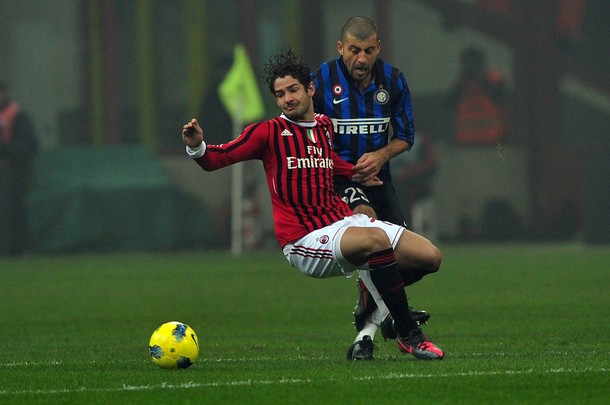 Due to injury, Allegri was tactically limited and left without a passer of the ball in the midfield. Seedorf is simply not a first choice any longer and Aquilani’s injury meant that Prince was dropped into the three man midfield and Urby slotted in behind the strikers. This makes sense on paper, as Urby is more likely to hold his own over Robinho in the hole against Motta and Cambiasso, but in practice this looked more like a 4-3-3 and we all know how unsuccessful that formation has proved for AC Milan. This however is all in hindsight and even though Milan saw the majority of the ball and created, as well as missed, decent chances, it was Ranieri who took this game by the balls, something I expected in my preview.

The tinkerman didn’t need to do much tinkering, instead he lopsided his formation into what at times resembled a 5-3-2, and with Zanetti holding deep and Nagatamo breaking forward it gave Milan space in which to attack, but never truly materialized. Ranieri also relied on sitting deeper and clogging up the space in which Milan usually preys between the midfield and defense and breaking forward when given the chance, a truly masterful move for a team who really lacks the personnel to play that sit and counter game. Milan fans will be quick to draw comparisons with this match and what we remember from our trip to White Hart Lane, surely bemoaning our lack of a true a CAM, but even a CAM wouldn’t have helped on this day. This day called for patience and passing, there was no space to be had in the hole, and instead Milan needed to draw Inter out of their deep position and make smarter passes closer to the goal.

That poor play in front of goal was not solely on the shoulders of Pato, though his misses and touches in the box were near atrocious. Zlatan was also to blame, as was Binho and Urby, each and every player looked nervous and rushed on this day. Inter consistently filled in the spaces in the box and instead of showing patience and intelligence Milan continuously slammed the ball into defenders and often made failed attempts at crossing. A poor performance in attack, something that happened rather frequently last season when things weren’t clicking, or maybe certain personnel not being compatible?

I am going to stop here, probably have a follow up tomorrow with some tactical points and quick comments. At the end of the day this Derby was par for the course, instead of getting three points and taking the lead, Milan took the hard way and lost it. If we win the title this match will be forgotten, but if we fail to win the title will this match be decisive? Oddly enough, probably not, but more on that tomorrow. 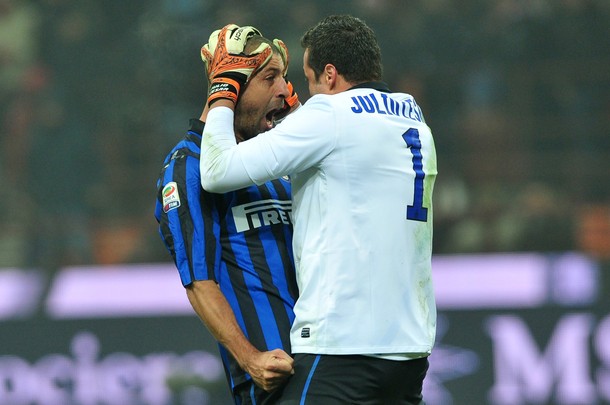