Sometimes I feel like the only person who actually fears the Tinkerman. Not sure why this is, because there is nothing worse than a pragmatic Coach who above all else cares about the result. Can he be prone to foolish subs and chasing a match? Sure, if not, they wouldn’t call him the Tinkerman but he prepares his team in a no nonsense balanced approach that any team and opponent should fear. Not to mention, at Inter, it is really the first time since leaving Chelsea, that he has very real talent at his disposal. No offense to a rebuilding Juventus or an overrated Roma, two teams Ranieri was last in charge of, but this Inter team has tremendous firepower and the right blend of experience and youth. Not to mention is there any better Coach at putting out fires and “fixing” teams that are on a downward spiral, most emphatically no!

The key to Inter’s rejuvenation this campaign has in fact been Ranieri. Yes the schedule was forgiving, their last five unbeaten run in Serie A were all against lower tier teams, and their last formidable opponent was a 1-nil loss to Udinese. But players returning fit and a large squad at his disposal means Ranieri can seemingly do what he does best, and that is tinker until he finds the right mix on the pitch and plays for the result. As proven he often reverts to a 4-4-2 that can at times resemble more of a 4-2-3-1 with the wide midfielders deployed more as attacking threats, and defending less, a formation that makes sense for Inter, with personnel like Motta, Cambiasso, and Stankovic. However it also allows for flexibility in attack where he has used the likes of Pazzini, Forlan, Zarate, and Milito in the absence of Sneijder. It doesn’t however look like the absence of Sneijder will be a continuing problem as he was deemed available for the weekend, and now it is up to Ranieri to decide if he goes with the Dutchman who has climbed the list of thorns in Milan's side with the likes of Cambiasso and Stankovic. 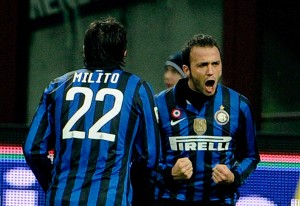 As if the resurgence of Inter was not enough leading up to this Derby, a Derby for the signing of Carlos Tevez seems to be playing out as well. An unneeded distraction for both teams as the real focus should be the Scudetto, which appears more and more like Juventus’ to lose. I will talk more about Milan later in the week, but I think we all need to take a minute and understand the implications of the match and the opponent. This is not Leo’s Inter, or the Inter of my youth, like a kid brother, always present but never a threat. Nor do I believe this is the juggernaut of Jose Mourinho either, this is a formidable side with excellent players and a wily old tactician who is not above a dog fight for a draw. I fear the Tinkerman, I always have, because while other Coaches have taken over at Inter and tried to work them to death, play fantasy football, or install a formation that made no sense, Ranieri has done what any intelligent man would have done. Work with what he has a restore balance and order and remind his team that it’s all about results, not how you get them. Sort of reminds you of someone doesn’t it? 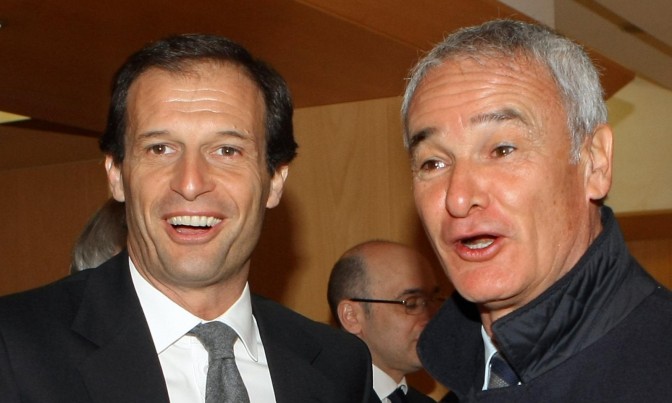