Like many of you I struggled mightily for a stream today thanks to FSC's unwillingness to show the match at some point today, instead choosing to air it tomorrow. At one point I was listening in Italian, watching in French, and reading a UEFA game commentary. But amid all the madness endured to watch the match, the effort was worth it, even if it took some time to be rewarded.

The tone was set early by Plzen forcing a stellar Abbiati save and it wasn’t his only. He was challenged quite often despite Milan’s large quantities of ball possession. Plzen came to play in their 4-3-3, and no surprise as their success on the road in the CL this season was no secret, but their scrappiness wasn’t rewarded as Milan continued to hold the ball and as time wore on the began to generate chances.

Early in the match Milan was insistent on playing narrow but once Abate and Antonini began to maraud the flanks, Milan began to click. It was Abate who was the better of the two, and created many offensive chances with good runs and strong crosses, while not disappearing from his defensive duties. Despite the numerous chances created Milan continued to be wasteful, with Cassano, Zlatan and Urby missing some clear cut chances. Many questioned the inclusion of Urby but his work rate along with that of Nocerino was excellent as they covered ground and linked the ball to the attack freeing space for Clarence to pass more and defend less. 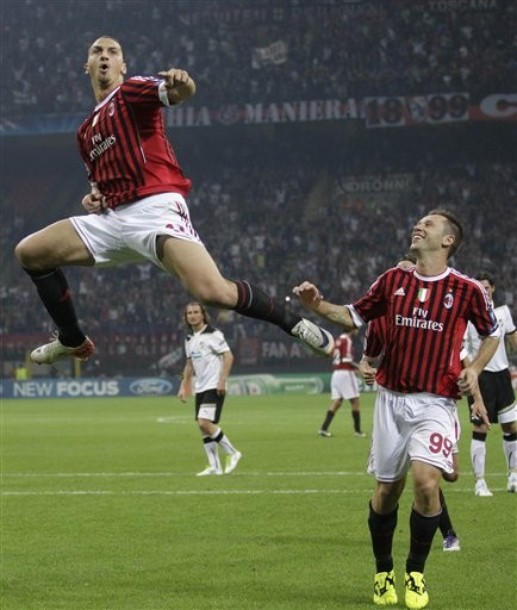 The real key though for me was the Zlatan factor. When he is on the pitch the team has a tenacity and aggressiveness that simply doesn’t exist. It is like a pack of teenagers who got their bully back, when the going gets tough give it to Zlatan, and while that could have its problems at times, today it made space for Cassano among others. Not to mention for Zlatan himself, who with a bit more match fitness might have scored a brace, if not three goals today. His efforts were rewarded with a penalty which he took calmly and soon thereafter he linked up with Cassano for a second goal. Cassano wasted a chance at a brace himself but at that point Plzen’s spirited effort had all but dried up.

For those worrying about the injuries, today was a better example of what Milan should and will look like and as more players return fit, specifically Ambro, Binho, and Prince the team will continue to improve. Once victory appeared secured Allegri went to the pitch giving Aquilani a chance for Seedorf who overcomplicated every touch and appeared to come into a match he hadn’t even been watching. The team was strong today in simple passing combination but Aqui did his best Seedorf impersonation trying to take a million touches before laying the ball off. Taiwo on for Antonini was a bit more successful and were finally able to see his cannon shot, wildly off target, and almost killing the referee. Finally for those who salivate over youth Allegri even played De Sciglio, but more for the purpose of getting Abate the standing ovation he deserved, than meaningful minutes for a green defender. 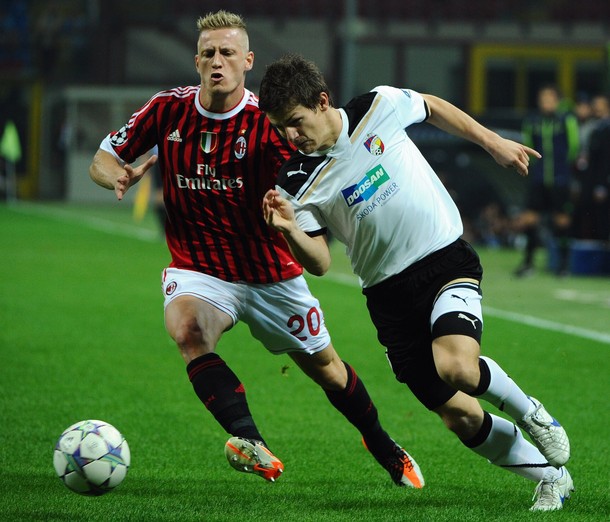 In the end it took some time for the team to be rewarded but the game was a good building block for a little trip to Torino on the weekend. A few stellar performances from Abate and Abbiati and ninety minutes for Zlatan to get his swagger back and Milan are looking to put the early woes to rest and began their title defense in earnest. Anyone who had jumped ship at the first time of crisis maybe you should start swimming back to the boat.