Three points, three points that will go a long way in boosting this team’s confidence and helping a team remember who they are in case they have forgotten. Milan are still defending Champions and while that may not resonate the same it did a few weeks ago, this team still needs to stand up and string some strong matches together. 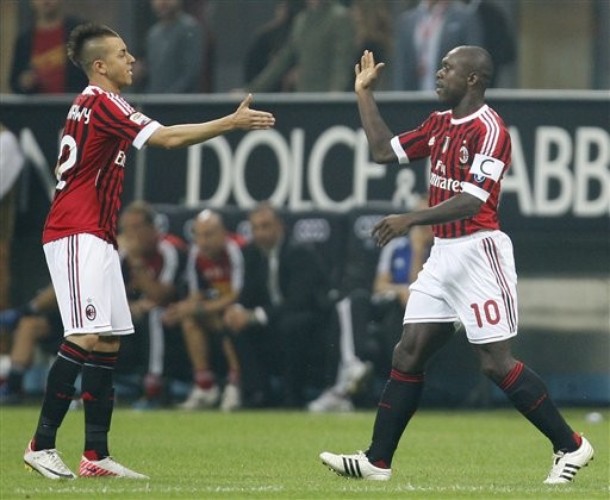 I don’t worry all that much about Saturday’s result; sure it was sloppy and maybe not as strong as it could have been. Even Seedorf admitting his goal was a bit of a fluke, but at the end of the year when the totals are tallied three points are three points, no one remembers how you got them at long as you got them, and this was one of those games. From a positive perspective Milan did create chances and the busyness of players like Cassano and Nocerino went a long way in creating space for Seedorf to spot some great passes. Cassano’s lack of true pace is clear, and he will never run past his man 1 v 1, but his positioning is stellar in finding the seams, getting in behind defenders and making himself immensely dangerous. Things may change with the return of Robinho and Zlatan, but at least then Allegri will have true options to bolster his attack. El Sharaawi could not, however; channel the magic from his first start and at times was left a bit lost, no surprise really as he isn’t the out and out striker Milan needed on this day, in fact even Pippo couldn’t score the goal to finish Cesena.

Also on a positive front Milan was able to keep a clean sheet, even with Nesta rested for the upcoming CL tie and Taiwo being handed his debut. Allegri was quick the Nigerian the hook later in the match to assure fitness and most likely preserve the victory as his defense remains shaky. Even Yepes, a super sub last season looked a bit shaky at times and a late yellow was a reckless challenge but a much needed one as Cesena were in on a quick break following a near miss on their own goal. Baby steps though and this was the first one of many to get of the slide and into the win column. 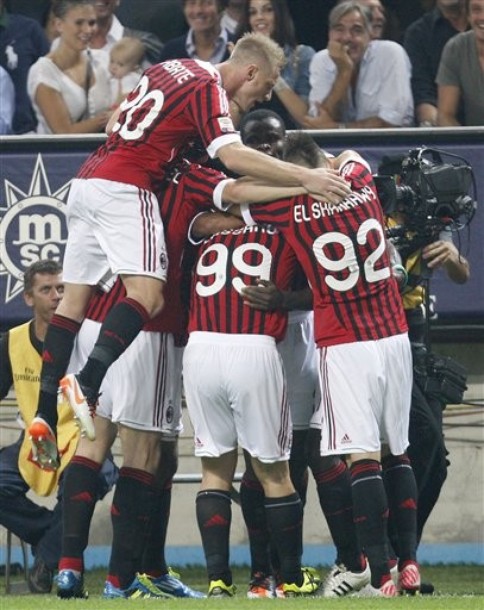 Next up on Wednesday Milan welcome the Czech Champs Vikotria Plzen to the San Siro. In the CL the home turf can be like gold, but it doesn’t make this tie any easier. A draw against BATE in their last CL match, but a general destruction of all competition in the qualifying rounds makes this team an intriguing matchup. Their away record this season in the CL is strong, and Milan will hope to derail that momentum and continue their four match unbeaten run against Czech opposition. As for the team as a whole Allegri will have had to do his homework because for me they are a relative unknown. I would expect Allegri to stick what has worked in the past with Nesta and Silva at the back and Zambro and Abate on the wings. Hard to believe Seedorf can play another consecutive match, but with injuries still a problem I wouldn’t be surprised to see the Dutchman again. What will really haunt Allegri is leaving Pippo off the CL group roster as he would be a welcome sight for a team depleted of strikers. Zlatan and Ambro may be back but Prince and Robinho are still a ways off. Either way the team is getting healthy and hopefully can find their stride with the crowded fixture list.

Three points goes a long way here, for confidence and for the table, but most importantly for the momentum going into the CL match. It was a tough start to the season but Milan need to make the most of the next few weeks and make sure they remain competitive on all fronts while the first choice eleven, whatever that may be, continues to take shape.