Fifteen hours total was the time it took to arrive from Athens to my door. Fifteen hours spent reading, listening to music, and thinking about Milan. The match against Barca (which I watched with Olympiakos fans who I would like to thank for a great time despite your poor result!) the joy of earning a draw, the pride in competing with the best especially when many had already written our eulogy! Then came the excitement of getting home, watching Milan, and the excitement of a Napoli match, but then that all came crumbling down. 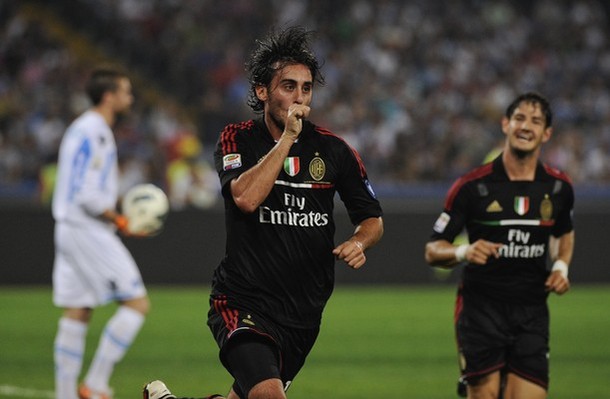 It was a bright start, a great combination between Cassano and Aquilani earned Milan an early lead. Aqui getting his first goal, and Milan looked poised to dominate with the bulk of possession. This didn't last long though because whenever Milan lost the ball they were ripped to shreds on the counter watching the lead and then the match slip away. El Matador, Edison Cavani, decided to remind Serie A that he is the real deal and Milan had no answer. It mattered little on this day how much Milan had the ball, or where they had it, it was the counter attack and the precision of Cavani that turned Milan into mush. A disjointed and sloppy performance for Milan who often times looked out of sorts, but also seemed to have no clear game plan on how to cope with Napoli's width and pace. Allegri seemed to have this all figured last season, but today the player's simply didn't execute. Poor performances were the norm on this day, and while singling out a player or two is easy, it was a poor performance from top to bottom. 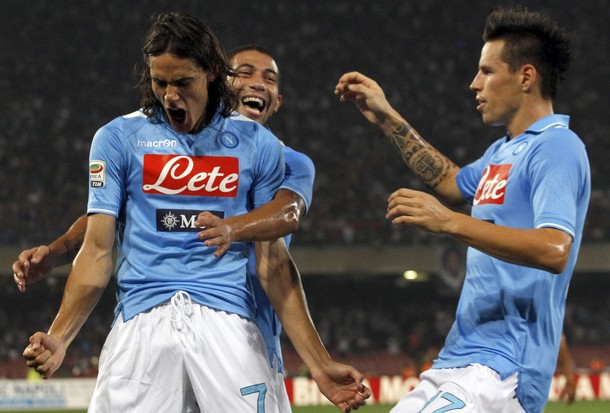 It started in the midfield with no real presence or pressure on the ball. Nocerino did a lot of Flamini-esque running, but none of the Rino-esque tackling we were hoping for. Seedorf was poor, and Van Bommel simply couldn't cope with all those bodies in the midfield. Aquilani did little to help, needing to drop deeper at times but instead drifted laterally and Pato and Cassano were about as disconnected as you can get. Pato again proving that he can't be the out and out striker he wants to be, making poor choices with the ball and even poorer passes. Frustrating considering his performance against Barca, but once again the consistency is nowhere to be found.

Defensively, having Bonera on the pitch was already a problem, as he is a sure fire way to assure Milan would be dropping points. But even Silva and Nesta struggled to find and mark Cavani. Lavezzi also presented a challenge, and had the Argentine been a bit less selfish at times he would have gotten his name on the score sheet as well. Simply put Milan looked OK in possession and awful everywhere else. Call it a CL hangover, blame tired legs, or the injuries, but at the end of the day this team simply wasn't good enough today in executing the simplest aspects of the game.

Now I am not going to write the season off already, sure one point in two matches for the defending Champs is a dismal start, but the season is long and not without bumps. The more frustrating thing for me is watching a team clearly capable, struggle with decision making or work rate, two aspects of the match that should be simple to execute. Napoli came out with a clear game plan, counter when they could, and bully the rest and Milan had no answer. Even Nesta lashed out in frustration when things weren't going Milan's way, and if your tried and true veteran lashes out then there is a problem. Allegri tried to shake up things up late on, but even that seemed to hinder the team getting forward. Instead of removing Seedorf and Van Bommel, he chose Aquilani and Van Bommel and it further compounded Milan's problems in the middle and getting the ball forward. Nocerino was forced to cover more ground, Emanuelson had no clear game plan, and the Little Pharoah was to far forward to make a difference. By that point the game was lost and it was a challenge to find a positive. No more goals, minimal chances, and no real drive to get forward.

In the end a sour return for me to say the least, but with a midweek match Milan and Allegri should be able to correct the problems and put a strong foot forward with a much needed win. Sure it's against Milan's kryptonite, Udinese but the only positive I can find as this point is saying to myself, at least it's not Palermo. If things don't go well then maybe we can start to raise the alarm, but let's cross that bridge when we get there. Hopefully by then Milan and I will shake this apparent jet lag...

I want to say a quick thanks to Chad for manning the ship in my absence, and to all of you for the great comments. I wasn't able to check in often if at all with spotty Wi-FI, but when I did the discussion was top class as always.