The noise about Mr. X simply doesn’t seem to go away, but if you have spent countless hours drawing caricatures of players who fit the description, then maybe you need a new hobby. All kidding aside, let’s forget about Mr. X for a minute and talk about two very real players who are linked with Milan, and depending on Fester’s choice and transfer skills, may very well be wearing Red and Black come week one. 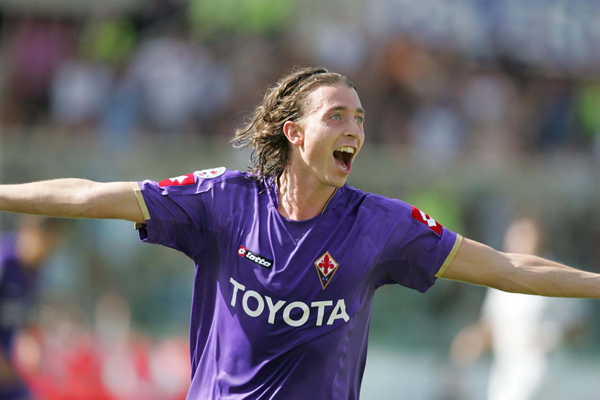 The first of the players in question is Riccardo Montolivo, the former Viola captain, was called the heir to Pirlo before Pirlo needed an heir. If he comes to Milan he will follow in the foot steps of the man he was told he could replace, but also get a much needed change of scenery for a player who never quite reached the lofty heights he was touted at. At Milan; however, he will be less a focal point and more a role player which may allow him to flourish, and he fills the role of LM rather well in the vein Allegri prefers, which is balance in both defense and attack, the ability to collect the ball and distribute. He won’t be asked to be a leader or a superstar, but be a fulcrum in a place where Milan desperately needs depth. A link from defense to attack, with a keen eye for possession, he could very well reach his potential with the talent at Milan. 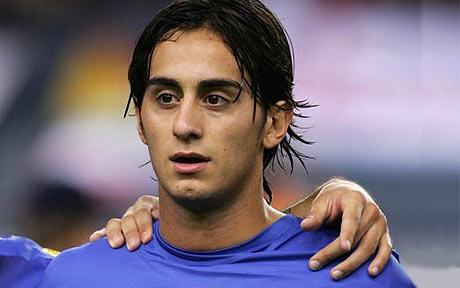 The other player is Alberto Aquilani, a player who admittedly I didn't care much for. A Roman, his first offense, but an oft injured cry baby to boot makes him less desirable for me. The thing is, he seems to have grown up a bit, and his time at Juve was a bit different, he worked hard, did what was asked and played reasonably well. He would fill the CAM role for Milan rather nicely, while continuing to give Allegri the balance he craves. He also wouldn’t have the weight of the World on his shoulders and may flourish in a more team player role as opposed to carrying the Club. Not to mention being able to pass to strikers the caliber of Zlatan, Robinho, and Cassano should make any player better.

For me, either move makes sense, as both players can slot into the first team and address the issues of depth in the midfield. While I don’t believe this requirement for creativity is as bad as it is made out to be by some, I can appreciate getting a bit more balance from players like these at Allegri’s disposal. I also laugh at the notion that neither player is “Milan Caliber” which is simply a foolish statement, especially considering some of Milan’s best buys were low cost, and low risk. Was Andrea Pirlo not purchased as an after-thought much like these players? A miniscule 8M for Montolivo and 10M for Aquilani makes you wonder why Milan wouldn’t simply buy both for less than the price of a player like Ganso. At least with the two Italians you get Serie A tested players with a bit more experience under their belts and exposure to the rigors of Serie A. Seems like a no brainer if you ask me. Now if both simply weren’t an option, it is the CAM role that needs the most help as we can survive in the midfield, but a roster without a proper CAM is criminal in Allegri’s 4-3-1-2, so Aquilani has won me over.

In case you missed my SuperCoppa preview was a few days early, check it out here. Back Saturday with a match post and a kick start to the 2011-2012 season.