In a few days time Milan will take the field for the Italian Super Coppa, a pre-season trophy that pits the winner of the Scudetto versus the winner of the Coppa Italia. The last time Milan was in this match I had the pleasure to watch the action first hand against Juventus. The game was a tough one and all that stood between Milan and a piece of silverware was a Brocchi PK miss. Times have changed, and while this game is not always high on everyone’s list, there is still a prize at the end of the ninety minutes, but this one has a bit more meaning if you ask me than just a trophy and a warm fuzzy feeling before the season. This one is against Inter, and no matter when you meet your rivals, it’s still a Derby! 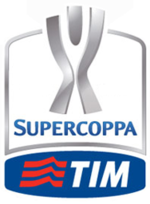 The teams have taken a different path to this match, with Milan coming off a rather sloppy performance in the Audi Cup, and Inter playing a round of tough matches most recently losing to Man City three-nil, a result that was intriguing with Mancini in charge of Man City and Balotelli putting on a show. Inter are still in a state of flux with Gasperini taking over the reins from our very own Judas, Leonardo. Gasperini is a wily tactician and while he is still trying to put his mark on this team and personnel, he will be keen to win early and not see the same fate as Rafa Benitez. Winning however will be a challenge as instituting his signature 3-5-2 on a rather narrow and utilitarian team will not be easy, there will be growing pains that I am sure Allegri will be keen to exploit.

To his credit Allegri did well against teams that utilized this formation, most notably Napoli, and Milan’s ability to pin the wingbacks in their own half and enjoy possession in the midfield was crucial. It helps that Allegri’s Derby confidence is fairly high sitting on two resounding wins. But he shouldn’t rest on his laurels as not a single person associated with Inter has forgotten Milan’s recent reign of power. For some AC Milan is still a work progress, the elusive Mr. X remains as much as mystery today as he did at the start of the silly season, and while I am not personally holding my breath it is impossible to deny Milan’s need for a proper CAM to see Allegri’s formation in full force. Until that move happens Allegri will continue to deploy KPB and Robinho in the role, as we await the fitness of El Shaarawy and the utility of Clarence Seedorf. Winning the title in this fashion last season was a great coup, but sustaining such success will prove to be a challenge and the attack will need to continue to be dynamic in creating chances to earn the result.

Allegri’s lineup should be no surprise, and sticking to what was successful last season I would expect to see something as follows:

More rest for the returning Copa players makes the most sense for me, and Pato’s fragility is always a concern as the season draw near. New addition Taye Taiwo will be suspended for the match and fitness levels for Mexes and El Shaarawy are still elusive. I think the key to this match, as was all last season, is balance, while possession first still remains the goal. I wouldn’t expect Allegri to try anything too outlandish as the result is important and with players returning to fitness he will do his best to make sure the health of his players is taken into consideration, as is usually the goal in the pre season.

While a win would most certainly be on everyone's wish list, I don’t always put too much stock in the pre season. First and foremost it is a chance for players to shake off a bit of rust from their time away. But also for a Coach to try small nuanced tactics that don’t always show so easily, such as tucking a striker in between CB’s or playing combinations in the midfield. To some fans it appears immensely frustrating, but think of it as a chance to try something new without the pressures of the regular season. Bottom line, don’t lose your lunch on a poor pre season performance, simply enjoy it as a chance to see your team on the field. Come August 28th we can start the discussion, until then survive the silly season, hope everyone stays healthy, and keep enjoying your summer. The stresses of the regular season will be back before you know it!