One step closer! This one is so close I can taste it, and while I was tentative to claim us Champions before this match, I am almost there. As for today it was one of those all hands on deck, sleeves rolled up performances that reminds everyone why your team is top of the table. It wasn’t the prettiest the win, but it was decisive, and just the type of win that earns you the three points. The announcer said it best early in the second half, this team is different from previous Milan teams; they never look like they are going to concede. I couldn’t it have said it better myself, but this newfound defensive integrity and balance has been the corner stone of the season for me and no reason why it isn’t the theme at the end. You can love your champagne football, but it is this sort of match that is the foundation of Championships.

It would be unfair of me to not give a little bit of credit to Flamini. I did in fact text message my fellow podcaster, Chad, immedialty after the goal with the name FLAMINI followed by exclamation points. His first touch was exquisite; his bulldog run to goal even better, but the finish and the fact that this goal separated us from a stout Bologna team is all that matters. I will never feel an overwhelming sense of security or confidence in him as a player, but you can’t fault his work rate or his tenacity. Kudos to Flamini on a solid goal, a match winner even, and a great performance when his team needed him. 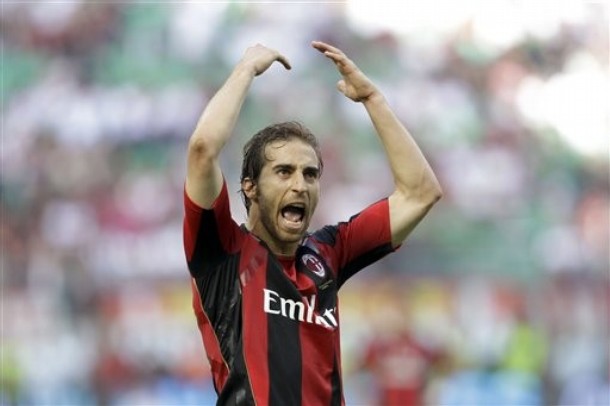 As mentioned earlier it was not the prettiest of matches, everyone had sloppy moments mixed in with some great passes and movement. Ambro was a little rusty, and Bologna had a knack for chopping down counter attacks before they even started. This made Milan disjointed from back to front, but even under some sustained pressure in the second half they held strong. The strikers continued to be inventive and work hard, but the end product was still lacking with both Robinho and Cassano being wasteful of a few chances. Had they buried those chances early this game would have been out of reach, but an 82nd minute red to Bologna basically sealed the deal for Milan and allowed Allegri some freedom in his substitutions. The most intriguing being Giacomo Beretta’s debut who seemed lively, but his first touch, and most likely match nerves caused him to be wasteful as well. His one on one with Viviano had me jumping out of my seat, but even he couldn’t find the back of the net on this day. We have endured some unlucky days from strikers, a problem that if corrected could see a flurry of goals next season.

So as the team packs their bags for Roma, a very interesting trip, that will be discussed at length all week, I am starting to get a bit nostalgic on the season as a whole. What started as a bit of whisper, with little to no expectations, will seemingly end with a roar. While I don’t want to get into at length here, I think it is important to stop for a moment, take a deep breath and enjoy it. It has been a long time since we won a scudetto, and for many new fans it may be a first. Don’t think too much about the transfer window, the new signings, and the expiring contracts. There will be plenty of time for that, instead savor the little things that have made this season so special, while I fully expect to be winning titles in the future, every single one is special and needs to be enjoyed in its own right. Don’t forget this one brings us equal to Inter, the next one puts us back where we belong, eyes fixed on Juventus! 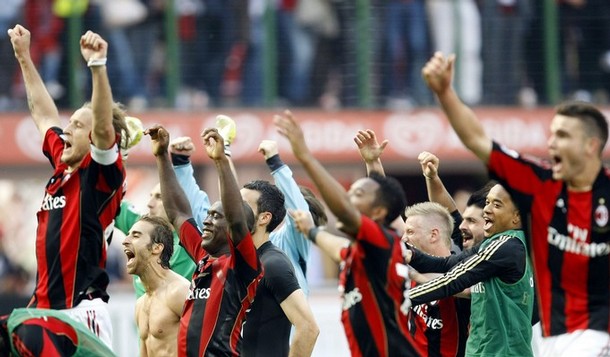 Just a reminder, today Milan will unveil the new jerseys and you have access to the unveiling via the web. 4PM Italian time and 10 EDT so check it out here, will post pics tomorrow when they become available. 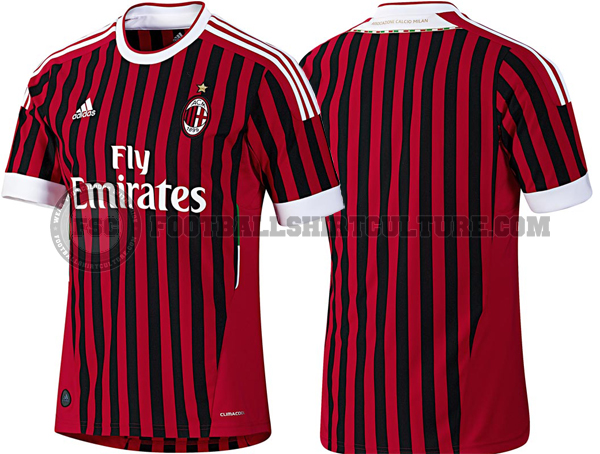 One more small insignificant side not for those that follow the EPL, my English team QPR, has sealed promotion to the EPL!!! So a good year for me on two accounts!