Not going to get to far into it with this preview, I think the three blog preview did a great job of that already, so please check it out if you have not done so already. I instead want to make a simple case and plea as to why this game is crucial in making sure AC Milan are 2010-2011 Scudetto Champions.

Has a nice ring to it doesn’t it? The thing is Champions don’t happen over the course of a single game, it happens over the course of a long season, through thick and thin. I remember the match on Halloween when Juve came to the San Siro and stole a victory. I remember it not only as a Milan fan, but for my own personal reasons as well, so it still sits ingrained in my mind. Milan were seemingly the better team on that day, they played better, sharper, but just couldn’t seem to get things right, and for the first time I thought Allegri was in way over his head, a feeling I myself had about my work with the High School team. 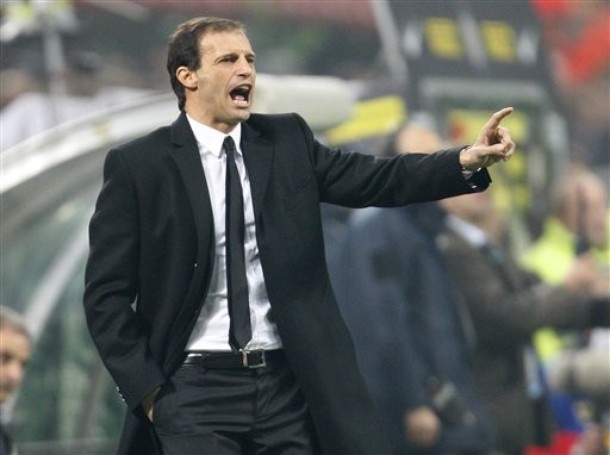 What did Allegri do? He dusted himself off and kick started a run that saw Milan jump to the top of Serie A, not losing again until the Roman debacle, and while I couldn’t replicate Allegri’s success on the pitch I found a way to kick start some success off it. Sometimes life and calico find some harmony and now it is time to do it once again. Champions do something that other teams don’t, they make statements, they defeat their direct title contenders with conviction and Milan showed that against Napoli. They dismantled a team that many thought could give them trouble, and yes Napoli struggled, but Milan did everything right from a tactical and technical perspective and the three goals could have been five had it not been for De Sanctis. Now with some momentum Milan has a chance to put the title out of reach and advance in the Champions League but this is not something to take lightly it needs to be taken seriously one match at a time.

It all starts by going to Torino and reversing the result! Give KPB a run out, keep the hot hand of Pato going and push the Old Lady off the cliff they have so graciously been staring over for the past two weeks. It is that simple and with that result we can start to discuss reversing the result at White Hart Lane and then fix Roma into the cross hairs. Champions don’t let the same team beat them twice and Champions reverse results. But most importantly as in life you take it one game at a time and get the job done. The title is close, but not close enough to rest now, FORZA MILAN!