Tactics Thursday: Shutting Down the Wings

Share All sharing options for: Tactics Thursday: Shutting Down the Wings

I am still simply astounded by the tactical performance by Allegri and AC Milan! For so many to bash Allegri week in and week out this was a master class that even his most ardent critics should applaud. He took realized his team’s weaknesses against a 3-4-2-1 and went out to not only defend against it, but to exploit it as well. As mentioned in Tuesday’s recap the team selection was not favored by many, but the result was spectacular.

I was actually most surprised by Mazzari and Napoli’s inability to read the game and adjust. The 3-5-2 or 3-4-2-1 as sometimes manifested by Napoli is a very dynamic formation offering the Coach tactical versatility and deployment but Mazzari did neither against AC Milan.

Allegri marked Napoli’s wing play as a threat and set out to stop it, he did this rather effectively with Flamini and Gattuso in wider positions than normally accustomed to. In effect almost man marking Dossena and Maggio and not allowing them time to pass the ball, continue their runs, or make the dreaded pacey runs directly at the full backs that so many of us were worried about. This helped Janks incredibly, and while Abate didn’t need help with pace his work with Rino rendered Dossena absolutely invisible and forced Mazzari to turn to Zuniga later in the second half. 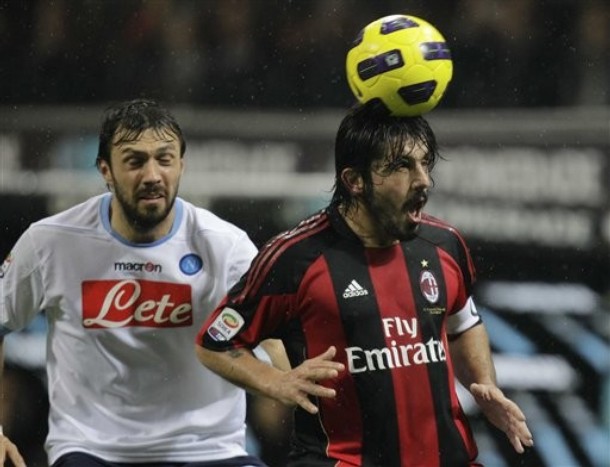 Why Mazzari turned to Zuniga was a bit puzzling? At that point he should have realized that the game plan was lost and the game was slipping away. In a 3-4-2-1 the Coach can quickly shift into a more attacking formation not reliant on wing play by subbing out a CB and dropping his wing backs into a more traditional fullback role. By making this choice he could have subbed into a 4-3-3 or 4-3-1-2 with Yebda and given his team a bit more of a presence in the central channels that would have put Van Bommel under tremendous pressure forcing Rino and Flamini more central and then giving space for his fullbacks to press. This would have helped him defensively as well to curb the runs on the second and third goal. I just don’t understand how such a proactive tactician was so badly beaten on this day. But no complaints from this Milan fan! 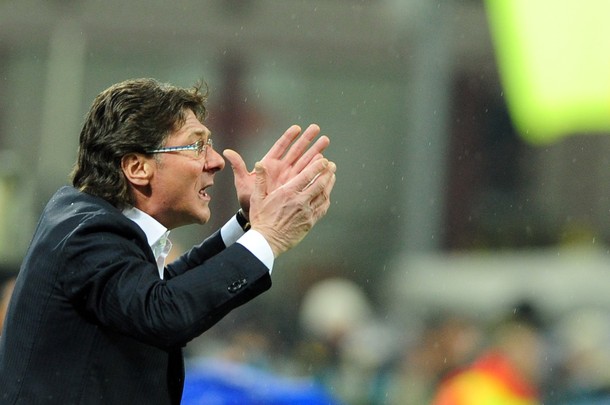 Credit has to be given to Pato, Zlatan and Robinho who were not working efficiently early in the match but as they began to move and force Gargano into a deeper role play opened up as Milan were winning the numbers battle in the attacking third and Van Bommel and Flamini were able to get into dangerous positions. For those who are not aware or cognizant of the importance of off the ball runs and movement this was a clear as day example of how and why it works. By the time KPB entered the fray Napoli had lost their way completely and his run was so clinical that not even the CB’s had a chance to find him and mark.

This performance should create the right momentum for Milan and their trip to Juventus. Allegri would be smart to employ KPB behind a Pato/Cassano partnership resting Robinho and Zlatan and forcing the Juventus defense into the same sort of chaotic marking duties while putting Melo under immense pressure to defend. In the midfield Allegri will not have to play as wide, but resting players for the CL while maintaining balance and strength in the squad should be the number one priority. More on that to follow tomorrow, a win against Juventus is crucial and should be handled that way, the best way to travel to London will be with momentum!