To the Fortress Renzo Barbera...

Share All sharing options for: To the Fortress Renzo Barbera...

On Saturday Milan take a trip to a place in which they have not won since 2006, and they do it without Zlatan. Now we have talked about the Zlatan issue, and psychologically it may affect the team as a whole but physically on the pitch I believe we have the talent and the leadership to take a very vital three points. Now the little issue of not winning at the Stadio Renzo Barbera may weigh far more heavily on this team as they have had their chances but have never really been able to sustain a victory. This fixture last season under Leonardo was an absolute embarrassment and it is in my recollection of matches like that one that I thank the arrival of Max Allegri. There won’t be a repeat of that disaster, that much I can pin my hopes on, but getting six points out of the next two matches would put Milan one step closer to the title.

No sense in thinking about Inter because you don’t get to them until you get through Palermo. I liken Palermo to a wounded predator at the moment; winless in their last three, enduring a coaching change, and as always a wacky owner they are a team in turmoil. But like any predator they still have some teeth in the form of players like Pastore, Ilicic, Miccoli, Nocerino, and Balzaretti, it wasn’t long ago they were playing some very good football and climbing the table but alas Zamparini’s impatience got the best of him yet again and his team suffers. At what point do Coaches ban together and form a little club called, “Coaches against Zamparini.” I mean he may be the only person who has said, “You’re Fired!” more than the Trumpster himself, wonder if they are friends!? No matter how you look at it though, Palermo’s players know how to play, and are capable of playing very quick and organized football, and Allegri should not take them lightly. 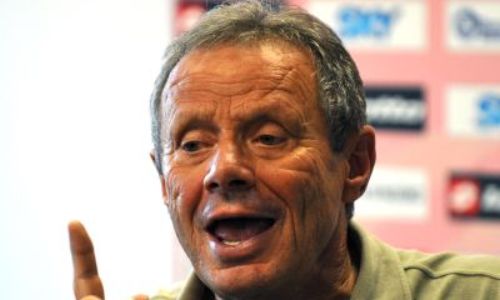 Defensively Milan has been very strong of late and a lot of that credit has to go to Abate, Nesta, Silva, and the warm body on the left. A week off almost guarantees they all see the pitch and with Van Bommel keeping his place in front of them you have to believe the Leo days of leaky goals are very far in the rear view. Take your pick of Flamini, Emanuelson, Merkel, and Stasser to flank Van Bommel and I am still feeling pretty good. Notice how I didn’t even say KPB, because my worries rest with the attack!

With Zlatan out it is time for two players to stand up and be counted, the first being Cassano. We all know what he is capable of and we have seen it whenever he is on the pitch, quick feet, precise passing and he can finish. For those of you who still want to call him the "Italian Ronaldinho," just count how many times he shows up on the *GASP* other side of the pitch and that comparison goes out the window entirely. He has even formed a decent connection with his attack mates and I feel like this is a match where he can really make difference. That leaves a one Alexander Pato, to prove that he is a consistent and capable goal scorer and not just a player who plays a solid match here or there and disappears when we need him most. He has all the talent in the World, I don’t deny that, but I am still not ready to anoint him with any titles or praise quite yet. For me he simply hasn’t earned it, and while I think he can do it, his work ethic and impact on matches needs to be consistent for me to really get on the bandwagon, and Saturday is as good a place as any to get that going. 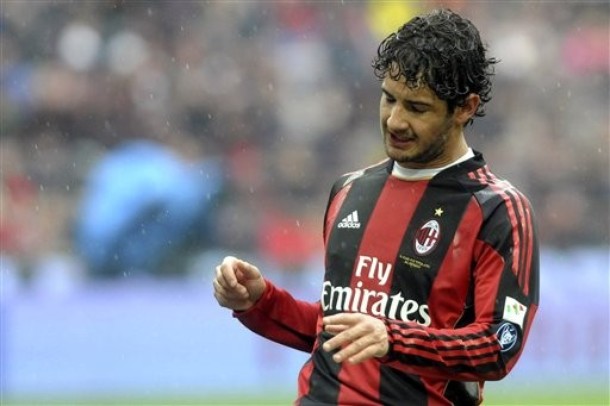 Now with KPB fit, I think he absolutely has to play CAM. First and foremost it gives Robinho a chance to click his heels on the bench and hopefully wish for some finishing skills, but more importantly puts Prince back in a role that has yielded goals, something that hasn’t come so easily in the past few weeks. Using Prince in this role gives the team a lot of grit all over the pitch to stifle Palermo, but adds a tenacity and intensity going forward that has just been lacking of late, no one can deny that he is like a steam roller going to goal, mowing down everything in his path, and we need that now more than ever.

Yes, you saw that right, Emanuelson at LB, and if anyone watched his half against Bari last week, it was excellent. I believe in players earning their time on the pitch and he did that and more. If Allegri wants to play him at LM I can't argue with that either, but I figure having him a bit deeper and making some marauding runs on that flank will give Cassano and Pato a bit more space and service in the more central channels. I can also make a case to see Strasser in place of Merkel, but either youngster can benefit from some minutes in the fortress that is the Renzo Barbera.

Three points now, three points in the Derby and you have to believe we can start putting one hand on the Scudetto. Problem is these six points are still two matches away and the job has to be done on the pitch, not in discussions or assumptions. Bari should have been an easy win and lead extender at the top, that was not the case, so absolutely nothing should be taken for granted. These next few matches, if treated like Cup finals, will yield long term results and this team can finally start doing things the easy way instead of always taking the hard road. I don’t want to be watching the fixture list and table week in and week out, lets win this sooner rather than later and with that FORZA MILAN.

Just an FYI, I will be away at a tournament this weekend, so I may be a little late with my viewing and recap, but as always you guys do a great job discussing the match both pre, post and during so keep up the good work and see you when I get back. Hopefully with news of a victory for my team as well!