I want to do everything I can to avoid making this one of those cliched first vs last pre-match posts because frankly that doesn't matter. If that really mattered then there would be no feel good underdog stories, or inspirational movies to pine on about, so let's forget the bottom of the table for a moment and think solely about the top. Inter dropped points this weekend and with a win Milan go seven points clear at the top!! There is no simpler math or focus when it comes to to the task at hand.

Yes, a win would sure boost morale after the midweek CL depression, but putting the title squarely back into focus has to be the mission and with that a domestic double a very real possibility. Nothing cures losses, or players out of form like a decisive win and Allegri should be working towards that as we speak. He also needs to be sure not to take Bari likely however, as the last few weeks have shown a team that is not a push over, and even last week against a surging Udinese they were unlucky not to earn a point, with only Handonovic standing between them a what looked like a victory. As stated for much of the season however, with the technical and tactical quality of AC Milan, dropping points will simply be a failure of the team and putting Bari away early should be the ultimate goal. Sorry, but no underdog stories to smile about here... 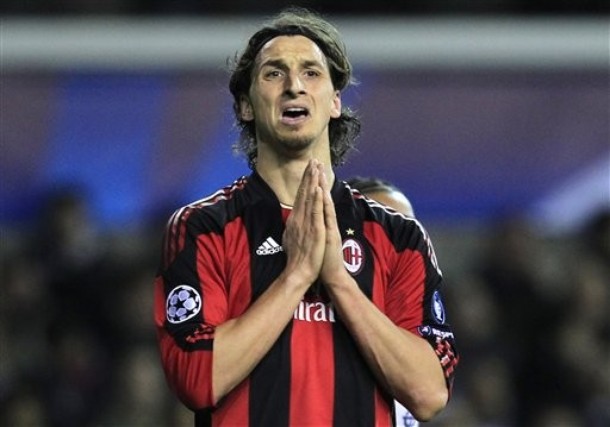 Allegri will have a much larger squad at his disposal and resting Ibra or Robinho to play Cassano against his boyhood club is almost a must. I am in the camp of playing Fantonio behind Pato and Robinho, but I am sure some would prefer Ibra in this game because against the likes of Bari he can be good for a decisive double. Was that a backhanded compliment? Maybe, but you can't win a title if you don't score goals and beat bottom half teams, and there is reason this guy wins titles everywhere he goes. Say what you want about his game midweek, and slander him as some of you already have, but we wouldn't be in this position without him, like him or not. I would fully expect to see Van Bommel make a return to the CM spot flanked by Rino and while Flamini has certainly earned another start, he has also earned some rest. If Antonini can start at left back which is highly likely, than Emanuelson can move into the left middle spot. But if Antonini doesn't get the nod then Emanuelson should get the run at LB with Flamini ahead. Nesta who looked a bit under the weather midweek could probably use a rest and Yepes can contend with Bari's single forward in the XMAS tree formation.

The goal is now painfully evident, and amazingly simple. WIN THE SCUDETTO. It has to be done one game at a time, and this is step one to a seven point lead at the top and one step closer to claiming what is rightfully ours. For those of you looking for youth in the winning eleven, patience, if the title can be won before the end of the season you will have plenty of youth to salivate over, just don't go asking for Didac Vila! For all fans Stateside remember to change your clocks, and contend with the early start, see you all bright and early on Sunday.