Wow, wow, wow, so much to say I better just get on with it but will probably have a second thoughts/tactics post later this week as well as my notes are a few pages long!

First and foremost, hats off to Allegri, I cursed him out rather adamantly when I saw the lineup for today’s match. 3 DM’s, no Cassano, and Janks!?? Well I was proved delightfully wrong. Right from the outset Allegri had a plan and it worked to perfection, instead of playing the midfielders in a very compact and narrow fashion as he typically does he chose instead to employ Flamini and Rino wide knowing full well that Napoli wants to attack the flanks so instead of letting Dossena and Maggio run free will at our fullbacks they had to deal with Rino and Flamini first, it was almost as though they were man marked. This allowed the defense to play a bit more narrow than normal and it worked to perfection. Mazzari had no answer and Napoli didn’t even manage a true chance on goal, forget stopping Cavani and Hamsik, if you shut off the service you shut off Napoli!! 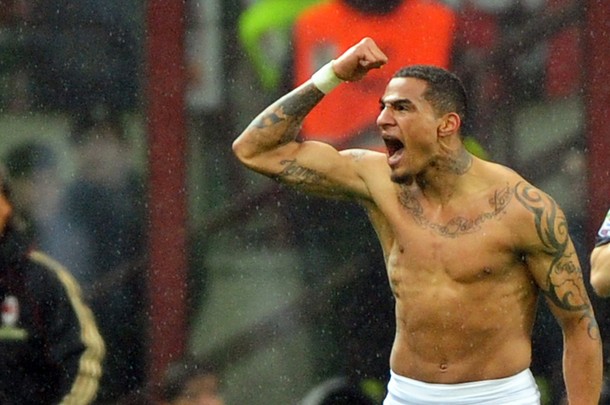 Let’s not forget the subs either, KPB was a brilliant move. Bringing him onto the pitch is like adding two two players and CAM he gives Milan a 4-4-2 look in defense and extremely dangerous runner into the box as shown on Milan’s second goal. He has scored in every match in that role and I am sure Allegri does not take that statistic lightly. Getting Emanuelson some time at LB was genius though no one can argue that playing Janks again at LB after this performance would not be an issue. Just a great tactical performance all around, but the players made a big difference and one in particular. 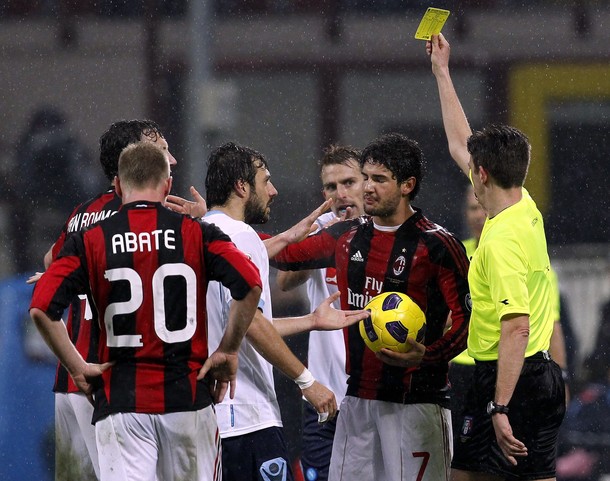 For me it started with the yellow card, but the intensity I called for from Pato in the podcast was out in full force today. He was everywhere, winning the ball, checking into passes, and facing goal with the ball at his feet on numerous occasions. As the match wore on he continued to wear down the large but slow Napoli back three who simply had no answer. The third goal was pure class but the one that stands out most for me was the second, the presence of mind to slip his man look up and find the better option KPB was magnificent, despite the shouts from Zlatan. Had it not been for De Sanctis Milan would have been up 5-0 and Pato would have two goals and two assists, what a performance. Something about Napoli just brings out the best in the Duck! Let’s hope Tottenham wears their blue jerseys at home, eerily similar to Napoli’s colors… 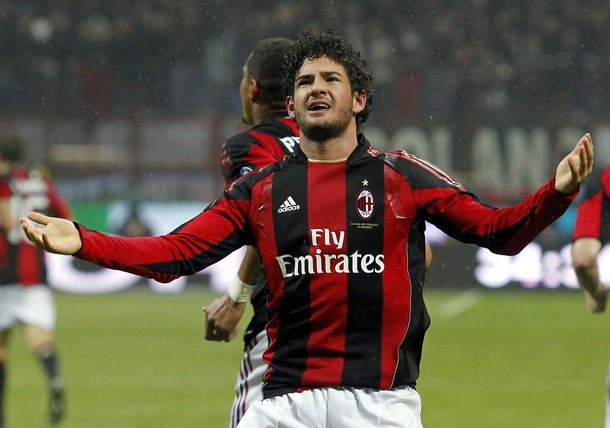 As for Zlatan, it is evident that when both players are on the pitch there will be plenty of gripes, but the other will clearly work as a decoy creating space. It almost appeared as Napoli gave Zlatan to much respect rightfully so and let Pato run all over without any real marking or shadowing. Fine by me, and should be fine by Zlatan as well, a win is a win, and there is no doubt that Pato will have to return the favor at some point, but if he plays like this it will be a non-issue. Teams will try to stop him and Zlatan will have acres of space in which to play with.

Speaking of Napoli the week leading up to the match had billed this game as something special, rightfully so, a 1 v 2 battle with years of history made this one as anticipated as they come. Problem is the hype got to Napoli and the inability to string passes together, build any sort of attack, and a disappearing act of big names like Hamsik, Gargano, Maggio, Dossena, and Cavani was astounding. Credit to Milan, but when you watch a guy like Maggio muck a trap with both time and space, you can tell he and his teammates were a bit nervous on this day. With those nerves Milan did what a veteran team should do, put the opponent to the sword and never let them breath.

As noted earlier, I am going to have to come back here after a second viewing and get some second thoughts down for this match, but I want to share a few notes and then let the celebrations continue for a five point lead atop Serie A!

-I remember a comment from a friend of mine who played striker in at a local college; he always said he couldn’t score on the pitch if he wasn’t scoring off it! Wonder if Pato got that loving from Ol Silvio’s daughter…a slippery slope if you ask me, but I will leave rest of the muck raking up to you!

-Van Bommel bossed the middle today very well, it was one of those performances they you have to really pay attention to see, much like a good game from Pirlo, but it was just that. He got forward when he had to and held his ground when he didn’t. Kept himself out of the ref’s ire and even got a chance on goal. Well played all around.

-Silva and Nesta did what few other CB’s in the league have done this year; stifle El Matador, Edison Cavani. Truthfully it was a team performance, as I mentioned earlier, but the way they passed him off and kept him out of dangerous areas shows what they are capable of. Few players are as hot as he is and hopefully they can do the same against the likes of Crouch, Di Natale, and Pazzini as the season progresses.

-The PK was a very close call, from the ref's angle it looked quite clear. But form others it was close. Not but a second before Van Bommel was dragged for a very clear penalty and some have mentioned that as a make up call. Either way the ref made the call rather definitively and Milan took advantage to the tune of three goals in less than 30 minutes. I never complain about refs because as I said it all evens out so when we don't get one be careful not to turn Roman and start whining.

-What happens now with KPB grabbing the CAM role by the scruff of the neck!? Robinho and Cassano will have to work doubly hard because it looks like every attacker on the pitch wants to work hard to be there, a good problem to have as long as all players stay happy. For once Milan has real choices in a few places; let’s just hope it doesn’t become a distraction.

-Here is Pato’s goal in case you missed it, and if you didn’t it is certainly worth a second look!

A quick and very exciting side note! Today at 12:15 EST I will be doing a spot for World Football Daily! For those not familiar please check out the site and show, you won't be disappointed. There is no better place to follow the game we love and getting to listen and even call in and talk about it daily, what more can you ask for!