I can’t really remember such a sloppy second-half from this team. It was hard to watch, passes trying to be played through Chievo players, midfielders chasing, and defenders ball watching. Just plain ugly and you know it is bad when strikers come back into the defensive third to collect ball and start running full steam ahead to try and create something. The Chievo goal itself was ugly, and the mis-communication in the box with marking was almost comical as Milan had bodies in position but no real solid marking responsibilities covered. Tough for Merkel to make that cover and how Oddo doesn’t adjust is beyond me, but you can easily see when a team becomes disorganized in the midfield and pressure is not applied on the ball things start to go downhill rather quickly. But the goal seemed to provide a spark that this team desperately needed, and with the help of a much maligned Pato, Milan got the three points they so desperately needed. 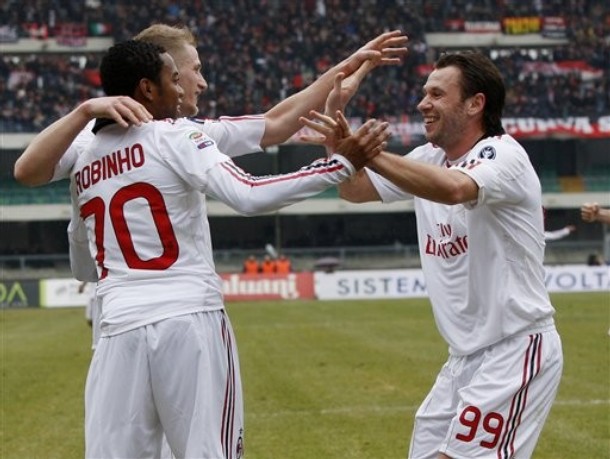 I have to admit I was angry to see the switch, why Cassano and not Zlatan? Why not let Pato run up front with Robinho and let Cassano pull the strings, the Zlatan-Pato partnership has left much to be desired and even his first ten to fifteen minutes left me frustrated and impatient. But then something changed, tough to tell what really, but as Zlatan “disappeared” Pato grew all the dangerous. As I watched part of the second half again I can’t even really decipher if Chievo were sending more bodies towards Zlatan creating space for Pato, or if Pato just finally decided enough is enough and it was time to remind the World what he can really do. The goal was pure Pato, a simple pass to feet, the ability to run at pace versus a defender 1v1 and the simple cracking shot that reminded me, yes this is what everyone is talking about!

I was hard on him all week, have been all year actually, but today as he spent more time on the pitch he showed more urgency, more tenacity and more desire. Why a team so experienced in possession can’t find him these types of opportunities is beyond me, but he took his chance magnificently and almost created another, and suddenly I have to rethink my sell Pato campaign rather quickly. To be honest it wasn’t even the goal that got me, but the celebration after, the simple raw emotion that makes me jump off the couch like a little kid when a player does something so simple yet so devastating to the opponent and so important to the team that even he erupts in excitement, well done Pato. 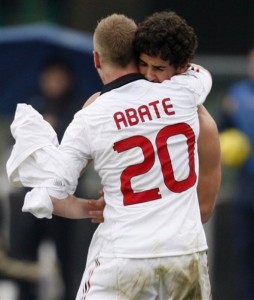 The first half was nowhere near as poor, and the slick one touch possession and interchanging in attack was a joy to watch even if the finished product came on a bit of a sloppy goal. Robinho, Cassano, and Zlatan were like whack-a-moles popping up all over the attacking third and forcing the Chievo defense and midfield into hectic defending. Even though Merkel drifted in and out of the match, he did well to link play and when Cassano was on the ball he always found a nice threaded pass, but sustaining that momentum in the passing game was clearly a challenge. Often times you credit the opponent for being organized and closing passing lanes, but at the start of the second half it became clear that winning the ball was an issue as Rino tired and Van Bommel couldn’t win a tackle. Frustrating from a coaching standpoint because you have to believe the team was passing well from the start and looked very dangerous, something desperately lacking in recent matches, but it’s tough to pass if you don’t have the ball.

Going to Chievo is never an easy task, sloppy pitch, sloppy game, but as I have always said, no one will remember how the team earned the three points when all is said and done. The only thing that matters is that they earned them. Three points off Parma, three more off Chievo,with Napoli and Juventus on the horizon and all things the same at the top of the table. The job is far from over but save the match against Tottenham, all things according to plan in the six matches that may determine the title. At least we got one pretty thing to look at today, who knew Old Orange Silvio could have such a good looking daughter! 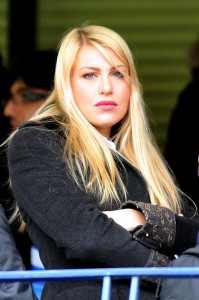 Some odds and ends now to cover and hopefully you all find it as exciting as I do. Jovan (JoePesci and I KillforCookies) and Mrs. Shankly, who was responsible for yesterday’s Yepes masterpiece, have started a blog entitled Milan Obsession and after you visit this site this should be your next stop. Later today I will also sit down to with the help of Mrs.S to record the first ever AC Milan Offside Podcast. Many of you have asked, and finally it has come to fruition. Hopefully it is going to be worth the wait, we will talk more about the podcast later, after we get this one out of the way, but the goal is to use topics directly from the comments and depending on reception I will reach out to many of you for ideas and topics, hopefully another way to link what has become a great community of fans, thanks again to all of you because without you none of this would be possible.