If there was a blueprint for the pre-CL match, this was it. Everything clicked, good passing, good possession, good finishing, and stout defending. There is no better way to go into a big match than with a win under your belt and renewed confidence in being able to score goals, but not just one or two, but a handful!

We had discussed at length the issues with Milan’s passing game and tactics of late and today we saw a revelation in the way the team was deployed and the result. The simple addition of a capable passing body in Merkel, coupled with checking runs to the half-line from the attacking trio made Milan more compact, more fluid, and finally put an end to the over the top long balls from defense to Zlatan. Good riddance! Cassano and Seedorf came early and often to the collect the ball from the defense, turn and either make a pass to feet to Zlatan or attack the defenders and space being given by Parma. Often times both Rino and Merkel would work their way forward leaving Van Bommel to his own defensive devices which proved crucial as both midfielders had a hand in the first two goals. 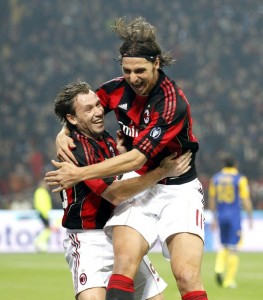 The big story was the great link play in the attack, excellent runs, lots of movement and both Cassano and Robinho getting on the score sheet in exemplary fashion. Zlatan was his usual self and had his own chances, but his passing was superb and leaves me with a simple question as I watched today’s performance, who is Pato again?? With Cassano in behind Zlatan and Robinho and all three players interchanging as well, many of us finally got the trio we were waiting for and it delivered. Granted Cassano can’t play in the CL, so Pato still has a very important role to play, but with Cassano able to give Robinho a bit more freedom into the box and less ball collecting duties the result was clear. There is no reason this can’t work with a trio of Cassano, Pato, and Robinho as well but the issue of balance needs to be considered and as KPB nears full strength it looks Milan will have an embarrassment of options depending on the match and tactics desired.

Defensively Milan was also solid, but this has always been the case when Nesta and Silva are doing their thing. As the game progressed Oddo and Antonini pinned back to close down any chance of width for Parma, and at that point the match was conceded and Parma had few chances or options going forward. Even Van Bommel managed to be do well, save a few rash challenges, and his positioning and defensive skills are very well utilized in front of the defense. It helped that the attack was firing on all cylinders, but seeing the defense in clean sheet form once again and Abbiati coming up big when called upon was a welcoming relief as Milan ready for Tuesday’s match. CL preview tomorrow, and then the big day! 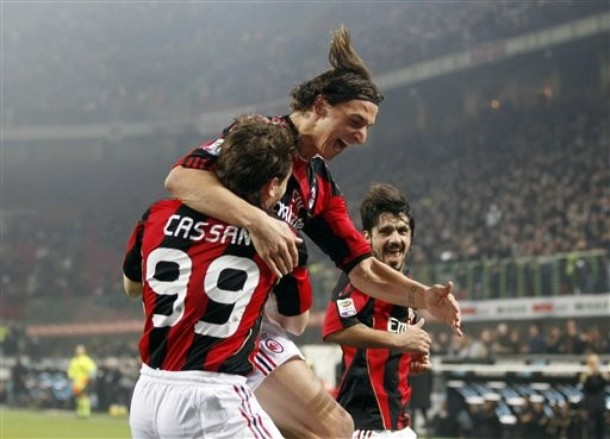 A recap if you missed the goals…

So as if a facebook page and a twitter feed were not enough the AC Milan Offside is now in Spanish as well! Check out Samir's blog if you would like his take on Milan ¡En español!