Nocerino: Transfer of the Year?

Share All sharing options for: Nocerino: Transfer of the Year?

In the summer, while everyone lusted after Mr. X, Fester quietly made the signing of the season with Antonio Nocerino. One could argue, specifically Juve fans, that Pirlo is just as valuable to his new team, but this was a given, whereas Nocerino was a wild card. So much so that even some Milan fans wrote him off as a pub player and someone not up to the caliber of AC Milan, well those fans have been proven wrong by the player and it looks even Allegri is on the Nocerino bandwagon!

“Among my players Ignazio Abate has made the most significant improvement. Who is the symbol of Milan? It’s too easy to say Zlatan Ibrahimovic or Thiago Silva, so I’ll vote for Antonio Nocerino.” – Allegri 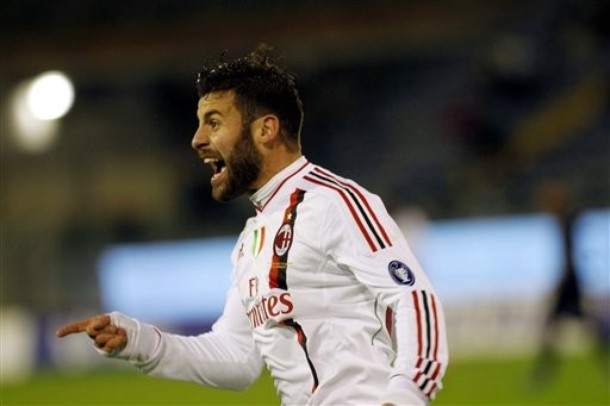 To me this comes as no surprise; in fact his signing merely reinforced my belief in a player I felt had the makings of a future workhorse for both Club and Country. Often called a more complete version of Gattuso, a young Nocerino, then plying his trade for Juventus was a bolt of energy tracking down opponents and winning possession. His move to Palermo for Amuari was met with resistance but the smarter Juve fans, but in this modern age where everyone loves strikers, it is players like Nocerino that are often glossed over. At Palermo he further refined his skills, becoming a more complete passer and attacker, and was called irreplaceable by Zamparini. Granted Zamparini had never made a deal with the Devil, and for a pittance he was shippd to Milan. Full disclosure I bought my Nocerino jersey that day, and bid my time while Antonio showed the World what I already knew! Nocerino is a player!

To be fair he fits the Allegri mold perfectly. Exuberant runner, great tackler, and excellent movement he has made the RM spot in the three midfield line his very own. While the great Rino Gattuso fades into retirement, it is Nocerino who will take on the mantle. Flamini was thought to be the heir, but anyone who watched the Frenchmen for 90 minutes could see that a headless chicken often covers ground in a more sensible fashion. So Nocerino simply took advantage of what was given to him, and made it his own, rendering the loss of Gattuso to a severe eye injury palatable, and making Flamini an afterthought. But his defensive strength is not the only thing to cheer about, his six goals in 13 matches equals his tally in 70 matches with Palermo! He has taken the freedom to get forward to a new level and Allegri and Company welcome his efforts and goals, as his return after a brief injury was a missing spark and helped Milan get back to winning ways. 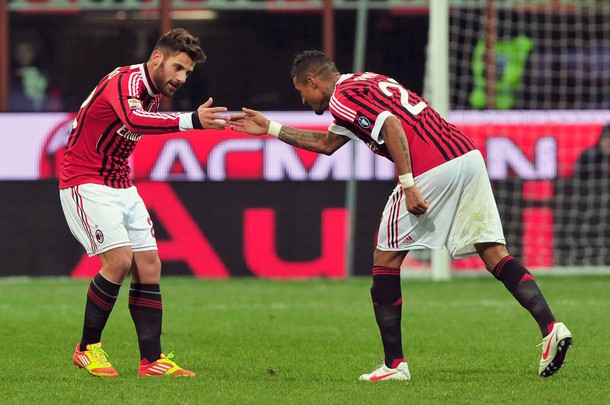 The Nocerino purchase was stroke of genius, but more importantly his play and contribution have given Milan some hope for the future. His understanding and chemistry with Prince has been excellent, and he is no stranger to Aquilani either. If Milan can build around those three, while adding a CDM in the vein of Mikel, Asamoah, Diaby, or even hand over the reins to Strasser then the midfield problem that was evident last season will be history and the new breed will usher in the next generation of success for AC Milan. Nocerino, Silva, Abate, and Prince will be the new guard of AC Milan taking the venerable reins from Amborsini, Nesta, Rino, and Clarence. Future doesn’t look so bad anymore now does it?