Football gives me grief about a few of things, the first is the simple greed that exists in the modern game, the second is the fan-boy hype, and the third? Overbearing, manipulating, know it all Owners. I thought Silvio had learned his lesson, he laid off last season and SURPRISE SCUDETTO, but it was to good to be true, his return to Milan may spell the end of our resurgence. He spoke out recently and I want to take a minute to translate and dissect, and remind everyone while Silvio was always better at an arms-length. When he became President of Italy a transplanted family member said, "Thankfully he is no longer Milan's problem, now he is Italy's problem." To that I reply, he is no longer Italy's problem, but once again Milan's problem... 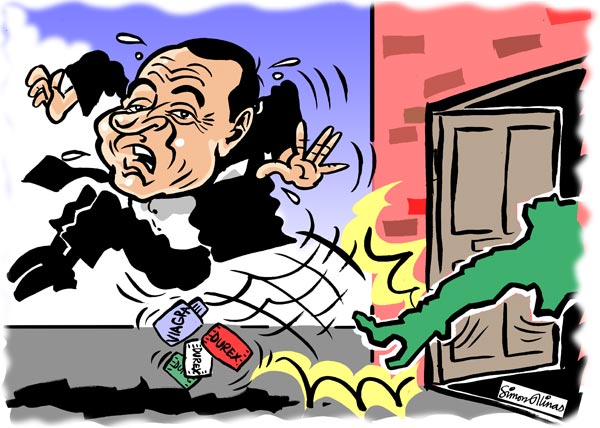 Berlusconi was also keen to talk about one of the side's current strikers, who has been plagued by injury and inconsistent form.

"[Alexandre] Pato is a great player but in recent times he has not been at his best. We see him a lot on the right but he should play more in the centre. In football, goals are what win it and we should serve him," he added.

Sadly, this is far from the truth, imagine this. Wait, that guy can't play on the right, he can't play on the left, so we try him in the middle, only Berlusconi....let's let Allegri decide shall we? Speaking of Allegri...

The president confirmed he is also in the process of offering a new extended deal to coach Massimiliano Allegri.

"We will be looking to renew the contract of Allegri. This Milan side are designed to win all competitions," he confirmed.

Translation: I love this Max guy, I told him to play two strikers and he did, Bada Bing Scudetto!

Truth be told, he deserves an extension, the current style of play and balance is excellent, best I have seen in a while, but don't let Silvio fool you.

Berlusconi concluded with a few words on Milan's season so far and how he would like the side to replicate Barcelona's style of play.

"I'd like to see Milan playing like Barcelona does. I taught this style of football when I was a coach of a non-professional team," Berlusconi stated.

"This year we think we'll be able to win the Scudetto again and we want to do great things also in Europe.

"We are two points behind Juventus, we are in good form and we're doing well. It's a positive season [so far].

Translation: When I coached, I didn't know what I was doing, so when the players said Mister what do we do, I said pass it. Then I taught that to Pep, and now I want to teach it to Allegri.

Uggh, here we go, another lunatic blinded by Barca-only football. Have we not learned anything this year, Milan had Barca to the sword and instead of killing them and ending this nonsense, they let them get away. Well guess what Silvio, you won't be wishing for Barca if Max and Milan get another chance, better idea, sell the Club to Fester and go buy Barca! Problem solved.

"We are in the last 16 of the Champions League, where there is also Barcelona, who plays the style of football I like. Barca don't have more class players than us, it's just a matter of willing to play a certain style of football.

"Milan play good football, but I think we lack the willingness to practice a style of football far away from the traditional one."

Translation: You may have played two strikers like I ask, but your football sucks. You win games, I don't care, you play to many defenders, we need to play 5 strikers, win 99-98, get me Leonardo!

This is where I draw the line. It is almost like he pulls his head out of his ass once every three years and decides to make a comment. Champions of Italy almost always have the best goal differential, and Milan to their credit, almost always have one of the strongest possession records much like Barcelona. Why do Owners, pundits, and fans insist on this belief that a team's identity has to mirror or match another's, instead of forging it on it's own. What happens if Milan win the CL and Scudetto, will Allegri football be all the rage?

Silvio, I am going to be blunt, the last time your dumb ass got involved with transfers and coaching we bought Ronaldinho and watched his career plummet wide left, where not even your Coach could find him. FYI they did find him, he is taking care of himself in the bathroom in case you wondering, and sadly that can mean more than a few things, it could be sexual or by his recent fitness levels simply eating a hostess cupcake. I ask you rather politely, do what you do best, smile, sign checks, and let the football people handle the football. In the meantime go talk to Barbara, I have a feeling we are on the verge of a Duck problem. 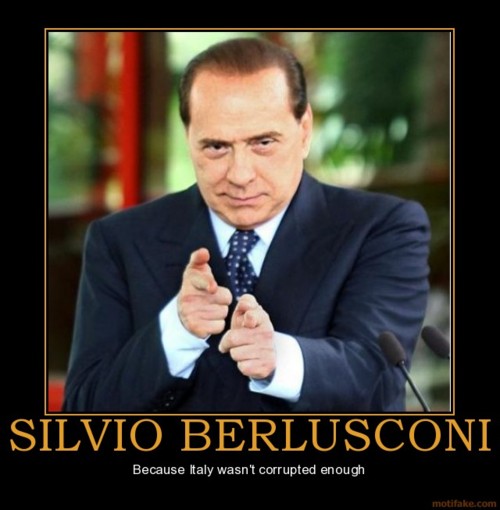