So Christmas came early for AC Milan in the form of a handful of gifted calls in their favor yesterday. I have and will always continue to be of the belief that these types of things even out over the course of the season, so at some point this sort of fortune will be turned upside down; let’s hope we can earn a draw in that situation as well. With that said, it is fair to say Milan didn’t deserve a win, and a fair amount factors went into this statement, simply a bad day all around, from top to bottom.

If you read the live blog you will have noticed my beef with Pato. Where are the super fans know to support the hype? But that sort of beef can hold for a handful of players and even the Coach. Missing the work rate of Nocerino is surely a huge blow, and it is perfectly evident that this sort of player is integral to Allegri’s formation and the success of the team. Without a player like Nocerino to compliment Prince and Van Bommel, Milan had little to no answer for Diamanti and Ramirez who appeared capable and dangerous every time they were on the ball. It didn’t help that Di Vaio appeared to turn back the clock and score a one of the prettiest goals I have seen this year, and had it not gone one in should have most likely resulted in a Red Card for Amelia. 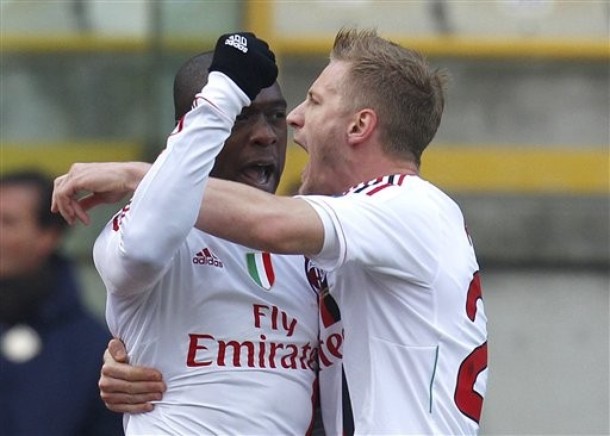 Seedorf and Aquilani were also equally abysmal, and it appears that having them on the pitch at the same time is simply a negation of their talent and value to the team. Both look to receive the ball and play it forward, and without an extra ball winner Milan see less of the ball in the attack third therefore less touches for either. Hopefully Allegri learned his lesson and in the future deploys Urby instead of Seedorf together with Aquilani. At least on this day Allegri made the right subs, albeit a bit late, Robinho and Urby proved a definite spark in place of the sluggish Seedorf and useless Pato. To his credit Seedorf’s goal was very nice, but it took a great effort from Prince, and an excellent pass from Abate to make that happen. Both players were bright spots on this day when it appeared that the rest of the team was going to have a rough day at the office. 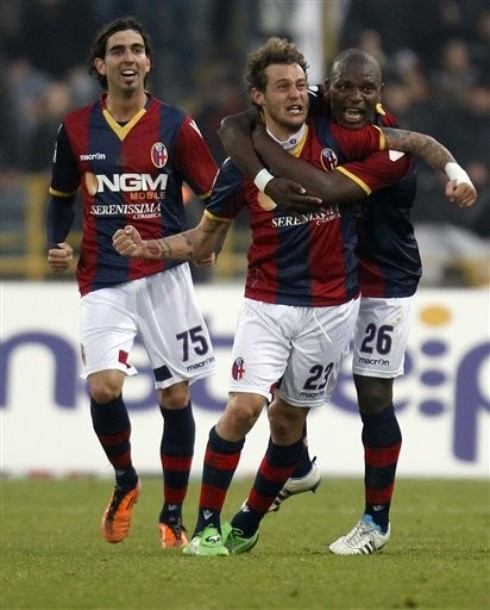 Most alarming for me however was Milan’s inability to first and foremost limit Bologna chances, but second of all to locate and contend with the likes of Diamanti, Ramirez, and Di Vaio. This goes for everyone, but if players are dangerous, how can we let play free? This was a poor representation of an Allegri team and their inability to pressure the ball early in the neutral third is squarely to blame. A missed opportunity away from home, and while a draw is better than a loss, a win was surely obtainable.

Now our little Juventus problem gets even worse, with a chance for the Old Lady to four points clear. In fact you can call it a bianconeri problem with Udinese two points ahead as well while we share the spoils of third with Lazio. In true Milan fashion, they never take the easy route, and now the next six points are even more pivotal. A week off will do the team good, get some players back healthy and rested as they prepare for Siena.