Dear friends, I just wanted to express my gratitude, on behalf of myself and my family, for the well wishes that have poured in over the last few days. Whatever sadness or difficulty I felt was soon replaced by the show of affection from people all over the world. The President, Silvio Berlusconi, Adriano Galliani, Massimiliano Allegri, the doctors Tavana and Mazzoni, all the staff, my team mates and everyone involved at Milan have constantly been close to me. Thanks to them and the doctors who have taken care of me I was able to face this strange 'injury' with courage. I would like to send out a hug to all those who have shown their support and made me feel important by coming to the Policlinico of Milan or through the numerous messages sent to me. I would like to dedicate a huge thank you to all the people at Real Madrid, particularly the President Florentino Perez and the coach Josè Mourinho. Now I will rest as much as possible at home and will be glued to the television when Milan are playing, or when Italy are playing. Also I will be following the developments in Genoa, a city that remains in my heart and that I know will soon recover from problems of recent days. I will do the same and I promise that I will be back on the pitch as soon as possible. Big hug to everyone, and thanks! 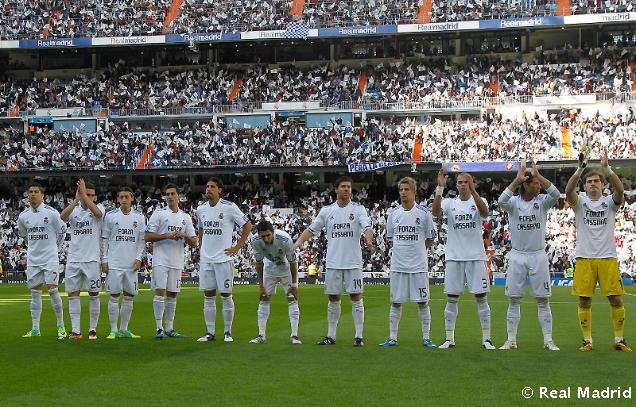