Here in the States we have "Black Friday" and "Cyber Monday" well today I introduce to you, "No Tevez Tuesday!"

Now I will gladly come right out and tell you that I am a big fan of Carlos Tevez, the player. Industrious, hardworking, and a tireless work rate I remember his season with West Ham as he seemingly single-handedly staved off relegation. What I am not of fond of is Carlos Tevez, the person. In fact to be rather blunt, I am not a fan of any player who spends more time mired in controversy then on the pitch playing, are you listening Mr. Balotelli? So while I firmly believe that Milan is not the place for Carlos Tevez, it is not as cut and dry as some want to make it out to be. He also doesn’t look all that bad in Red and Black!? 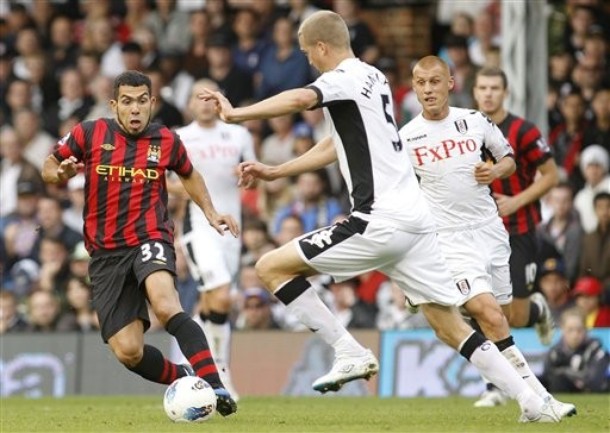 The biggest negative for me, is also the clearest, and that is Tevez’s off the field issues. Now Milan has had success in the past with a player just like him, in the form of Robinho, another Man City want away, but Tevez isn’t coming into a team with a strong Argentinean presence, nor is he coming into a team assuring him of first team football. Both of which could cause him to act up and upset the balance of a team that has finally taken the shape and attitude that Allegri has worked so hard for. It is not secret Allegri would rather a CDM and some defensive cover, but management seemingly still continues to lust after attackers despite the fact that it remains the position with the largest glut with Zlatan, Cassano, Pato, Robinho, El Shaarawi, and Pippo.

Zlatan is proving epic this season, and is easily the most dangerous and in form striker. His most effective partner in crime has been Robinho, who proved his chemistry last season and seems to be carrying over just as well. Pato has been injured and inconsistent, nothing new, and El Shaarawi is still rough around the edges leaving Pippo and Cassano. Cassano may be out for the season with his heart condition and while Pippo is a sentimental choice more than a tactical one, you can see the reason for courting Tevez, or any striker for that matter is puzzling, but not outlandish. Is it possible that Pato could be sold? Cassano never to play again, El Shaarawi not as expected or Pippo poised to retire? All these questions are unlikely and remain unanswered so management wants to hedge their bets and make sure the team is deep and competitive on all fronts as the new year arrives and the potential for two matches a week until May becomes a real reality.

The point of concern here for me has never been strikers, but always defensive cover. As Nesta is set to miss a month we still have no real groomed back up for him, and stop gap solutions like Mexes and Yepes don’t give Silva that partner for the future to assure Allegri and Milan a menacing CB duo for the next ten years Astori, Ogbonna, Chris Samba, or even the pricier and less attainable Hummels are far better buys. Not to mention buying a striker doesn’t address the fact that only two players on this team can play a vital CDM role for Allegri, and both of those players are on the wrong side of thirty. Can this team really afford an injury to Van Bommel and Ambrosini for long stretches with two matches a week? Not at all, yet we are not sniffing around for a real solution at CDM. Maybe Milan sign De Rossi, something that would surely cause me some grief, but why not make the big splash and get a guy like a Alex Song , hugely underrated, but makes this team World Beaters almost instantly, or offer a player like Essien a chance for a fresh start in a new venue?

So while I don’t disagree with a player like Tevez, he is a surplus to need and has a real chance to disrupt the chemistry of a team that is really gelling at the moment. Now if you are were going to ship off Pato for 50M, bring in a guy like Song, and then take Tevez for free, we can talk. But in the meantime it remains “No-Tevez Tuesday.” 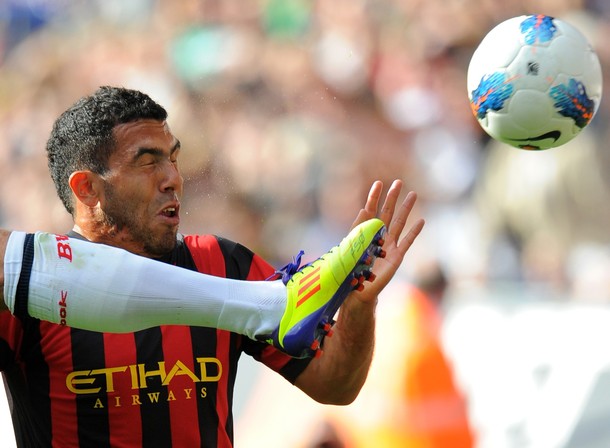