Occasionally two teams come together and instantly create a match for the ages, an instant classic. I guess someone forget to tell the two teams that this is the group stage, and not the Final, but that wasn’t stopping anyone from leaving it all on the pitch! End to end action, stout defending (from one team) and slick passing (for another) made this match a joy for the neutral supporter, and hopefully struck a bit of fear in the Barca-machine...

We may as well start by discussing Barca, they are in fact what they people say they are. They pass the ball, very well, they move and pressure, very well, but their defense is suspect and it is because of that our very own AC Milan fought tooth and nail and kept themselves in the match. But sometimes just keeping yourself in a match is not the sign of a great team, but a scared team, and one that didn’t take risks and capitalize when Barca looked feeble. Unfortunately, I don’t really like the idea of moral victories, and the fact that many are in fact proud of the team is only a sign of where we stand. If we are going to be proud of a 1 goal loss in a game we could have won then we will always be second class citizens to the likes of Barcelona. Today could have been our day, but a few mistakes from the outset put the team at a disadvantage.

I didn’t like Allegri’s decision not to use Nocerino, instead choosing Aquilani who had a travesty of a match. I can even justify the inclusion of Seedorf, but when it was time to introduce Pato, Allegri had it all the gain and could have left Robinho, Zlatan and Pato to trouble Barca’s weakest link. I have to say I am wholeheartedly disappointed in Pato, he was nonexistent and did little to impose himself on the match. If he is going to be a true star, it will be in matches like these where he will shine. Even Zlatan was able to score when Milan needed him most, something he has been criticized about on bright CL nights. At the end of the day Milan didn’t create enough chances to truly make Barca bow when there were chinks in the armor and Allegri didn't go for the jugular when he had the chance. 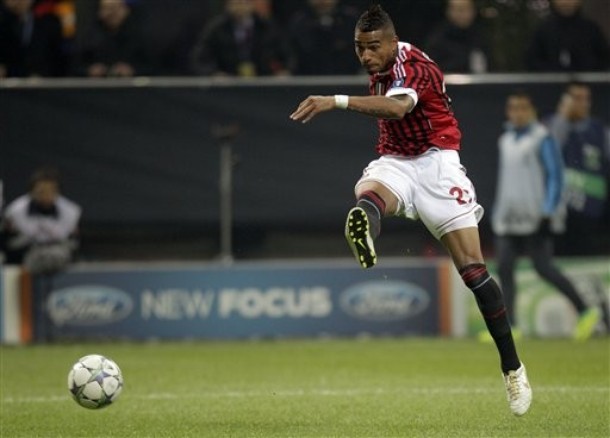 Credit to Abbiati for having a MOTM performance and keeping Milan in the match, and to Prince whose passion is infectious, even three thousand miles away on my couch I was thumping my chest in Prince-esque fashion after his incredible goal. His little touch and feint to bury the ball near post was stellar. The rest of the squad was inconsistent and even while defending admirably the diving and theatrics of Barca are difficult to handle, but not as infleuntial on the match as many will make them out to be. While there is no place for them, they didn't change the match, and even the referee, while consistently bad for both teams, was at least fair. To be clear, Van Bommel negated Xavi’s offside by touching the ball, but it didn’t appear the linesman was going to make the call anyway. The PK was fairly clear, though soft, but the third goal left nothing to chance and the pinpoint passing was incredible. A far cry from Milan’s disjointed passing and lack of connection from the defense. Passes more then ten meters always seemed to be to short, off target, or simply to no one. Not reflective of what Milan is capable of on the ball. 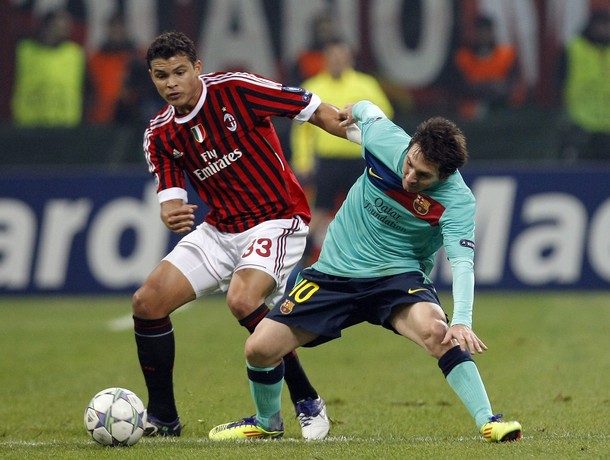 So where does Milan stand? Disappointed is a good start, we had this one and didn’t exert enough class on the game to combat Barca, even though at times it looked as though we could. Like Rocky, the team stood there and took all it could, throw in a few blows, but lost in the end. Now, like Rocky again, I hope only for a rematch to prove that this team can in fact stand toe to toe with the best. So while I believe moral victories are for the weak, this should prove to Milan and the many fans that boldly claimed Barca would wipe floor the with us, that we can in fact compete, with any team, and that Serie A is ours to lose.