The other night I re-watched Barca –Milan. My first viewing was at a bar in Greece, and my second was upon my return home, but now as I sat down to watch it a third time I decided to take a much closer look at the game and what can be done to turn a point into three.

The start of that game was rather surprising; Pato took advantage of a high defensive line and by doing what he does best, run downhill straight to goal. The shocking start however seemed to gloss over the fact that Milan spent the rest of the first half defending, admirably and stoutly, but with little possession and few chances on goal despite Pep’s desire/need to deploy two defensive midfielders as CB’s. Limited possession and chances is in fact a by-product of Barca’s possession game and Milan did well despite this, but when you defend for long stretches inevitably the dam bursts or the levee breaks.

It is no secret around here how I feel about Barcelona. While I respect the Coach and players, the idea of Barca ball and how it is touted by the media makes me ill. There is a belief in many that there are only two ways to play football, Barca’s way or everything else, and if you aren’t playing Barca ball then you aren’t playing football. Teams talk about it, teams emulate it, teams try and fail, because at the end of the day Barca play’s Barca ball and everyone else should find their own identity. To Allegri’s credit we haven’t fallen into this fruitless trap; Milan does have their own identity, one that I have come to appreciate. Stout in the midfield, quick in attack, and strong on defense, the team is just as comfortable defending as they are in possession. This was evident in the previous match, but now that has to change, and for once Allegri has to throw caution to the wind and take a risk.

Now I am not advocating Leo’s absurd 4-1-fantasy of conceding goals, in fact I would be content to live my whole life never to see that awfulness again. Instead we have to look at the match and what it means, and what we stand to gain as a team. Regardless of outcome both Milan and Barca have qualified for the KO stages of the CL, but with a win Milan could potentially (still have to play PLZEN on 12/6) top the group giving them an easier passage into the next round. Again, not a given, but a victory over a team like Barca both in a match and in the group goes a long way to silence some of the Barca aficionados, and remind people that before Barca there was in fact AC MILAN!

So how does Allegri achieve the three points that would mean so much? Simple, pressure Barca’s weakest link, the back line. Defensively Silva, Nesta and Abate are shoe ins, and following Saturday’s performance Ambrosini should get the nod at CDM with Van Bommel on the ready. I say this only because of Van Bommel’s recent sluggishness and rewarding Ambro’s good performance. I don’t expect Ambro to go the full 90 in a demanding match like this one so Van Bommel is kept on the ready. That leaves Nocerino and Prince to help pressure the ball in the midfield, and give freedom to the attacking trident. It is with this trio that Allegri goes for the jugular, Pato, Robinho, and Zlatan. With the understanding that two of those attackers need to pressure at all times, Robinho no problem, but if Milan want to take a risk then Pato and Zlatan will have to roll up their sleeves on both sides of the ball. Time to find out which one really brings his A-game, Zlatan tends to fade when the lights are brightest and if "Pato saves" as many have claimed, now would be the time for miracles. The only position I left out was LB, and Zambro for me is a no go, even though Alves is out, so why not let Taiwo maraud the flank, we are taking risks after all, anything for the three points! So here is how they line-up:

It is Allegri’s and Milan’s time to go for it, all hands on deck, nothing to lose and everything to gain, with the most important thing being respect. I am sick of everyone’s love for Barca, and this notion that Barca is everyone’s second favorite team, is BS. If you like Barca that much then we probably don't need you anyway! Milan has always been a European powerhouse, and while the Lion has rested over the last few seasons, it is starting to rouse, and what better first victim than the best in the World. Put the heartbreaking loss to Arsenal and Tottenham behind and remind everyone who AC Milan is…for those of you who have been around the blog long enough you may remember this little video, and I shamelessly posting it again. It is one of my favorites and something to wake up that competitive spirit in all of us. 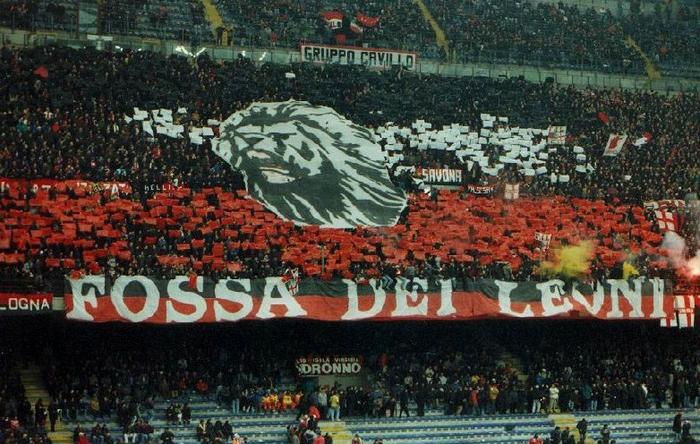