Occasionally there comes a match where Milan will be the better team, create more chances, have a few things not go their way and end up dropping points. Unfortunately, Saturday was that match, and while it is not the best for momentum, going into Barca, with a draw, there are some decent positive to take from the match, as well as negatives. 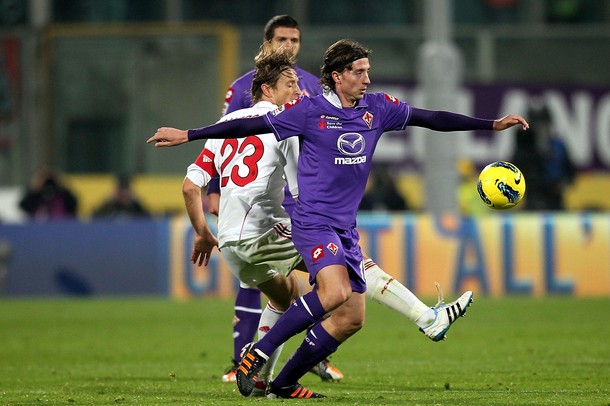 First and most important point to discuss is the clean sheet. I have said it, and will continue to say it, find comfort in keeping the opponent at zero. With a clean sheet you can never lose! Sure you have to swallow a frustrating draw, but one point is always better than none in the long haul of a Serie A season. Second positive is that despite the relative disjointed play of Aquilani and Seedorf Milan continued to create chances, hitting the post and having a goal disallowed. I am not about to chastise the referee, as they are part of the game, and mistakes happen, but even though Milan were seemingly not at their best going forward they were still able to create.

The lack of cohesion going forward had a bit to do with Aquilani and Seedorf for me, while both players had flashes of success, for the most part their styles don't seem to blend. It may be that if one plays the other shouldn't, and maybe Allegri would have been better suited dropping Binho into the CAM role later in the match? This is simply hindsight, but it was frustrating to watch Seedorf and Aquilani make poor choices or over complicated touches when the simpler option was seemingly always present. In true Milan fashion, much like last season, this can be said of the entire attack. At times last season when Milan were pressing for goals, they looked impatient, and forceful, choosing often times to just shoot into defenders or pass into traffic, instead of continuing to hold the ball. This tendency reared it's ugly head again on Saturday and is not the mark of a team with such talented and experienced players in the attack. Credit to Delio Rossi and Fiorentina who defended admirably, getting numbers behind the ball and playing intelligently, but a bit more patience at times may have been the difference.

Many people are laying blame on Allegri as well, but his choices were not all that far off base. Timing could have been a bit sooner in substitutions, but can you fault him for sticking with it when Milan were holding possession and control of the match? Why risk loosing that foothold? I also love to read, "Well do you think he knows he has all three subs?" Of course he does, but why use all three when you are away from home, holding firm on a point, and in control of the match? What if someone, say Abbiati, gets injured, then what? The third sub is a safety net, not something you just use because. The more pressing concern is the inclusion of Urby which leads me to believe Allegri is hoping to use Seedorf against Barca, which looks like a bad choice following this performance. There was also talk about throwing Pato on sooner, but his fitness levels may have been a question and this may have been more of a run out to test the legs then anything else. I will say he did get his nose into some good chances, but why is that Pato fans applaud his position and ability to get on the end of chances, yet they don't call him wasteful? Curious? Had it been Robinho missing those chances, he would have been called a bum. Wasteful or not, end of the day from all those chances we need to finish one. At least for the first time in a long time it appeared he had some sort of understanding with Zlatan, which is imperative if the team is going to be successful with both those players on the pitch. 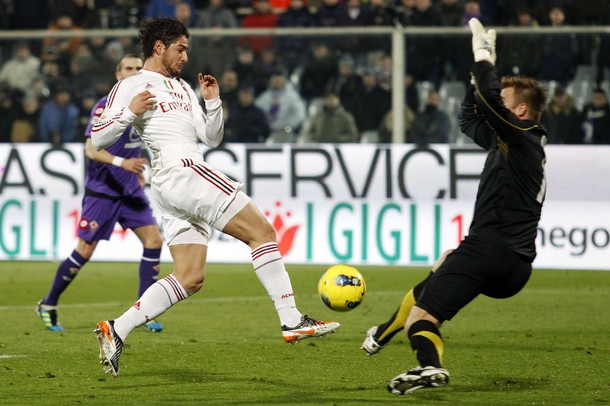 This isn't the worse possible result, but most matches like this one leave you wanting a bit more. It would have been great to wipe the floor with Fiorentina and come out firing against Barca, but it is an opportunity missed. Delio Rossi's impressive records of six straight matches against Milan without a loss still stands, albeit just barely. Now Allegri needs to take a good hard look at the squad and put his strongest foot forward on Wednesday, CL knockout round qualification is assured, winning the group is not, if ever there was time to take a risk, this is it, but more on that tomorrow.