It took 87 grueling minutes for the first goal. It was all that was really needed, Milan stood absolutely no chance today, and the fact that it took so long to KO a team that was out on its feet, made it all the more painful for me to watch. The second goal, was a joke, an Abbiati Did-astear, the second one of the season mind you. Frankly who cares, this was a nightmare, a shellacking, and a disgrace, and the only thing keeping it respectable was the fact that that the result wasn’t the 6-nil drubbing it should have been. 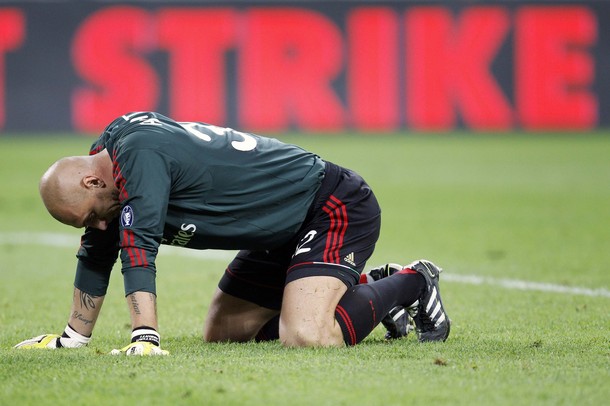 The writing was on the wall early in this one, a ten to fifteen minute run of possession for Juventus in which Milan couldn’t even win the ball, let alone string two passes together. Conte’s formation was just as figured in the preview, it would be a challenge, but when a 4-4-2/4-1-4-1 becomes an out and out 4-2-4 or worse a 2-4-4, there will be significant issues to contend with. Milan were simply over run in the midfield, much like the Napoli match, the extra body in the middle of the park was difficult to deal with for Milan’s three man midfield. Prince who usually comes back and makes his presence known was nowhere to be found and the isolation of Ibra and Cassano was painful to watch. Seedorf was not the right choice in this match, not when an extra ball winner was need to pressure and break up plays. Defensively it was only a matter of time before, to borrow a lyric, the levee broke…

At half time I thought to myself, well Allegri can make a change, did he? Nope, and that was when I threw in the towel. Milan on the other hand had to stand there and take a beating I hadn’t seen the likes of since the Man United/Inter drubbings under Leonardo. A tactical shift of Prince deeper, moving Urby for Seedorf earlier, ditching Cassano for Aquilani to clog the midfield…the options were there, even if they didn’t make a difference, the fact that he didn’t do anything was epically frustrating.

The nice thing about this match is that there is no discussion as to who played well and who didn’t, or what Milan did wrong. Everyone and everything are the only words you need. It took less than two hours for the naysayers to make their presence known on the previous post. No surprise there, it is always easy to add fuel to the fire when the blaze is burning instead of trying to put it out. The real problem and real question is not to ask what went wrong, I made that clear, it was everything, but instead where do Allegri and Milan go from here?

Injuries and fatigue are a very real concern, but they are not excuses anymore, this was closest to a winning eleven Milan has been all season and they were comprehensively beaten. Unfortunately, Allegri and the players don’t have the luxury of a FIFA or Football Manager football match where you throw the players on the pitch and expect results, instead they do what every fan does at their computer and living room, in real time, real life. This isn't virtual football, this is the real thing. That means players make mistakes, chemistry is hard to find, and confidence is a real life emotion, and right now Milan lacks almost all of it. It has been a rough start to the season, inconsistent is the word that comes to mind, but not all is lost, but I can only speak for myself in that regard. I can’t stop the pessimism and I can’t stop the whining and complaining, and there will be a lots of it to endure. What I can do though is remind everyone that the season is not lost on a fixture like this one, or in a single match, what you do with that comment is up to you.

Thankfully, the International break couldn’t come at a better time, its gut check time. It’s also time for Robinho, an integral part of this team, as well as Ambrosini to get some fitness and return to the starting the lineup. Will it make Milan the team everyone wants them to be? I don’t know the answer to that question, but I do know one thing. I will be here come hell or high water, always have been, and always will be. 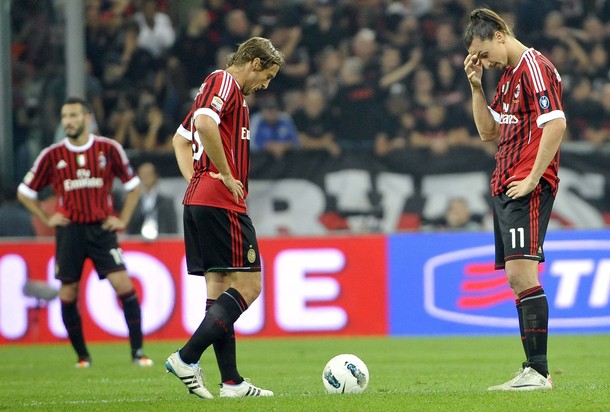