Share All sharing options for: Lecce 3 Milan 4: Close One

Everyone will be quick to lay blame where they see fit, be it Allegri, refereeing, Abbiati, or the defense, everyone always wants to find a scapegoat. It’s only natural, but if you consider the circumstances of the match, then the score line doesn’t tell the whole story.

Three-nil down at half time is not always a promising outlook, some fans probably even throw in the towel and go do something else, but if you stuck it out in this match you truly got rewarded. When you play a team like Lecce, as we have learned in the past, you can’t let them gain the upper hand on the score sheet through silly mistakes and set pieces. Two of Lecce’s three goals came from foolish fouls and errors, with neither being a true testament to Lecce’s skill but more a product of Milan’s foolishness. Missed marking by Yepes and a fumble by Abbiati leading to an Oddo (of all people!)PK conversion, gave Lecce max yield from average play. It didn’t help that Milan’s first half was almost shambolic, defensively they appeared to be playing on ice skates and offensively they couldn’t link three passes toward goals, a half to be erased from memory if there ever was one. 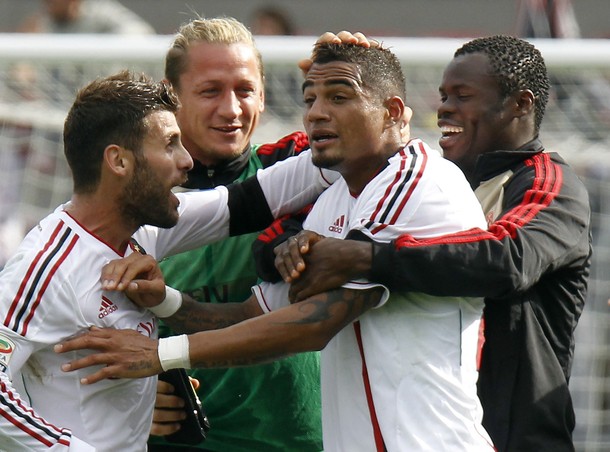 In the second half things appeared a bit more normal, but the real key to the revival was a one Kevin Prince Boateng. His inclusion immediately gave Milan new life. Passion and intensity is one thing, but the skill to finish three great chances that even Zlatan may have struggled with, made Prince the MOTM and then some. He looked simply possessed and with the addition of Aquilani the team really kept the ball in dangerous areas and the entire squad looked like a different team. Cassano and Zlatan were more active, the defense found its legs, and Abbiati calmed his nerves. The comeback was complete with a thundering run and header from Yepes, who made it up for his earlier error, by burying the game winner. A resounding second half, but one that was needed more out of atonement then necessity. 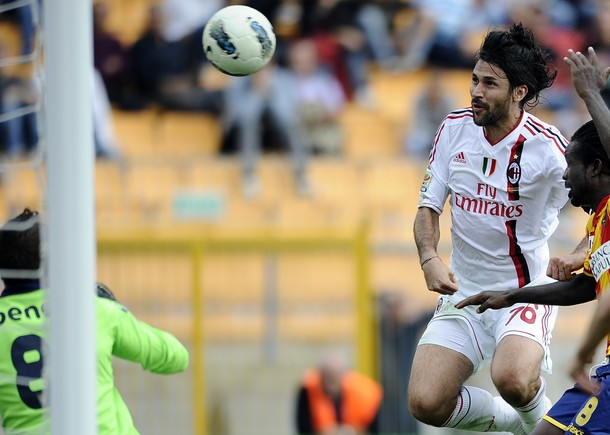 At the end of day the team has three points in its pocket, and like a good team should, they overcame some serious adversity to win. Champions come back in games like this one, but the problem I see is Champions don’t have a Jekyll and Hyde mentality on the pitch. We have seen two dramatically different Milan squads over the course of the season, magnified in this one match, and while injuries, tinkering with lineups and tactics can be a factor, at some point you ask why this roster can’t seem to get some sort of consistency or run of form? The good is great, but the bad is sometimes hard to watch, and right now there is far too much gap in between to instill confidence that this team can win every time they step on the pitch. Some of us believe they can, the high points show that, but the low points make it hard for that belief to continue. Last season it was stellar defending, always believing they could keep a clean sheet, but this year's defensive record, last in Serie A, is not a ticket to a title.

Parma midweek and the fact some players have little to no form and fitness is making it hard for Allegri to rest players, and harder for players who may have little injuries to recover. It will be up to Allegri to find a way to make it work again midweek as the weekend brings a tricky Roma team to the table. Truth be told, six points out of these two would be huge, almost erasing the early season struggles, but depending on which Milan team shows up, I wouldn’t take that bet yet. In case you missed the goals, enjoy, there were seven...