Share All sharing options for: Looking for Three Straight

While many of you will be sleeping off your hangovers, myself included as I attend the wedding of a college roommate in fabled Salem, Massachusetts, home of the Witch Hunt Trials the evening before. Milan will be traveling to Lecce for the dreaded lunch time game of the week. Fans in Italy protest this match by bringing sandwiches to the game and eating instead of cheering, not sure who loses in that protest? Fans on the East Coast protest this match because they don't want to wake up at 6AM on a Sunday after a long night of drinking. Fans on the West Coast protest this match because they can't seem to stay sober enough and awake long enough to take in the match at 3AM, at least for them there is always Red Bull.

Unlike us there is no real room for Milan to struggle in this one. Coming off two strong performances in which they limited the opposition to minimal possession and any real scoring chances a loss of momentum would be a step backward in the progress of the last two weeks. Lecce sits second from the bottom tied on points with our dearest Inter, and their return to Serie A this season has been far from magical. They haven't scored a goal in October but managed a draw against Genoa last weekend. Milan's very own promising midfielder, Rodney Strasser, calls Lecce his home away from home and after three straight substitute appearances earned himself a starting place against Genoa in Lecce's draw. There was a time when on-loan players were not allowed to play against their parent Club for fear of scoring a game winning goal or committing a catastrophic foul to raise the ire of team and fans, but those day are seemingly gone so it will be interesting to see what role Rodney has to play. 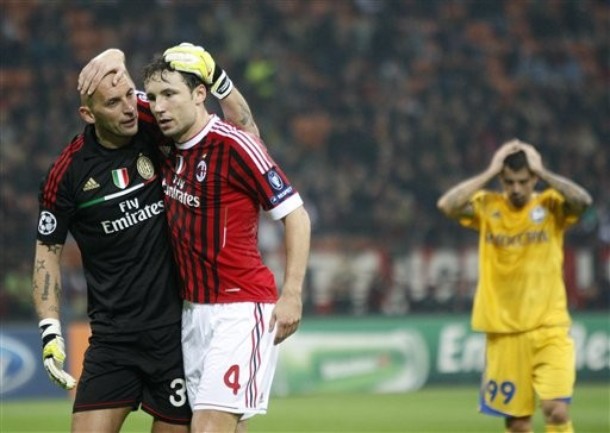 As for Milan, the midweek game against BATE was not a physically demanding affair, but Allegri will still be charted with task of playing a team who is not exhausted while rotating players into different roles for important minutes. Three names come to mind who could use some rest and this may be the game to do it, Nocerino, Nesta, and Van Bommel. Nocerino is not a must, but I feel like I have been hoping Van Bommel gets a game off for a month. He simply won't last at this rate and if Ambro is fit to feature, he should start or at least spell Van Bommel. Mexes showed enough yesterday to earn a start so it can give Nesta a break while keeping Silva on the mend. So enough speculating, here is how I lay it out: 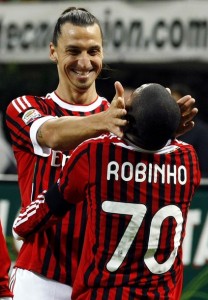 Yes, Bonera is in the lineup, but two straight games with him and six points, play the hot hand. I also think Taiwo earns the start from his midweek performance while watching Robinho, Cassano, and Zlatan in action is simply for my personal enjoyment. They are our most complete and dynamic attacking combination and no reason Lecce can't feel the wrath. Have Urby and El Shaarawi ready so they can get some quality minutes if Milan can get a lead and three points knowing 8 to 11 should move us nicely up to the table.