Every once and awhile I struggle to write a post match review, and today was one of those games. I tend to be a critical person and it is not always easy to be happy about a win, but the more I think about this match the more the result seems to stand out. Sure it took a sloppy own goal and a last minute moment of brilliance from Zlatan, but considering the injury circumstances, and the fact that Milan and Allegri have yet to play a full minute of 2011 with a first choice winning eleven you have to be a bit confident that when things get settled this team should be able to do what were all hoping and wishing, WIN A TITLE!

I am going to recap this match in pieces from my notes, so here it goes: 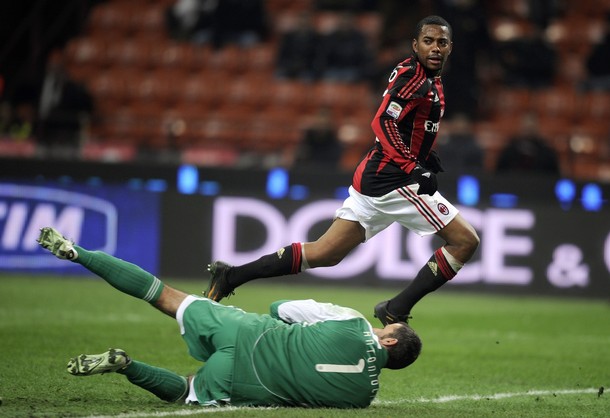 -Robinho, Robinho, Robinho. You have to shake your head in frustration with the missed chances but can you believe you would ever see a day when this guy is simply the hardest worker on the pitch? I mean considering his days at Man City and Madrid you figured him to be more in the mold of the man he replaced but he has been nothing short of a revelation and spark plug for AC Milan doing anything and everything to be in positions to score, defend, and create. His moments of brilliance were many, and not exclusively in the attack either, I just wish he could be rewarded for his efforts with a goal or three. In the summer someone mentioned that Robinho’s purchase would pave the way for Ronaldinho’s exit, AMEN, and thank you.

-Injuries are simply a crisis at this point. Rino and Nesta out for three weeks, and Flamini recovering this team needs reinforcements in every area but the attack and hopefully Fester is hard at work. Yepes performed admirably yesterday and made up for lack of pace much like Nesta, with smart positioning. Sokratis did well to stay out of the way and looked good because of it, it also helped that Cesena rarely attacked with numbers and put him under pressure. Silva was deployed in the midfield to cover but why not play Ants at LM and move Silva to LB was beyond me, but again he did OK. He always reminded me of the great Marcel Desailly and yesterday was no different, his passing; however, reinforces why he is a CB! 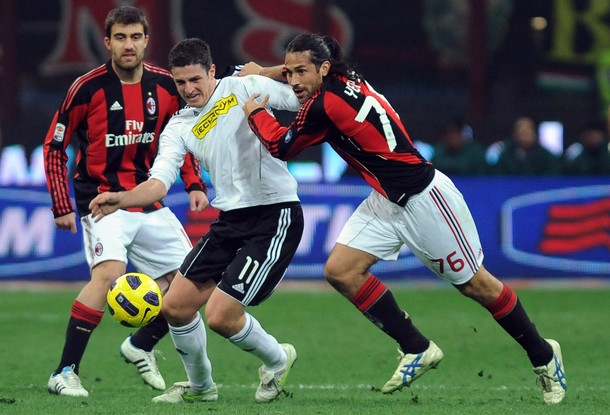 -Merkel was quietly stellar yesterday; he did everything you could ask of a young player in a key role. He played simple, two touch football, and his off the ball movements were second only to Robinho. He can be deployed in mid or as a CAM and along with Strasser should help the issue of midfield depth. He may be a box to box mid in the mold of Gourcuff we have been hoping for and if developed properly will be a pleasant surprise for Allegri and Milan. 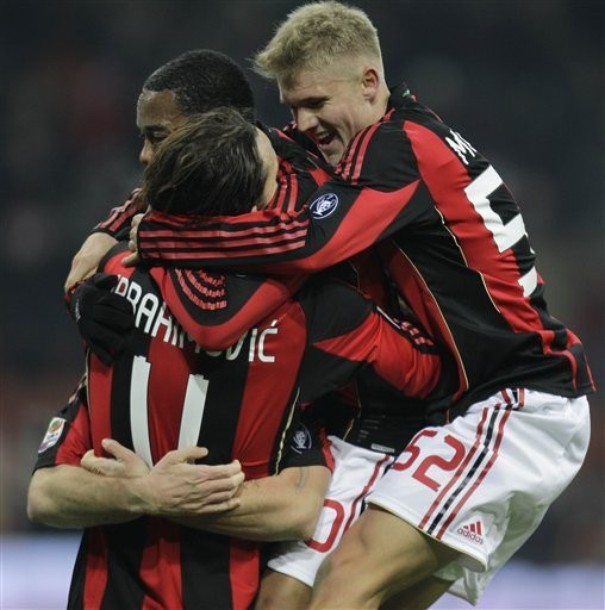 -Abate continues to impress, his crossing was some of the best it has been, and his willingness to take on players has easily made him an attacking threat over the past few weeks. If Milan could match his pace on the left flank you have to believe this team would be difficult to defend. Antonini has the pace but the lack of a left foot is painful. Both players got into dangerous areas but Abate has cemented himself as a first choice RB and Gareth Bale should start to wonder how he is going to pin Abate back and not run circles around Assou-Ekoutu.

-Milan’s attacking trident was fun to watch yesterday. The interchange, the movement, and quick passing created a seemingly infinite amount of chances and while so few found the back of the net on a different day this game could have easily been a thrashing of a lifetime. Cassano will surely get fit, Robinho will lose his snake bitten status, Zlatan will be Zlatan, and you have to believe Pato is the odd man out?? To Chelsea for Jon Obi Mikel anyone????

A win despite circumstances is certainly a plus and a four point lead at the top of the table should keep everyone optimistic. Mid-week matches this week and next means all hands on deck and a bit of creativity from Allegri to keep this team working efficiently. Six points out of the next two will be title imperative and with Leo going back to this old self against Udinese the real challengers are Napoli need to be kept at bay. Shaping up to a be a February to remember.