So I am actually rather speechless. For the casual fan today was probably as exciting a match as you are going to get. Goals, counters, flicks, tricks, and just about everything that makes this game so special, but to be an Udinese or Milan fan on this day was actually rather gut wrenching, frustrating, and nail biting. As I sit here a few hours later, and replaying stretches of the match on ESPN3 and I am still astounded and despite knowing the result, my heart is still racing. It is imperative to commend the team for their attitude, their resilience, and earning an arguable undeserved point, but in the same token you almost have to stand up and applaud Udinese for coming to the San Siro, not to roll over or absorb pressure, but to play football in a way that reminds you how exciting and free flowing Serie A football can be.

I have always had a soft spot for Udinese, their players, their style, their ability to simply turn a match on it’s head. I have always had tremendous respect for them because they have ALWAYS given Milan a game no matter where they may have stood in the table relative to AC Milan. They have also always done the same to our cross-town rivals, Inter, and you have to wonder if playing at the San Siro is just as comforting for them as it is for the boys from Milan. Toto DiNatale now has 11 goals in his past eight matches, and is simply maintiaining a level and caliber of finishing that is incredible. How he has not yet moved to a Club playing Europe is beyond me, because with more matches you have to believe that the small yet crafty striker would place his name amongst Europe’s top goal scorers. As if Toto’s talent is not enough, watching guys like Asamoah and Zapata so young and so composed makes me wonder why Milan has not offered 25-30M for both of them. Imagine Tiago Silva standing next to Zapata as CB’s of the future? Better yet a midfield of Asamoah, Strasser, and Flamini would set Milan up for five years to come, foolish of Milan, but credit to Udinese for finding and holding this talent and making this team competitive. 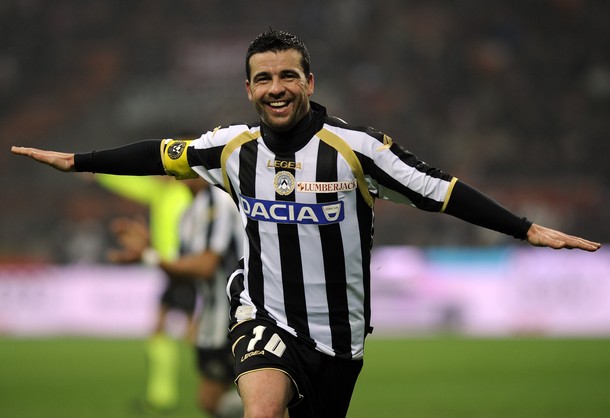 Now enough about Udinese, they do deserve all the credit in the World, but it was made worse by the fact that Allegri got it all wrong today. Yes, his hand was forced based on personnel, or lack thereof, but his inability to read the game and adjust was simply unacceptable. Seedorf did admirably well early in the role Ambro has held all season, but his inability to tackle and cover left Milan exposed far to often, and Allegri’s unwillingness to tuck Strasser and Rino in behind Clarence gave me flashbacks of Leo’s horrifically unbalanced 4-3-3. Credit to Robinho for operating in the defensive third, but as noted many times before, his presence back there is one thing, and certainly positive, but his inability to actually dig and make tackles due to his stature is not beneficial when the opponent wants to posses with numbers. He can slow down a counter, but stopping one is a whole different issue.

Anyone still harboring a strange belief or affinity in Marco Amelia over Abbiati should be examined for lunacy. His lack of confidence and nerves today were apparent from the first minute and it almost looked like Udinese were foaming at the mouth to take shots from distance. In fact he didn’t make a single clean save and while Bonera was to blame for 3 of the 4 goals, you have to believe Abbiati would have come thundering off his line on the last goal to bottle up Denis before the shot and at least meet him head on. Nothing scares a small striker like a hulking six foot tall GK barreling down on you. As for Bonera, his responsibilities or should I say missed responsibilities on the goals were evident, and he can no longer be considered a viable option when Yepes could most likely function in a more intelligent manner, granted the goals on pace were probably going to happen with Nesta as well, but you have to wonder why Allegri doesn’t hold Silva back when he knows pace is an issue. Yes Silva was an asset going forward today on one of Milan’s goals, but his foray forward also left Milan exposed at the back for Udinese’s fourth goal. 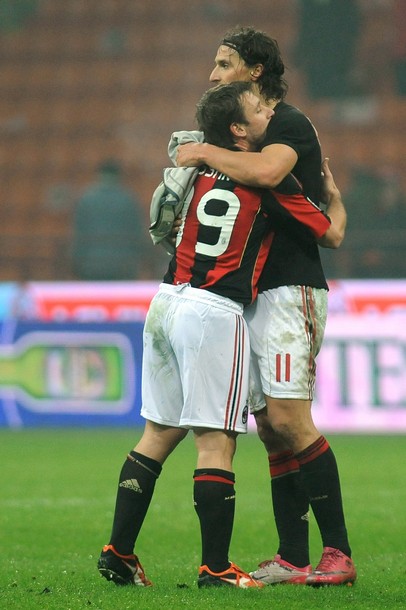 The attack put in another inconsistent performance with Pato doing absolutely nothing for stretches of the match, except of course burying two goals, which made him imperative on this day. He often falls in and out of matches and plays for what seems like five minute stretches in which he excels, only to fade a few minutes later. Robinho was just the same, his work rate was fantastic, but his inability to finish and consistently work well with the ball at his feet is a problem. If he buried his chance early in the second half this would be a moot point, but he was stopped rather acrobatically by Handonivic and didn’t get many other chances in the second half. Zlatan, like his offensive mates, was inconsistent but he always seems to find away to get in a touch that starts an attack, or flick that leads to a goal. His interchanges with Cassano were seamless and almost always one touch, and hopefully a sign of things to come, but his presence of mind to nod the ball to Antonio, beat his defender, receive a fluid pass and then slot past a stout GK was the difference between 1 point and none on this day.

The real praise though on this day has to be Cassano. Yes he is clearly unfit, and actually looks labored on the pitch, but that will come with time. But two have three assists in less than 45 minutes of game action, all of them crucial goals; you can really start to imagine what he will mean to this team playing behind the strikers and being fully fit. He has this simple way of playing the game with a quick touch, or threaded pass that utterly disrupts defenses. In an sense he does it in almost a blunt fashion straightforward fashion, the defender will get into a position to anticipate a feint but it is too late, the ball is past and the striker has scored, before the defenders even gets a toe poke, fun to watch, and even more exciting for the future. 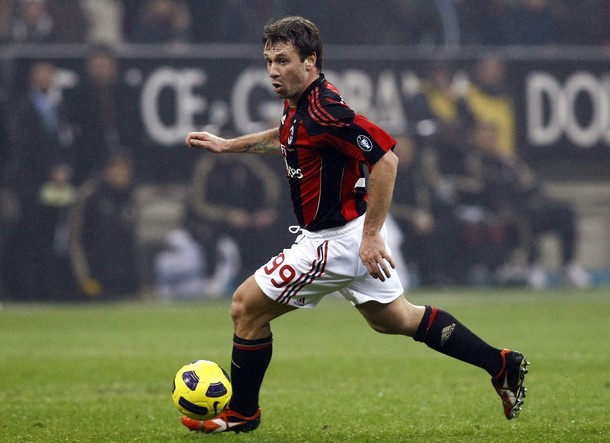 All and all an exciting match, but when reflecting at the fact that injuries have given us a makeshift lineup, coupled with the fact that Allegri’s tactics were all wrong on this day then you have to pleased with the point. Part of me always demands and expects more, and there was no reason Milan couldn’t grab this game and buckle down at the back, but Udinese played too well and to aggressively to not take something from this match. If you haven’t seen the match, do yourself a favor and pull it up on ESPN3 and if you have the ability to download and save it do that to, an instant classic, not for the result but for the sheer determination of both sides to keep attacking and opening the game. Not my favorite type of match as I prefer defense and tactics, but fun to watch nonetheless.