Well first things first, it is great to get three points, but better is the fact that Milan showed some resolve and won a match in which they were out played and out possessed for long stretches. It took a sublime pass from Pirlo and an even better finish from Zlatan to get the win, but they hung with it and showed that they can in fact win, even if they don’t score 5 goals or play this so called "champagne football" that has yet to come to fruition despite the talent on the pitch. I think the commentator Shaka Hislop said best, "For all the talent on the field there was a real lack of quality." 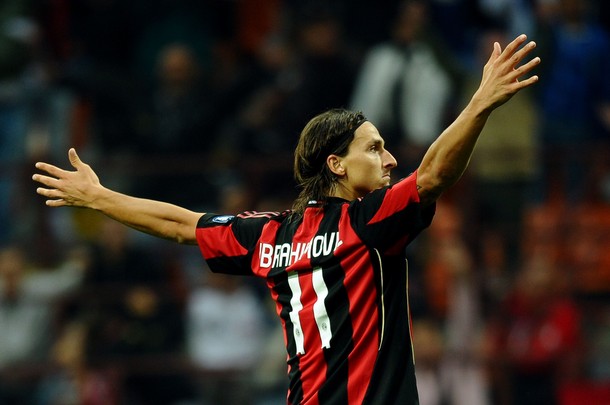 The first and most important issue to address is the shape of the team in the 4-3-3 vs the 4-4-2. The difference was almost night and day, the team was more suited to absorb the Genoa runs forward as they chased the goal, but the attack was more dynamic with Zlatan and Robinho popping up in various spots of the attacking third forcing Genoa’s defenders to actually follow and mark as opposed to wait for the ball to be played into a static section of the 3 man front line. It also allowed the midfielders to support the play of the strikers and create dangerous late runs that forced Genoa to track back. Too bad it was Flamini on the end of some of those great combination's, no one will mistake him for a goal scorer on this day, and hopefully all those anointing him as the midfield savior will see his value as a DM and not necessarily as an attacking threat.

The real surprise today was the play of the much maligned Rino and Pirlo who were very strong in the midfield; working in tandem as needed for this team to be successful. Was it a byproduct of Genoa’s willingness to attack or the work rate of Boateng on the other side? It is tough to tell but it is a welcoming sign as Flamini gains match fitness and Ambro returns from injury, this team will need all midfield hands on deck to be successful. Had Allegri played his cards a little better he would have subbed Flamini for Dinho instead of Rino, and then got Rino or Pirlo some rest with the introduction of Seedorf. The way the team changed they may have even created a second goal as Genoa pressed men forward and we could have countered more effectively with the two strikers as evidenced late on.

On a more sour note, the play of Ronaldinho and Robinho in the wide positions was horrendous. Often times Genoa needed not commit more than one defender to either player making things challenging for the fullbacks as they were not given space to operate because Genoa didn’t have to commit extra players to the ineffective Brazilians. Credit to both Abate and Antonini for getting forward and making good on a few good passes and crosses when given the option while still covering back, this was actually possible with Boateng covering intelligently in front of the defense. For those fanboys still hell bent on the need for these two guys to play, and play together, I want to see your thoughts on a performance that at times made Milan appear to be down to eight men? If anything today showed that a 4-4-2/-4-3-1-2 variation is the way forward, if Allegri doesn’t see that then he can join Leo in the unemployment line, but more importantly if Silvio doesn’t see it, he should stop wasting his money on Coaches and just phone in the 4-3-3 lineup… 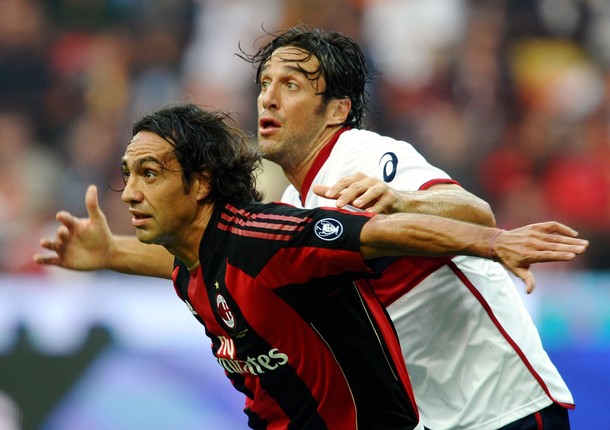 Defensively Milan showed much more organization and skill against a team willing to attack. Abate proved effective and the wing play of Genoa was for the most part neutralized; when they did succeed Abbiati answered the call making some fine saves late in the first half and had little left to do in the second half. I was impressed by Genoa and their possession, with credit going to Veloso who would have made a great addition to Milan, and pulled the strings for Genoa. Toni’s lack of mobility and pace did hurt Genoa but Nesta and Silva seemed up to stopping the majority of forward runs.

On Tuesday Milan make a trip to Holland to play Ajax, a place that still haunts my youth as they beat AC Milan in 1995 en route to a CL final. It should be a very interesting match where Allegri can potentially play more conservatively away from home and build on the steel in today’s performance. Initial reaction would warrant a 4-3-1-2 lineup with Seedorf behind a two striker duo any of the available strikers. Rino, Pirlo, and Boateng cane play in the mid with Flamini on deck to sub for Seedorf or the midfielders, giving Allegri flexibility depending on the circumstances. I also feel Abate has earned another chance and may prove helpful to match the pace of Suarez who likes to drift to that side of the pitch. Being a CL group stage match a draw is sufficient, but a three points would put Milan in good shape as they ready themselves for the test of Jose Mourinho and Real Madrid. The road is still long, but FINALLY a shift out of reverse and into drive for this team. 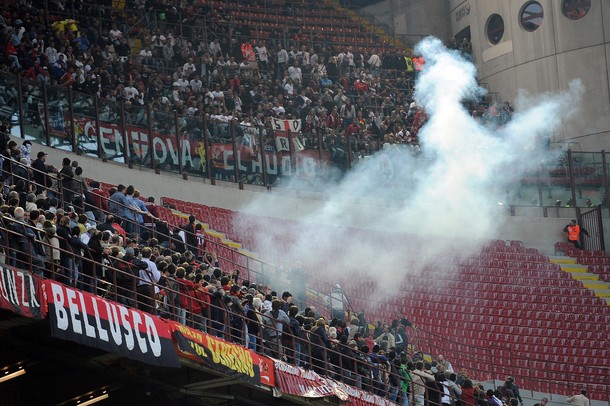